An Ovation Begins After An Encore Is Delivered 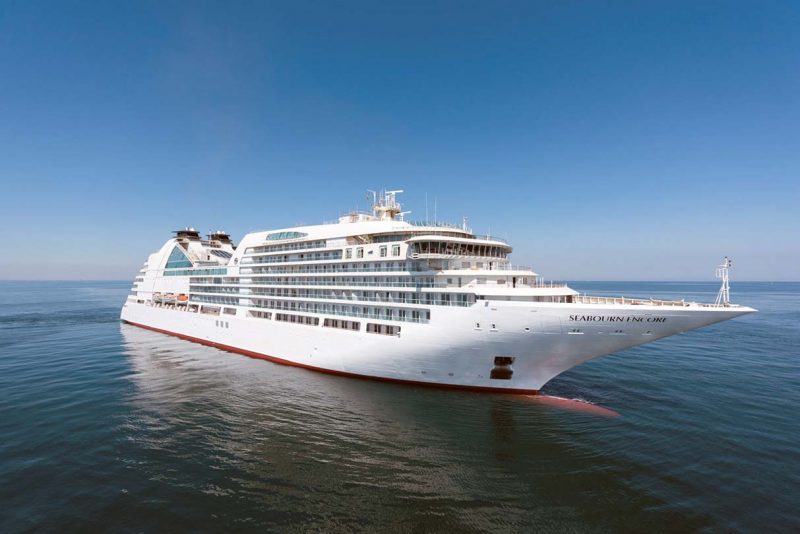 On 30th November 2016 the handover ceremony of the 40,350gt Seabourn Encore (above), the first of two ultra-luxury cruise ships ordered from Fincantieri by Seabourn Cruise Line, a brand of Carnival Corporation, took place today at the Marghera Shipyard (Venice). The ceremony was attended for the ship owner, among others, by Micky Arison, Chairman of Carnival Corporation, Richard D. Meadows, President of Seabourn Cruise Line and Arnold Donald, CEO of Carnival Corporation, while Fincantieri was represented by the Chairman, Giampiero Massolo and the CEO, Giuseppe Bono. The 210m long and 28m beam newbuild was built according to the standards and cutting-edge technical solutions that make Seabourn one of the most prestigious brands and continues the fleet modernisation started in 2009. The 18.6 knot ship can accommodate up to 600 guests in 300 spacious suites featuring a private veranda. The ‘Encore will be officially christened at a ceremony in Singapore on 7th January. International recording artist and the world’s best-selling soprano, Sarah Brightman, will be the godmother and officially name the ship during the celebration. The vessel then departs on her Inaugural Voyage, the 10-day Gems of the Java Sea cruise, bound for Indonesia. 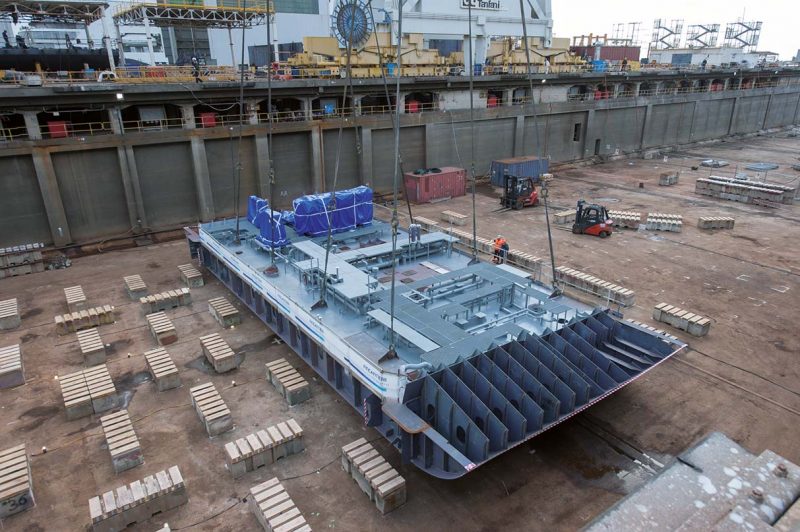 Two days later on 2nd December, the keel laying ceremony for sistership Seabourn Ovation (above) took place in the presence of the Italian Minister of Defence Roberta Pinotti, at the Sestri Ponente (Genoa) shipyard. The ceremony was also attended, among others, for the ship owner, by Captain Stig Betten, while Fincantieri was represented by the General Manager, Alberto Maestrini. The ‘Ovation’ is scheduled to join the Seabourn fleet in spring 2018.