The 71,543gt/2014 built Con-Ro ship Grande Tema of Grimaldi Lines made headlines on 21st December when four stowaways armed with iron bars threatened the crew to try and force them to sail close to the British coast so that they could jump off and swim ashore. The crew of the Grande Tema, which was en-route from Lagos in Nigeria to Tilbury in Essex, locked themselves on the bridge after the stowaways they had discovered four days earlier broke free from a cabin and started to make demands. The master remained in command the whole time and he was on the bridge whilst the four assailants were on the weather deck. The ship circled in the Thames Estuary during the stand-off before members of the Royal Navy’s elite Special Boat Service were airlifted to the ship to detain the four persons under the U.K’s immigration laws. The Grande Tema then proceeded safely to the port of Tilbury.

The year did not end well for the crew of the 59,408gt/2009 built car carrier Sincerity Ace (above) when a considerable fire broke out aboard on 31st December, New Year’s Eve, when she was approximately 2,071 miles northwest of Oahu whilst en-route from Japan to Hawaii. The Captain reported the fire to the U.S Coastguard plus an intent to abandon ship. 5 of the crew of 21 lost their lives. 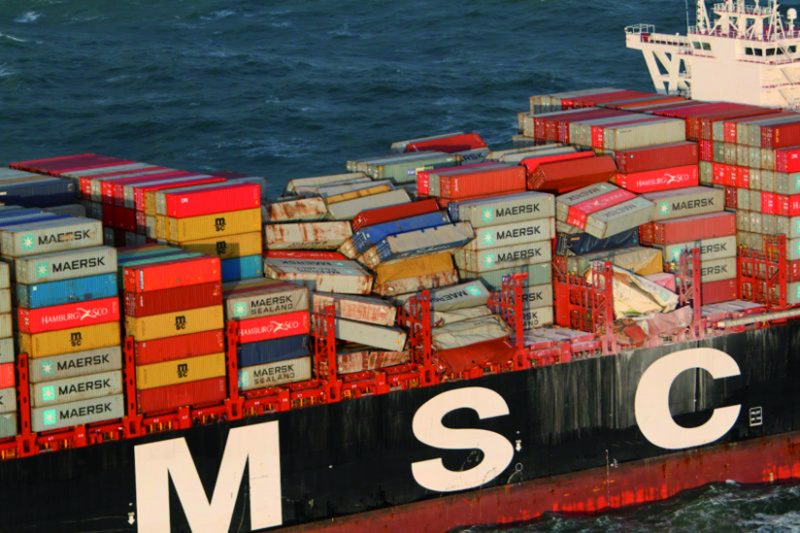 The New Year started badly for the 192,237gt/2015 built, 296m long and 19,224 TEU capacity MSC Zoe (above) when she encountered heavy seas between Vlieland, The Netherlands and the German Bight in the southeastern North Sea on New Year’s Day. Incredibly the ship was reported to have subsequently lost up to 270 containers, mostly filled with car parts, toys, and furniture. About two dozen containers were reported as having washed up on the shores of Vlieland, Terschelling and Ameland, part of the Wadden Island chain.

MSC confirmed in the New Year that a “successful” pirate attack on the 37,071gt/1993 built sub-Panamax container ship MSC Mandy had taken place off the coast of Cotonou, Benin on 2nd January. Six crew members were reported missing. 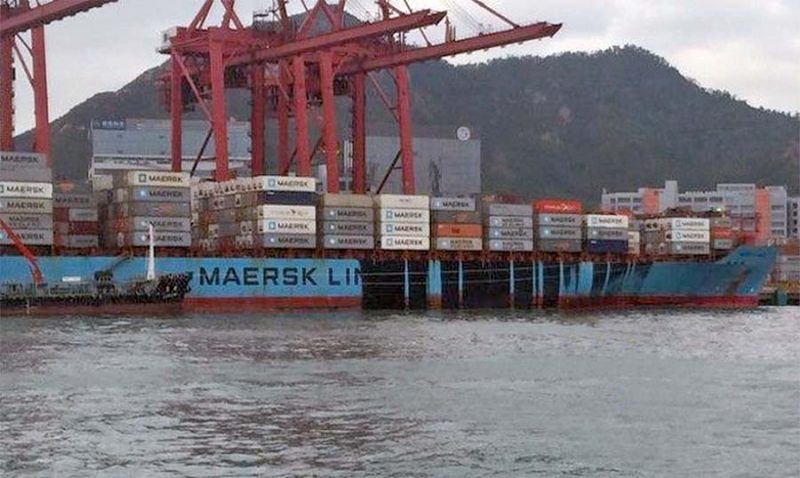 On the morning of 6thJanuary a large bunker fuel spillage befell the 50,686gt/2002 built Maersk Gateshead (above) while she was being refuelled by the 1,974gt/2012 built bunker tanker Carlung at Container Terminal Three in Kwai Chung, Hong Kong. Many thousands of litres of fuel had entered the sea and a slick spread before being contained. 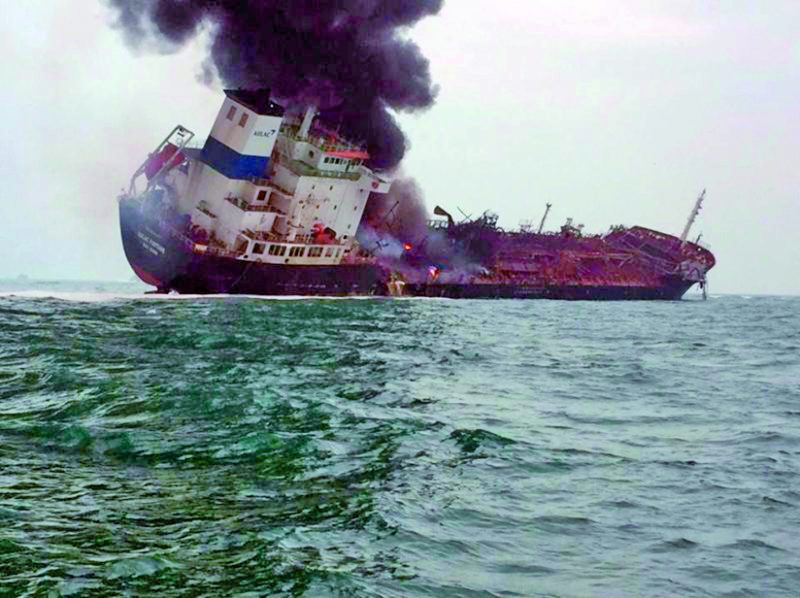 The 11,290gt/2010 built tanker Aulac Fortune (above) was rocked by three explosions on the morning of 8th January while she was at anchor in Hong Kong waters off Lamma Island. The fire on board the Vietnamese-flagged ship is believed to have started as crews were preparing for bunkering operations from a bunker barge. One crewmember was killed and two were missing whilst 21 others, some having suffered injuries including one who was reported in a serious condition, were rescued.

On 3rd January, a fire broke out in one container on the deck of the 88,493gt Hapag-Lloyd containership Yantian Express and spread to additional containers. Hapag-Lloyd warned clients that all cargo in bay 12 on deck and forward aboard the Yantian Express had been affected by the fire, as well as all cargo in hold one, stretching from bay one to nine. All cargo in hold two (bays 11 to 17) had also been affected by fire, smoke and/or damage caused by firefighting water.

Shipping accidents from around the world