On the afternoon of 4th September the 385gt/2005 built Svitzer Marken was in collision with the 49,814gt/1996 built Honor in the northern lock in Bremerhaven as the latter arrived from Antwerp.

One crew member of the tug was severely injured and had to be taken to hospital. The superstructure of the tug suffered significant damage, as well as the starboard foreship. Two tugs were deployed to assist the entry manoeuvre of the vehicle carrier and the Svitzer Marken passed the ships but suddenly changed course and got under the bow of the Honor. The collision left a small hole in the hull above the waterline of the carrier. 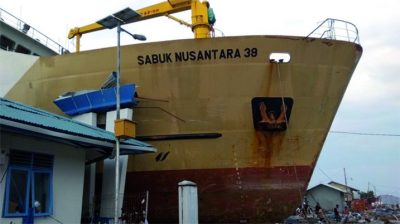 The 2,999gt/2004 built bulk carrier Arklow Resolve suffered an engine failure on 11th September causing her to begin drifting off the coast of Marstrand, Sweden. Units from the Swedish Coastguard were sent to the scene to assist the vessel, which got into difficulty shortly after departing Gothenburg for Seville, Spain. The ship was loaded with fertiliser and a tow line was established to take her to safety.

On 1st October the 2,972 dwt cargo vessel Marina went aground in Tokyo Bay at Kawasaki, Japan. The Marina had been at anchor when strong winds from Typhoon Trami caused the anchor to drag. Before the 12 crew on board could start the main engine, the Marina was blown ashore onto the breakwater. 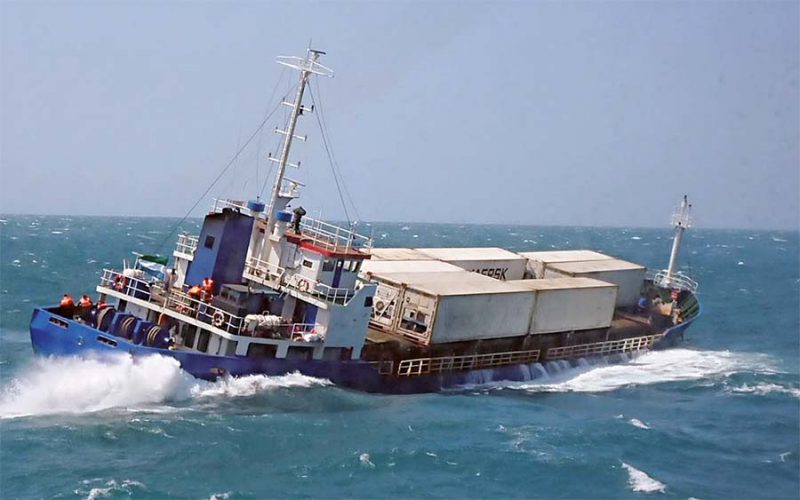 On 2nd October the 70m long and 498gt/1982 built cargo vessel Ying Hai capsized and sank in the Taiwan Strait south of the Penghu Islands, Taiwan (above). The Ying Hai was en-route to Busan, South Korea, from Kaohsiung when her cargo of containers shifted in heavy seas. Several containers fell overboard and the ship developed a list. The crew alerted authorities and abandoned ship. Helicopters and search and rescue vessels were dispatched to the scene and all 9 crew were evacuated. The next day the Ying Hai continued to list until she rolled over, quickly flooded and sank.

The 7,112gt/2007 built container ship Iduna was disabled in the Baltic Sea whilst en-route from Klaipeda to Hamburg on 2nd October. The ship anchored and the 365gt/2015 built tug Atlantis arrived on the scene on 4th October to tow the ship back to Klaipeda.

On 5th October the 10,377gt/2016 built asphalt tanker Feng Huang AO became disabled off Nantucket Island, Massachusetts, USA, after a fire broke out in her engine room. The ship had 21 crewmembers aboard and was 57 miles southeast of Nantucket Island bound for New York.

Shipping accidents around the world