The 3,749gt/1990 built Moldovan-flagged cargo ship Acorus has been banned from the Paris MoU for a period of one year due to repeat offenses. The ship was detained in Piraeus, Greece, in November during a re-inspection for lifting the refusal of access order, which was imposed in July 2017. The detention was the second against the vessel in 36 months. The Moldovan flag is blacklisted on the current Paris MoU White-Grey-Black list. As a repeat offender, the vessel, under section 4 of the Paris MoU, Article 16 of EU Council Directive 2009/16/EC, will be refused further access to any port and anchorage in the Paris MoU region, except a port and anchorage of the ship’s flag State, for 12 months. The Paris MoU consists of 27 participating maritime Administrations covering European coastal countries and the North Atlantic basin from North America to Europe. Current members include Belgium, Bulgaria, Canada, Croatia, Cyprus, Denmark, Estonia, Finland, France, Germany, Greece, Iceland, Ireland, Italy, Latvia, Lithuania, Malta, the Netherlands, Norway, Poland, Portugal, Romania, the Russian Federation, Slovenia, Spain, Sweden and the United Kingdom.

The 131,771gt/2009 built MSC Luciana collided with the Chinese engineering vessel Su Lian Hai 0118 off Port Caofeidian in China on 21st November. The engineering vessel sustained severe starboard side damage resulting in a 2-3m high rupture and water ingress that put her crew of 16 in danger. The vessel was towed to safety and the MSC ship, bound for Busan at the time of the incident, suffered only minor damage in the collision. 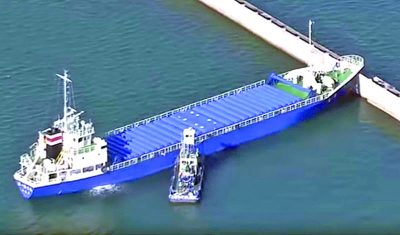 A British Columbia First Nation is breathing a sigh of relief as a barge carrying millions of litres of fuel was removed from its harbour on the central coast. The barge broke away from a U.S. registered tugboat, the Jake Shearer, southwest of Bella Bella on 29th November. Heiltsuk Chief Councillor Marilyn Slett says it’s “terrifying” to consider the damage that could have been caused if a spill occurred. The barge was carrying 12.5 million litres of diesel and gasoline, which Slett says is four times the volume initially estimated. Another tugboat was brought in earlier this week to help in completing the tow to Alaska. The Heiltsuk experienced a significant diesel spill last year when a tug ran aground off the coast, and Slett says she wants vessels regulated out of her community’s waters for good. “Indigenous communities bear the highest risk from marine shipping incidents, and it’s time for our deep local knowledge and stewardship ethic to drive marine emergency response in the region,” said Slett. “We look forward to implementing our proposal for an Indigenous Marine Response Centre with the support of all other levels of government and our neighbours.” 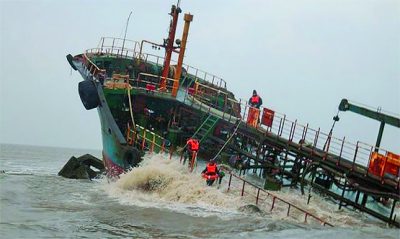