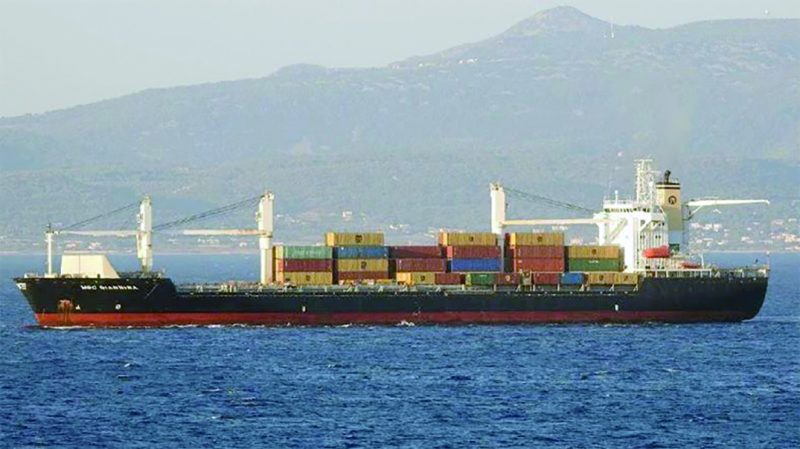 On 19th October came reports suggesting that the Captain of the 21,531gt/1997 built containership MSC Giannina (above) had gone missing while the ship was in the Tyrrhenian sea whilst the vessel was en-route from Gioia Tauro to Genoa, Italy. The ship continued her voyage under the command of the Chief Officer, arriving at Genoa on 21st October where she was detained pending an investigation. Later, two officers were arrested. 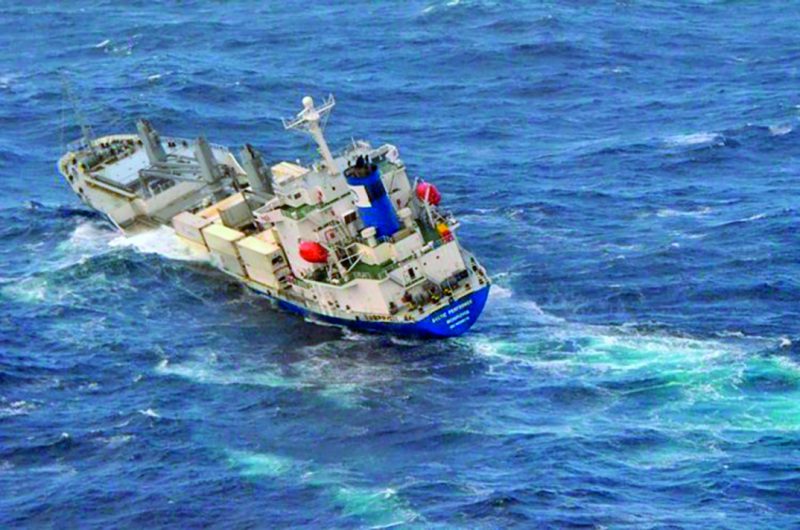 The 10,381gt/1992 built and 10,603dwt reefer vessel Baltic Performer (above) suffered a 12 degree list (increasing to 18 degrees) after 4,800 cargo pallets (loaded with onions) shifted in inclement weather conditions off Penmarch, Bay of Biscay, on 21st October. At the time, the ship, with 25 crewmembers aboard, was en-route from Vlissingen to Senegal. The Liberia-flagged ship changed her course and docked at the port of Brest.

On 24th October came the news that six crewmembers from a German container vessel had been kidnapped in Nigerian waters on 21st October. The 3,091 TEU capacity and 35,881gt/2005 built Demeter was the ship involved, operated by Peter Doehle Schiffahrts KG.

The 244m long and 60,205gt/2012 built tanker Maria Bottiglieri ran aground on the Western Scheldt near Borssele, The Netherlands, on 26th October. The ship was bound for Antwerp having sailed from the U.S.A. when she suffered a mechanical failure and grounded. After being refloated by three tugs, the ship was escorted to a nearby anchorage for further inspection.

A few days later the Odfjell operated 29,965gt/2004 built tanker Bow Spring ran into difficulties on 2nd November in the Westerchelde. She encountered two blackouts and was reportedly detained before being permitted to proceed to Antwerp that afternoon, escorted by tug.

On 1st November the 1,863gt/1974 built Turkish cargo ship Bilal Bal, with 10 crewmembers on board, sank in the Black Sea near the Asian side of Istanbul whilst laden with cast iron from Bursa to Zonguldak. At the time of writing the crew was reported as missing.

In late October the UK Marine Accident Investigation Branch issued its investigation report into the August 2016 grounding of the 178,228gt/2015 built UK-flagged ultra-large containership CMA CGM Vasco De Gama during her approach to the port of Southampton, determining that the incident was largely due to pilot error. The 399m long and 17,800 TEU capacity containership Vasco de Gama grounded on the flat, sandy bottom on the western side of the Thorn Channel in the Solent upon her approach to the Port of Southampton early on 22nd August. 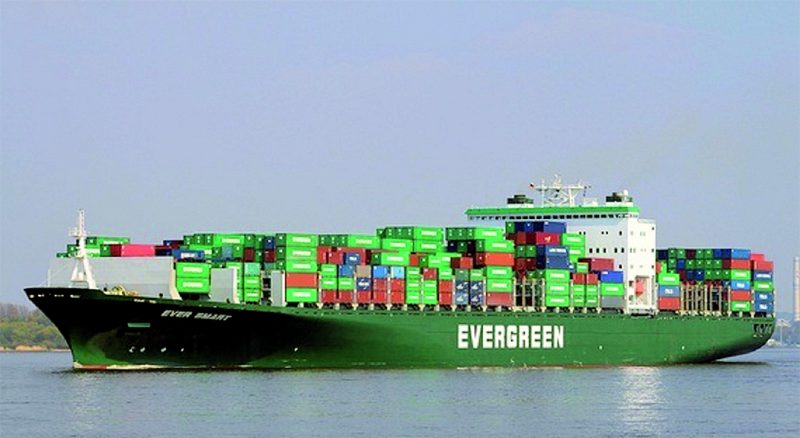 On 30th October the U.K registered Evergreen vessel Ever Smart (above) lost 42 containers overboard around 700 nautical miles east of Japan. The 75,246gt/2006 built ship was underway from Taipei to Los Angeles.There had been a powerful hurricane force low-pressure system over the northwestern Pacific, which may explain how the loss of cargo was caused.

Some of the shipping incidents in the last month