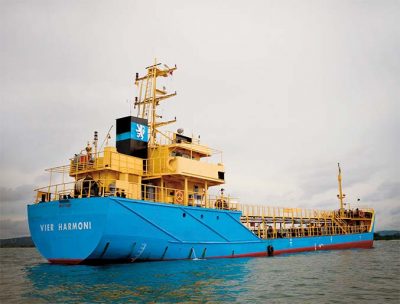 The 497gt/2014 built Vier Harmoni (above), carrying 900,000 litres of diesel (a value of $390,000), was reported missing on 16th August when she sailed from Kuantan Port in Malaysia without paying a bond to the country’s authorities. The tanker was initially believed to be hijacked by pirates. However, it was later revealed that the vessel was taken to international waters by her crew due to an internal dispute between the crew and the ship’s owner or charterer. The Indonesian Navy’s Western Fleet Quick Response Team (WFQR) of Tanjung Pinang Naval Base then found and arrested the tanker off West Kalimantan, Indonesia before escorting the ship to the port of Tanjung Pinang. 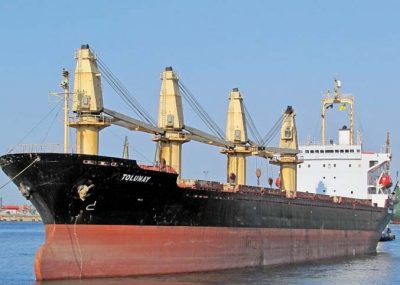 On 17th August the 13,865gt/ 1995 built dry bulk ship Tolunay (above) collided with the Turkish coastguard vessel SG-25 resulting in the capsizing of the coastguard vessel and the closure of the Bosphorus Strait, a vital tanker artery. Four people were rescued and taken to hospital but sadly 3 Turkish Coast Guard personnel were killed. This was the third time this year that the strait had closed, including during the coup attempt in July. The density of maritime traffic in the Bosphorus, which links the Black Sea to the Marmara Sea, has increased eleven fold from around 4,400 ships passing annually in 1936, when the Montreux Convention was signed to regulate transit and navigation in the Straits, to an average of 48,000 vessels per annum nowadays.

Various accidents and incidents from around the world