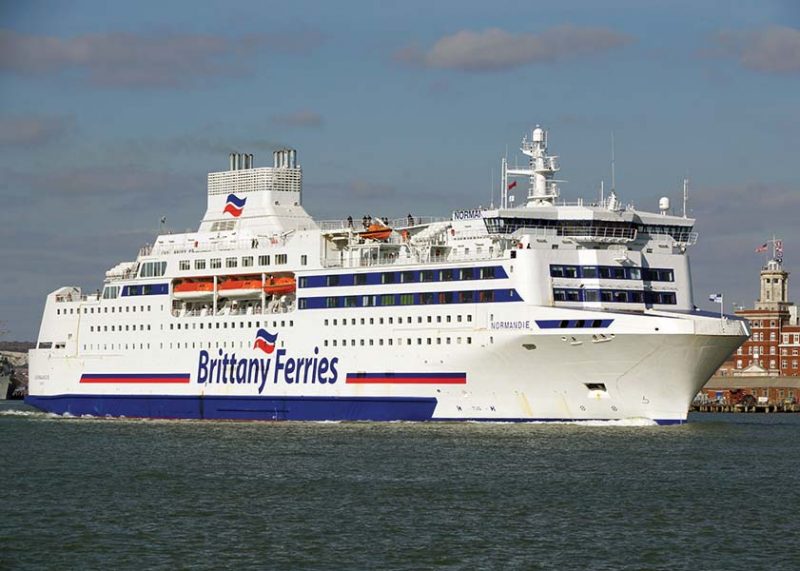 Brittany Ferries’ 27,541gt/1992 built Normandie (above) resumed service on 17th April after her power switchboard failure the previous week. Repairs had been completed in Cherbourg so the ship sailed from there to Portsmouth instead of Caen (Ouistreham) ahead of returning to her normal schedule.

The seasonal highspeed service offered to Cherbourg by the 6,581gt/2000 built Normandie Express resumed on 27th April. The 40,859gt/2004 built Pont Aven diverted to Brest from Cork instead of Roscoff on 8th May due to a propeller problem. The ship was withdrawn from service until repairs were completed.

BC Ferries has sold the 651gt/1964 built Tenaka to lady Rose Marine Services of Port Alberni, B.C. following a competitive bidding process. The 43-metre Tenaka was built at Victoria Machinery depot, and accommodates 24 vehicles and 100 passengers and crew. The vessel primarily served the Quadra island – Cortes island route and last sailed in the fleet in December of 2014. lady Rose Marine Services took possession of the vessel in mid-May and after conducting a dry-dock and maintenance period.

They intend to put the vessel into service by the end of this year, providing passenger and freight service from the Alberni inlet.

The 2,885gt/1982 built Queen of Cumberland completed a major mid-life upgrade and returned to regular service on the Swartz Bay-Southern gulf islands route on 22nd April. The refit was conducted at Esquimalt drydocking Company and some of the work conducted included the following: main propulsion system overhaul and upgraded propulsion control system; installation of a new evacuation system and replacement of the rescue boat; complete electrical system overhaul; renew harbour generator and switchboard plus the installation of a new overhead walkway access to the upper deck for walk-on passengers.

Condor Ferries gained a new CEO as of 1st May. Paul Luxon has taken up his post having been announced as the new man in charge at the end of 2015. He has spent the intervening months completing his term as Minister for the Health and Social Services department in the States of Guernsey. Following all of the problems and bad publicity encountered by the company since March 2015, Paul has certainly got a task to fulfil to turn the situation around.

Corsica Ferries has revealed that it intends to rename Tallink’s 36,277gt/2008 built Superstar as the Pascal Lota when the ship passes to their ownership. The name is that of Corsica Ferries’ founder who died in January 2016.

DFDS enjoyed a record year on its Newcastle to Amsterdam service in 2015, carrying more than 580,000 passengers. The result was boosted by the company’s strongest ever May to September performance, during which the two ships on the route carried more than a quarter of a million people. Sister ships, the Princess Seaways and the King Seaways, provide daily sailings on the route and the growth in popularity of the service means the operator is looking to set new records this summer too.

Passenger numbers hit record highs last summer, with almost 70,000 people using the service in august alone. The steady growth in the popularity of the route has provided a boost to tourism in the North East with more than 395,000 visitors from Europe and further afield using the ferry service to visit the region in 2015. 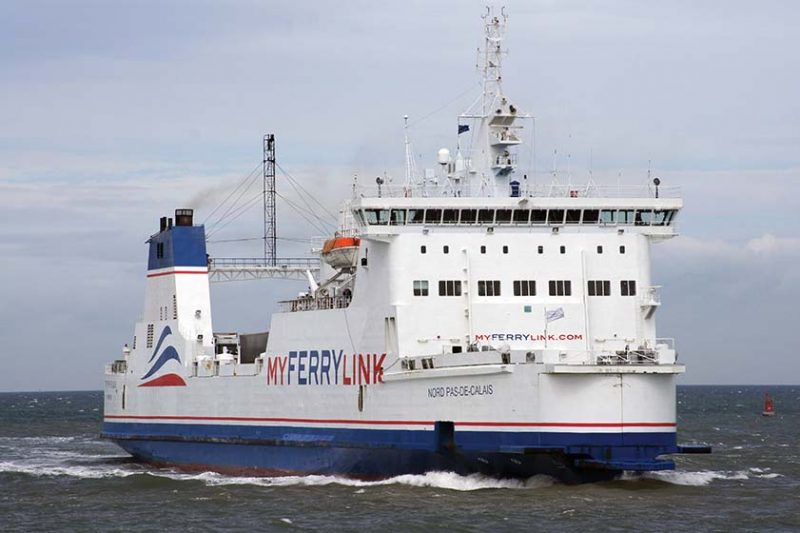 MyFerryLink former 7,624gt Ro-Ro vessel Nord pas de Calais (above), built in 1987 at the Dover-Dunkerque trainferry for SNCF Sealink, has reportedly been sold by the Eurotunnel group to FRS for further service on the Gibraltar Straits serving TangerMed from Motril as Andalus Express. The ship began flying an FRS flag at her layup berth in Dunkerque in early May and will enter service on 15th June.

Moby Lines’ 76m long and 2,123gt/1981 built Ro-Ro/passenger ferry Giraglia went aground off Santa Teresa Gallura, Sardinia on 11th April. The Giraglia had departed from Santa Teresa Gallura with 69 passengers and 15 crew bound for Bonifacio when she suffered a power blackout. The main engine had failed and the ferry drifted onto the rocks just off the shoreline. The vessel requested assistance and authorities evacuated all 69 passengers. The 387gt/1976 built tug Vincenzo Onorato towed the errant ferry to Naples for inspection and repair. The 2,033gt/1974 built Bastia was later sent to cover the Santa Teresa link.

Nova Star Cruises Limited, the ferry company formerly operating in Nova Scotia and Maine, filed for bankruptcy with Halifax district court on 13th April 2016. The company resorted to the move having accrued $15 million in debt to creditors. What is more, Nova Star is linked to numerous outstanding payments to the city of Portland, Portland Pilots and Portland Tugboat to name just a few. The company ran into trouble at the start of its operation amid regulatory delays and lower than expected demand for its service, especially in 2015. The situation for the ferry operator was further exacerbated due to the fact that the company lost the contract for the ferry service between Yarmouth, Nova Scotia and Portland, for the 2016 season. Ventouris Sea Lines’ 5,122gt/1972 built Panagia Tinou (above) effectively ended her career from 26th April when she was noted listing to starboard at her mooring in Piraeus. The ferry was previously operated by Ventouris Sea lines but was seized by authorities in early 2015 over mounting debts, including unpaid wages to crew. The ship had been abandoned for months and quickly sank to the level of her passenger accommodation. Five tugs were on scene and the Blue galaxy, which had been moored beside her, was moved to safety.

The Panagia Tinou was built as Sealink’s Hengist on the Folkestone-Boulogne route. She found fame on 15th October when she survived being beached during that infamous hurricane. The ship had enjoyed a successful career in Greek Waters since 1992. Her sister Horsa is also abandoned in a similar manner whilst the ex-Senlac was scrapped some time ago along with the smaller ex-Vortigern.

The Rettig Group of Finland is divesting its RoRo shipping company Bore to the Dutch shipping company Spliethoff’s Bevrachtingskantoor. all activities of the Bore business will transfer to Spliethoff, including all of Bore’s employees and Bore’s entire fleet of nine RoRo vessels. The deal is expected to close on 30th June 2016 and does not require any approval by competition authorities. The Spliethoff group operates a fleet of over 100 vessels worldwide. Finnish RoRo line operator Transfennica has been part of the Spliethoff group since 2002.Stena line’s former Ro-Ro vessel Trelleborg arrived at Lisbon for bunkers on 15th April en-route from Uddevalla to Piraeus following her sale to new owners. The 20,028gt/1982 built ship now carries the name Sunny. Meanwhile the 24,208gt/2000 built Malo Seaways was still at Dunkerque in April receiving repairs and GNV livery. The ship will be renamed Stena Nordica prior to being delivered on charter to GNV for use on their Civitavecchia-Termini Imerese service. 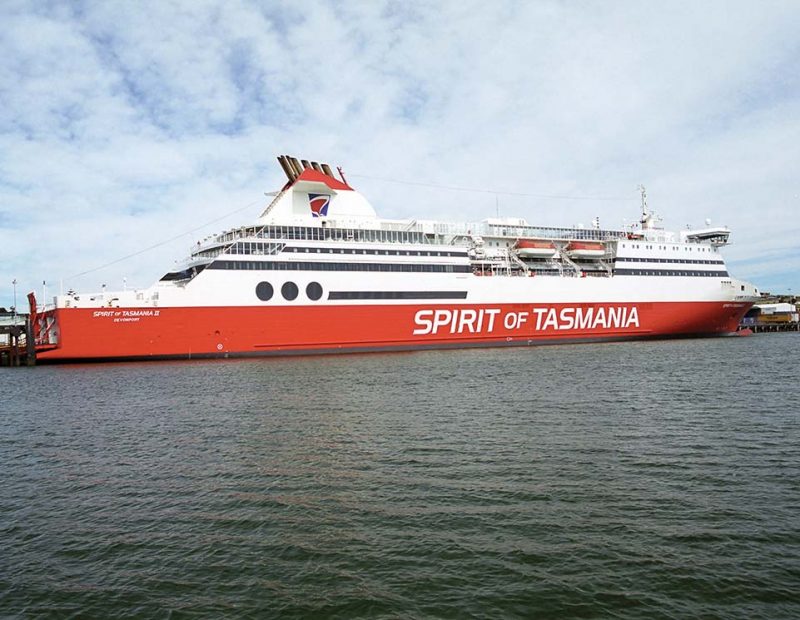 TT Line’s Spirit of Tasmania II (above) encountered some severe sea conditions on 2nd May during a routine Melbourne Devonport crossing. The 29,338gt/1998 built ship was undamaged but a large semi-trailer was turned on its side and cars pushed together during the trip. 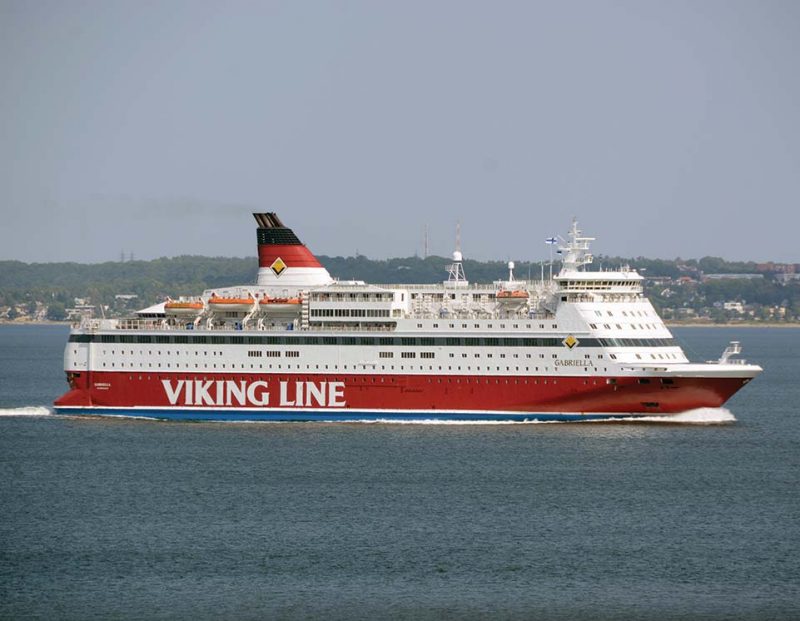 Viking Line’s 35,492gt/1992 built Gabriella (above) returned to service on 21st April after an extensive modernization. The Gabriella now offers eight new restaurants, 100 upgraded cabins, expanded shopping opportunities and new spaces for children and teenagers. The other Viking line vessel serving the Helsinki–Stockholm route, the 37,860gt/1985 built Mariella, was dry-docked a year ago. The task of modernisation on this route has thus been completed. The restaurants on board the Gabriella underwent detailed upgrading during the three week dry-docking so the vessel now has eight new restaurants, among them No Name, which offers an innovative meal concept that features tasting menus consisting of seven or nine courses. The vessel’s nightclub has been totally renovated, including new technology, and its name has been changed to Club Mar. The nightclub leads directly to the upstairs Pub, which serves as a karaoke and troubadour venue early in the evening and as a club during the wee hours. also new are the Bistrotek restaurant, with a menu including the bounty of the sea, and the grill restaurant, where chefs prepare the food in an open kitchen. Coffee & Joy, in turn, specialises in all varieties of coffee and baked goods freshly prepared onboard. The Gabriella’s entrance foyer, corridors and cabins were also renovated. around 100 cabins received a facelift, and 26 four-person Comfort Class cabins were added. at the same time, all cabin classes from Comfort upward were equipped with new top-quality mattresses.