A New Star Is Born 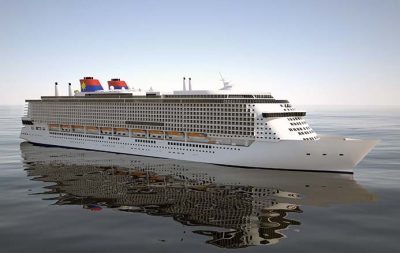 On 10th May in Wismar, Germany, Genting & Lloyd Werft signed an order for two mega cruise ships for Star Cruises. The two 201,000gt Global Class ships will have 5,000 lower berths and will be the first purpose built cruise ships deployed for the contemporary Chinese market.

On 13th May Fincantieri’s subsidiary Vard Holdings Limited (Vard) has signed a Letter of Intent with an undisclosed international cruise company for the design and construction of two small-sized cruise vessels. The hulls will be built by Vard’s shipyard in Tulcea, Romania, while the delivery of the units is scheduled, respectively, in 2019 and 2020 from Vard Langsten in Norway.

The parties have a common intention to enter into contracts at the beginning of the third quarter of 2016. The vessels, for which Fincantieri will be engaged in the supply of some important parts to be built in Italy, are specially designed in co-operation with the customer by Vard Design in Ålesund, Norway, for a high standard of facilities, ice-class and the highest demands for environmentally friendly and safe operations. They will be 137 metres long, 22 metres wide and approximately 14,500gt, being able to accommodate on board 240 passengers in 120 cabins.

This success enhances Vard’s diversification strategy, carried out in close collaboration with Fincantieri, which has already given important outcomes with the achievement of prestigious goals, as the signing of the Letter of Intent for 4 smallsized luxury cruise ships for the French ship owner Ponant, a subsidiary of Artemis Group (holding company of the Pinault family). VARD is 55.63% controlled by Fincantieri which fully consolidates its financial results. 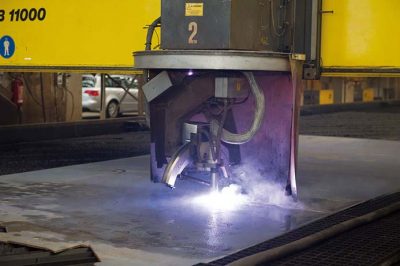 On 7th June the steel cutting ceremony for the Seabourn Ovation, the second of two ultraluxury vessels which Fincantieri is currently building for Seabourn, a brand of Carnival Corporation, took place at the shipyard in Sestri Ponente, Genoa (above). The ceremony was attended by Seabourn President Richard Meadows and Fincantieri shipyard Director Raffaele Davassi. The sister ship, Seabourn Encore, is currently under construction in Marghera’s Fincantieri yard and will be delivered by the end of the year. The 210m long, 28m beam and 41,000gt ‘Ovation will join the fleet in spring 2018.