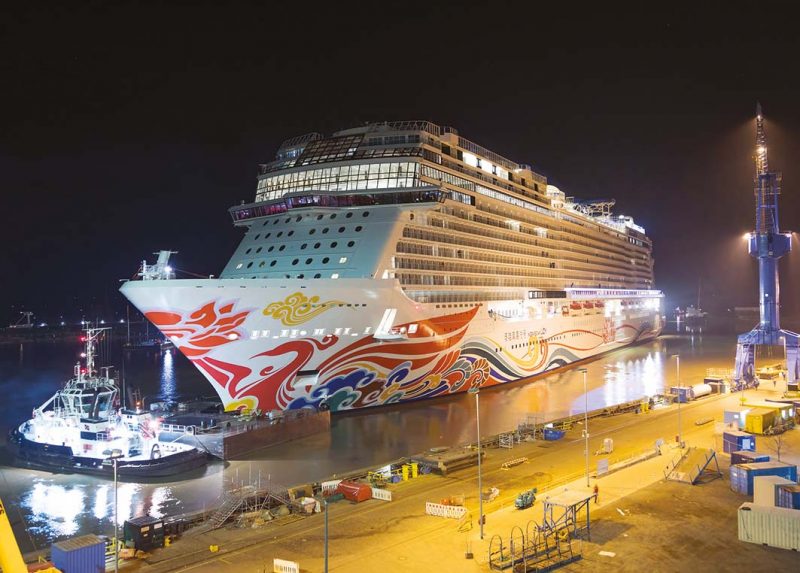 Norwegian Cruise Line’s 168,800gt Norwegian Joy was floated out of the building hall at Meyer Werft’s Paspenburg Yard on 4th March (above). The ship commenced the conveyance of the River Ems to Eemshaven on 26th March at around 2100, a slow voyage whilst being towed astern that takes around 14 hours. Following sea trials and final fitting out, delivery will follow on 27th April and the ship arrives in Shanghai in late June where she will serve the Chinese market year-round. 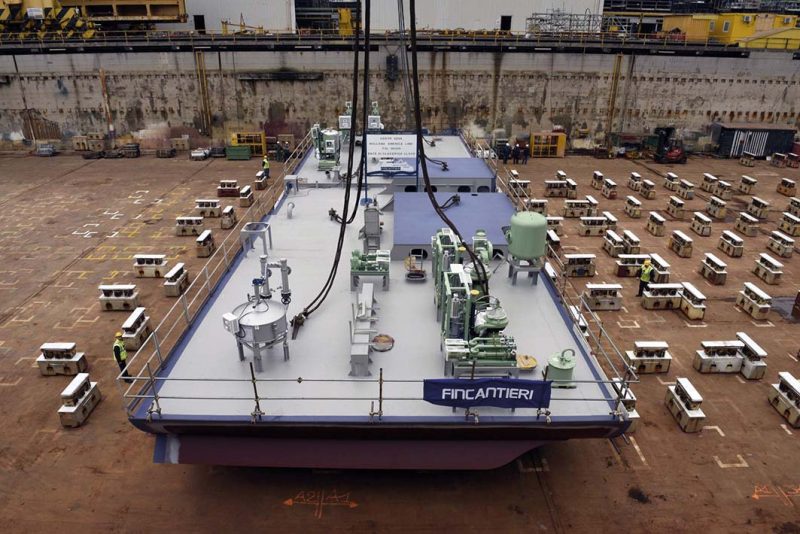 On 20th March the keel laying ceremony for the 99,836gt Nieuw Statendam, the latest cruise ship which Fincantieri is building for Holland America Line, took place at Fincantieri’s shipyard in Marghera, Venice. The first building block of the ship, 11.3m long, 34.8m wide and weighing about 260 tons, is part of the central section of the Nieuw Statendam, due to delivery at the end of 2018. The ship is a sister of the Koningsdam, the new 300m long Pinnacle Class ship delivered in March 2016 from the same shipyard. 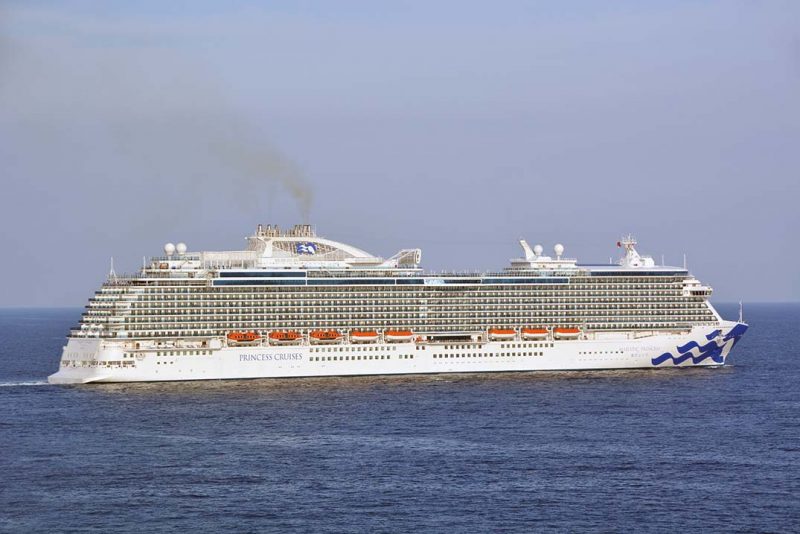 On 30th March Princess Cruises’ new 144,216gt Majestic Princess (seen above at Monte Carlo on 11th April), the third Royal Princess class unit built by Fincantieri, was delivered at the Monfalcone shipyard in the presence of the Italian Prime Minister, Paolo Gentiloni. The ceremony was attended by the President of the Region of Friuli Venezia Giulia, Debora Serracchiani, and represnting the ship owner by Micky Arison, Chairman of Carnival Corporation, Arnold Donald, CEO of Carnival Corporation, Stein Kruse, CEO of Holland America Group, and Jan Swartz, Group President of Princess Cruises and Carnival Australia. Fincantieri was represented by Giampiero Massolo, Chairman and Giuseppe Bono, CEO. 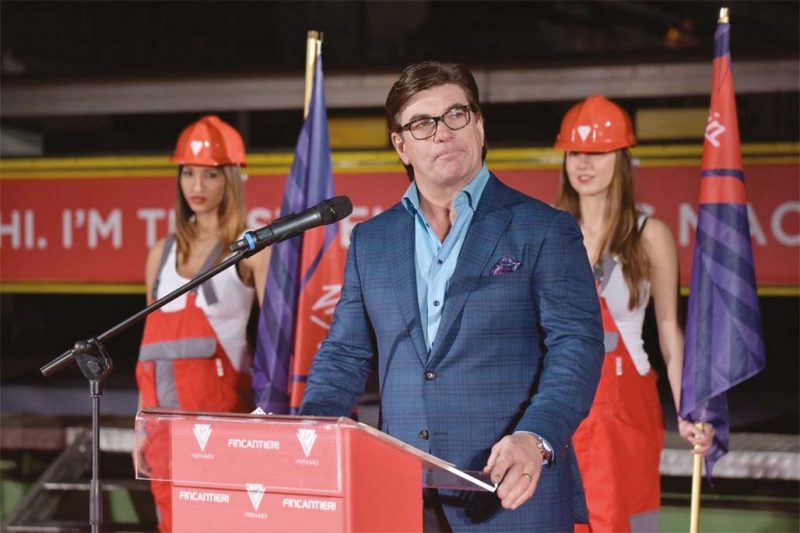 On 22nd March the steel cutting ceremony of the first of three new cruise ships that Fincantieri is building for Virgin Voyages (part of Virgin Group of companies) was held in Sestri Ponente (Genoa). 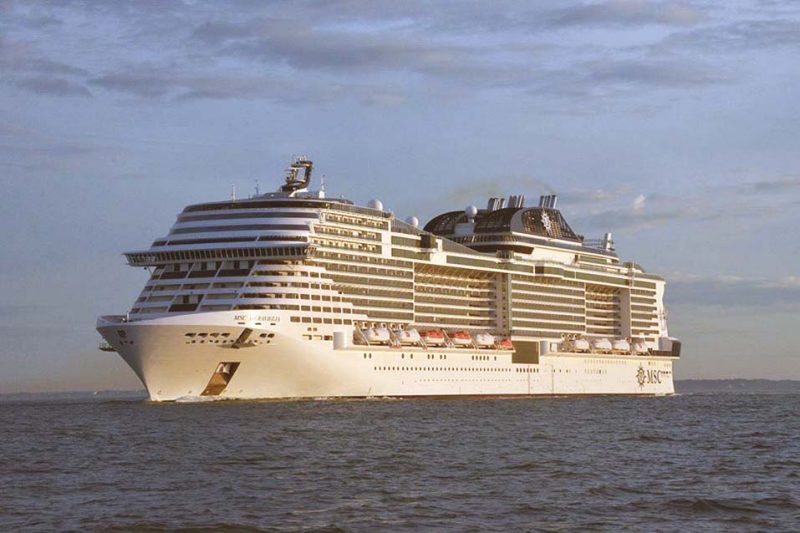 The 137,936gt and 5,714 passenger capacity MSC Meraviglia (above) embarked upon her first sea trials from St. Nazaire on 30th March, which lasted four days. She had around 350 technicians on board and sailed off the coast of Belle-Ile to test sea-keeping, reactivity, energy consumption and various systems related to navigation, security and propulsion. Delivery of the 315m long, 43m beam and 65m high ship is expected late May before her official christening by godmother Sophia Loren on 3rd June in Le Havre. The French city is celebrating its 500th anniversary from 3rd June to 5th November. 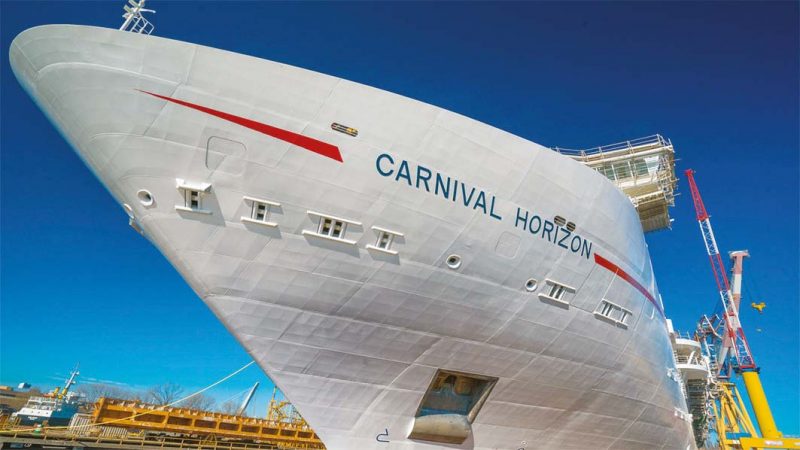 Carnival Cruise Line’s Carnival Horizon (above) was launched at Fincantieri’s shipyard in Marghera on 10th March. Fitting out will now continue ahead of scheduled delivery in the spring of 2018.