BC Ferries welcomed its second Salish Class vessel, the 8,728gt/2017 built Salish Eagle, into service on 21st June with a small public event on board the 0910 and 1050 inaugural sailings between Tsawwassen and the Southern Gulf Islands.

The 4,939gt/1964 built Queen of Nanaimo returned to service on the Tsawwassen-Southern Gulf route on 29th June following propulsion system repairs. The 21,777gt/2008 built Coastal Inspiration returned to work on 30th June on the Duke Point-Tsawwassen link following a prolonged refit caused by unexpected faults that emerged following the installation of a new propeller hub and a rebuild of a gearbox. The return of the Coastal Inspiration allowed BC Ferries to redeploy the 13,646gt/1976 built Queen of Coquitlam to Langdale to operate as the second vessel on the Horseshoe Bay-Langdale route and for the 21,777gt/2007 built Coastal Renaissance to redeploy to Departure Bay to serve on the Horseshoe Bay-Departure Bay route for the summer.

Damen Shipbuilding received an order for an additional SeaBus passenger ferry in June from TransLink, Metro Vancouver’s regional transportation authority. The vessel will be employed to ferry passengers between downtown Vancouver and North Vancouver in British Columbia, Canada.

Deltamarin Ltd. has signed contracts with Xiamen Shipbuilding Industry Co., Ltd. (XSI), which is located in southeast China, for engineering and construction support services for the Viking Line LNG-fuelled ropax vessel newbuilding. The contracts cover basic and detail design as well as comprehensive project management support and supervision services to the shipyard during vessel construction. The value of Deltamarin’s contracts with XSI in total is over €11M. The engineering and pre-construction project management support will be carried out mainly at Deltamarin’s offices in Finland over an estimated period of 12 months. The new ro-pax vessel for Viking Line will have a passenger capacity of 2,800 people and a 1,500m lanemetre capacity. In addition to running on LNG, the vessel will have two 24m high rotor sails installed. 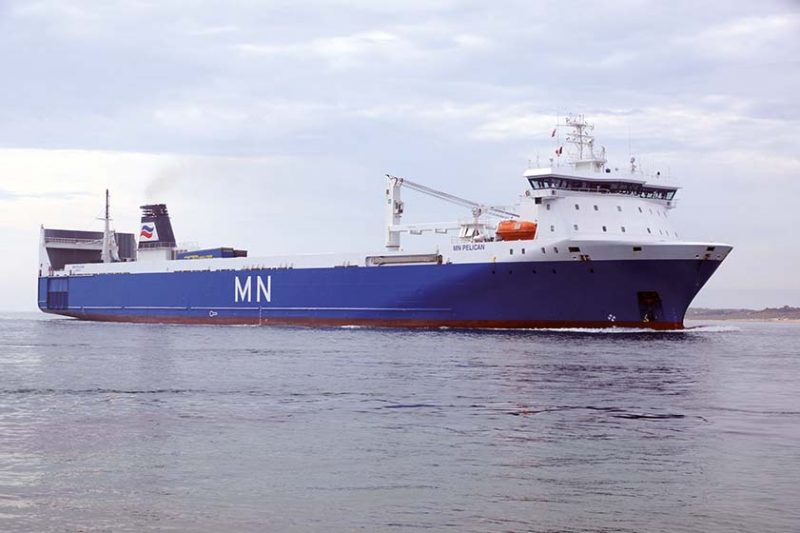 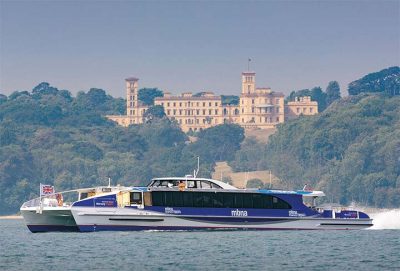 The Mercury Clipper (above) of MBNA Clippers departed Wight Shipyard Ltd., Cowes, on the morning of 21st June for her 12 hour delivery voyage to Greenwich. After crew training the craft entered service on 26th June. The two new 172 capacity passenger boats (Mercury Clipper and Jupiter Clipper), a £6.3 million investment in London’s port and transport infrastructure, have been built at the Wight Shipyard Co. Ltd. on the Isle of Wight.

MedFerry Shipping’s 16,776gt/1978 built and 151m long Med Star caught fire near Rhodes, Greece on 15th June. The ferry had departed from Rhodes with 33 vehicles bound for Santorini when she suffered a fire in the engine room, which quickly spread to the superstructure. Twenty persons aboard evacuated the ship via a lifeboat while 12 crew remained on board to extinguish the blaze. The ship was formerly the Nordic Ferry/Pride of Flanders/Stena Transporter. The 5,363gt/1978 built Pelagitis was chartered to cover for the fire damaged ship. 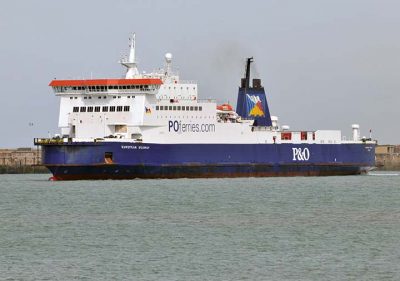 P&O Ferries’ use of the 22,986gt/1991 built European Seaway (above) on the Cairnryan-Larne serice as the refit relief vessel has been heralded a success. Freight traffic reportedly increased during the ship’s stint on the route whereas the deployment of the previous relief vessel, the 17,464gt/1994 built Norbay, apparently coincided with a drop in freight levels each year that she was used. Probably no prizes for which ship will be P&O’s North Channel relief vessel next time around! The Dover ship made her last trip of 2017 on 19th June when the 20,646gt/2000 built European Causeway returned to service after refit at Cammell Laird, Birkenhead. The European Seaway then returned south almost immediately to resume her Dover- Calais sailings.

The company carried more freight across the English Channel in the first six months of 2017 than in any first half of the year in its modern history. The company’s six ships on the Dover-Calais route transported 710,813 lorries between January and June. This figure represents a 10.4% increase on 2016, which was the previous best ever year. 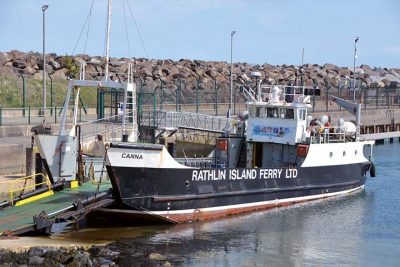 Rathlin Island Ferry’s Island Class vehicle ferry Canna (above) departed from Ballycastle to Rathlin for the very last time in general service on 14th June, but has continued to support her new fleetmate since. That same day the brand new Spirit of Rathlin completed her maiden scheduled sailing to Ballycastle. The 1975 built and 22.5m long Canna is owned by Caledonian Maritime Assets Limited. With a capacity for 6 cars and 140 passengers, the 69gt vessel had served the Ballycastle route since 1997. The £2.8m, 28.17m long and 140 passenger/6 car capacity Spirit of Rathlin has a gross tonnage of 105gt and was built by Arklow Marine Services, Arklow, Ireland. The Spirit of Rathlin is a modernised version of the Canna.

Various news for Deltamarin, P&O, Seajets of Greece and much more