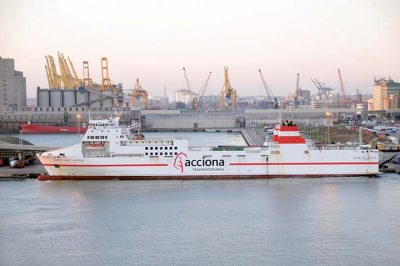 Acciona Trasmediterranea’s 16,686gt/ 2003 built Super Fast Galicia (above) was renamed Ciudad de Ibiza prior to entering service on the Valencia-Ibiza route in June and will offer capacity for 200 passengers. The company’s chartered 31,910gt/ 1986 built SNAV Adriatico (formerly the Koningin Beatrix) returned to Naples in June in preparation for her season on the Naples-Palermo service for GNV. 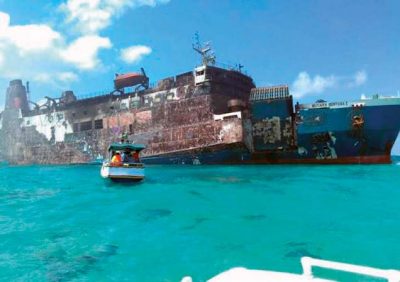 Atosim Lampung Pelayaran PT’s 12,365gt/1988 built Ro-Pax ferry Mutiara Sentosa I (above) suffered a fire on 19th May whilst the Indonesian-flagged ship was underway from Surabaya to Balikpapan in the Masalembo waters of East Java. A total of 192 survivors were rescued by the National Search and Rescue Agency of the Republic of Indonesia. After two days of search and rescue operation for potential missing persons, the operation was termitermi- nated on 21st May. The cause of the fire is believed to have been a gas cylinder from one of the passenger vehicles that exploded while on the ferry’s car deck. Initially the vessel’s crew members tried to extinguish the fire caused by the blast but were unable to do so due to the extent of the blaze and velocity of the flames spreading. So, the captain ordered all passengers to abandon ship using either lifeboats or life jackets. Preliminary numbers indicated that the vessel had 178 people aboard, yet 197 were rescued! Alas this latest incident reportedly claimed the lives of 5 people, whilst others were reported missing, and again highlights the rather casual approach to safety and passenger tallies.

BC Ferries’ 8,728gt/2017 built Salish Raven arrived at her new home in British Columbia on 7th June after her 41 day delivery voyage of 10,440 nautical miles from Remontowa Shipbuilding S.A. in Gdansk, Poland. The ship then proceeded to BC Ferries’ refit facility in Richmond the next day to prepare for operational service in the Southern Gulf Islands in the autumn. The artwork created to adorn Salish Raven, designed by Musqueam Nation’s Thomas Cannell, will be applied on the ship here in B.C. The Salish Orca, BC Ferries’ first dualfuel vessel, was introduced into service on the Powell River – Comox route in May and has been well received by customers. The Salish Eagle, the second Salish Class vessel, started service on the Tsawwassen- Southern Gulf Islands route in late June. The 107-metre Salish Class ships will carry 145 vehicles and up to 600 passengers and crew. The vessels feature two car decks and have a service speed of 15.5 knots. Each ship is powered by three Wartsila 8L20DF engines. 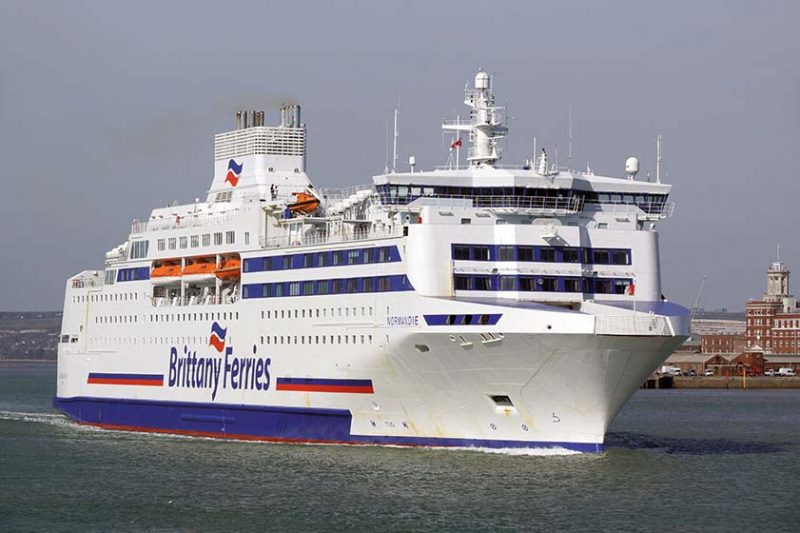 Brittany Ferries has confirmed the long held belief that the 27,541gt/1992 built Normandie (above) will transfer to the Portsmouth-Le Havre route in 2019 when the newbuild is delivered to the Portsmouth- Caen route. The company signed a new ten-year deal with Portsmouth International Port to continue using the port during a meeting aboard the Bretagne on 17th May. The port had recently announced a £9 million investment programme in one of the berths used by Brittany Ferries which will be replaced after 25 years of service.

Various news including BC Ferries, Finnlines, Stena and much more