The 74,273gt/2017 built Celine arrived in Rotterdam for the first time on 24th October and is the largest Short Sea Ro-Ro ship in the world. Originally dubbed as the G9 Project, the vessel was built in Ulsan, South Korea, by Hyundai Heavy Industries. The Celine now serves on the Rotterdam- Zeebrugge-Dublin-Zeebrugge-Rotterdam- London-Rotterdam weekly rotation.

During a short ceremony held on 31st October at the Chinese shipyard of Jinling in Nanjing, the Pure Car & Truck Carrier (PCTC) Grande New York was delivered to the Grimaldi Group. Second of a series of three sister units, the Grande New York is 199.90m long with a beam of 32.26m, a gross tonnage of 62,134gt and a cruising speed of 19 knots. The new Italian-flagged ship can carry 6,700 CEU (Car Equivalent Units) or alternatively 4,000 linear metres of rolling freight and 2,500 CEU.

On 25th October Spanish company Acciona announced that it had reached an agreement to sell its 92.7% stake in ferry company Trasmediterranea to the Naviera Armas Group. Acciona’s stake was sold for €260.4 million, and the buyer will assume €127.3 million of debt owed by Trasmediterranea to the Acciona Group companies. The final price could increase by up to €16 million as a function of the combined group’s future EBITDA performance. This transaction sets the company’s enterprise value (100%) at between €419 and €436 million. The deal will be completed in the first quarter of 2018, once it has been approved by the Spanish competition authorities.

As the 2017 season draws to a close, the company announced a 4% rise in freight traffic (213,000 units), but a 3% drop in overall passenger numbers (2,352,000). Passenger numbers on the UK-Spain and France- Ireland routes grew by 5% to 394,000 but fell 5% to 1,958,000 on UK-France cross channel services. The figures, which cover the period from November 2016 to October 2017, present a mixed picture for the business which operates from Portsmouth, Poole and Plymouth in the UK. The dramatic fall in the value of the Pound thanks to Brexit and a drop in visitors from France both contributed to the lower passenger figures. Following a £175 million investment in a new ship, the Honfleur, to be delivered in 2019 for the Portsmouth-Caen route, the company has confirmed investment in a second vessel to be chartered from Stena Line following her construction in China. This ship will further increase capacity on Spanish routes when delivered ahead of the 2021 season. The charter will come with more on-board accommodation and a large garage for passenger and freight vehicles. She will replace the DFDS owned 22,382gt/2003 built Baie de Seine and Brittany Ferries will have the option to purchase the new vessel after the expiry of the initial five year charter. The Etretat went to dry dock in Gdansk on 15th October and, including a 2-week extension of this refit the ship was due back in service on 14th November. The Pont Aven was taken out of service on 22nd November after her arrival in St. Malo from Portsmouth before sailing to Santander for an overhaul whilst afloat until 6th December. The ship will returned to St. Malo and re-entered service on 7th December with the 2030 St. Malo- Portsmouth sailing. 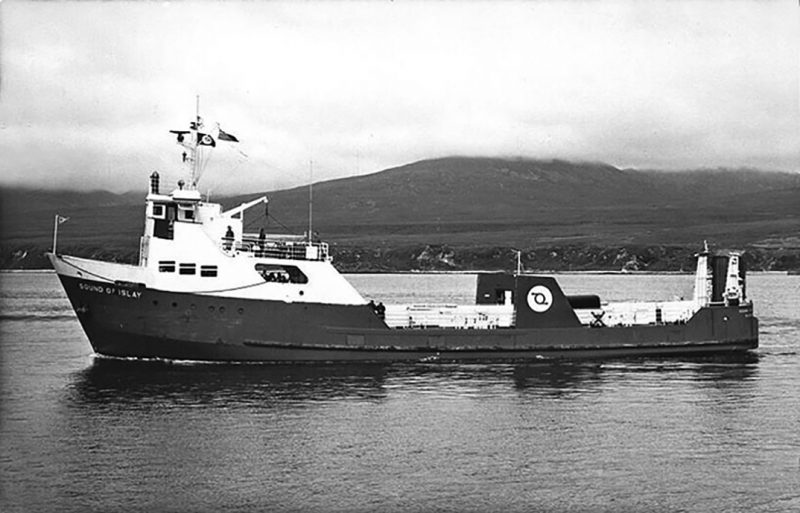 The Newfoundland & Labrador owned 280gt/1968 built Sound of Islay (above) has received a $6 million refit so that she can return to the intra-provincial ferry fleet. The ferry was previously taken out of service in 2015 after an annual refit discovered the vessel was in poor condition. As her name suggests, the Sound of Islay was built in Scotland and operated there until sale to her Canadian owners in 1980. The Sound of Islay is the only vessel in the intra-provincial ferry fleet that can operate out of all 24 ports, thus making her a valuable asset to the operation. 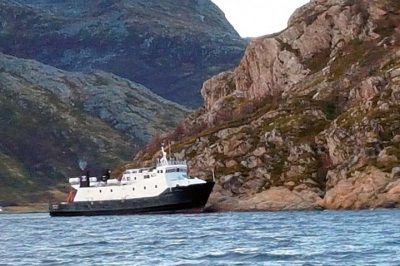 On 27th October the 40m long, 150dwt Ro- Ro passenger ferry Karlsøy ran aground along the southern tip of Vangsøy Island, Norway (above). The 659gt/1975 built Karlsøy was en route to Belvika with 6 passengers aboard when she veered off course and ran aground. The errant vessel was refloated a few hours later and proceeded to Belvika before heading to Tromsø for survey and repair. 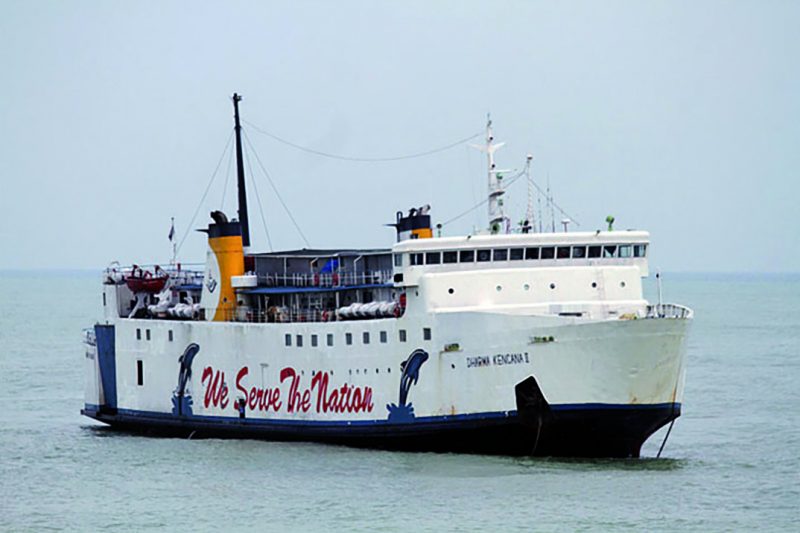 Two days later the 3,580gt, 1992 built and 90m long Ro-Ro passenger ferry Dharma Kencana II (above) caught fire in the Java Sea between Pontianak and Semarang, Indonesia. The vessel had departed from Pontianak with 119 passengers and 46 vehicles aboard when the crew discovered a fire on the lower deck. Unable to contain the blaze, the vessel issued a distress call. A number of nearby ships responded including the KM Kirana I Kumai, KM Flores, Sewa Sadewa and several other vessels. Passengers and crew abandoned ship and were evacuated to the KM Kirana I Kumai. The superstructure of the stricken ferry was burnt out but she remained afloat. 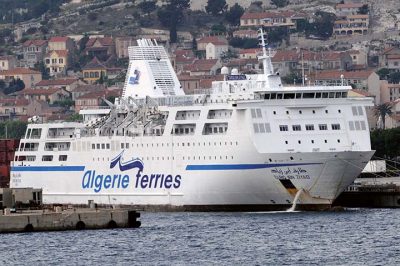 On the night of 12th November a fire broke out aboard Algerie Ferries’ 21,659gt/1995 built Tariq ibn Ziyad (above) whilst enroute from Marseille to Algeria. The vessel diverted to Alcudia, Majorca where the fire was extinguished. Around 26 people suffered smoke inhalation, 3 were injured and 20 vehicles were damaged. The remainder of the 470 passengers and 137 crew were evacuated upon arrival in port.

Grimaldi Group and Brittany Ferries are included in this months news