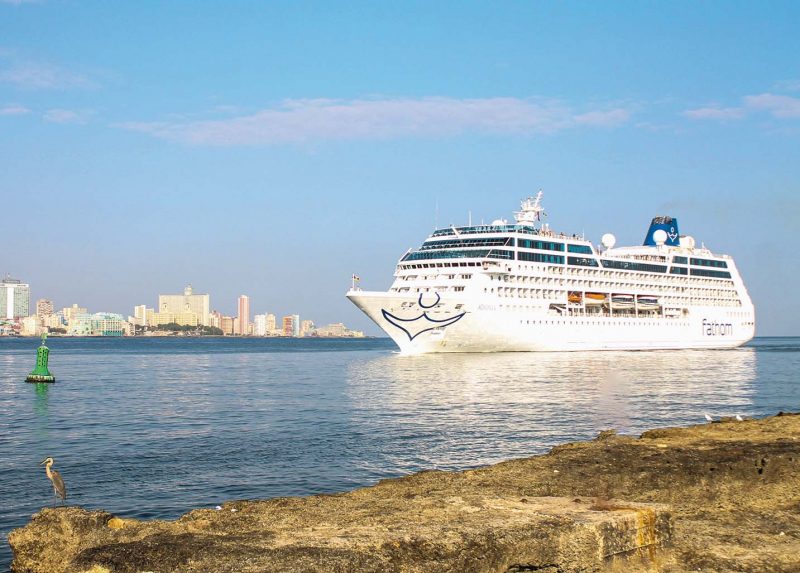 Fathom’s 30,277gt/2001 built Adonia departed Miami on 1st May en route to Havana to become the first cruise ship to sail from the USA to Cuba in over 50 years, according to local media. The 704- passenger capacity Adonia arrived at Havana on 2nd May (above) and will sail to Cuba every other week with seven-day itineraries departing from Port Miami on Sunday afternoon, and arriving Havana the following morning.

Fathom is the Florida-based subsidiary of Carnival Corporation specialising in the so-called “social impact travels.” Celestyal Cruises has announced that, three successful winter seasons cruising from Cuba, the 25,611gt/1980 built Celestyal Crystal will commence year round, seven night cruises around the island from November 2016. The ship will operate on an all-inclusive basis. Cuba had only announced on 22nd April that it would lift a ban on Cuban-born citizens entering and leaving the Caribbean island by commercial vessels, opening the way for U.S. cruise operator Carnival Corp. The relaxed rules will also make it possible for Cubans to work for cruise and cargo lines, opening new possible careers after years of restrictions on setting foot on ships without special permission. Miami-based Norwegian Cruise Line Holdings Ltd. (NCLH) has also set sights on offering cruises to Cuba later in 2016 following in the footsteps of Fathom via the Oceania Cruises brand. NCLH is also in talks with the appropriate authorities in Cuba on behalf of its two other brands Norwegian Cruise Line, and Regent Seven Seas Cruises, to gain approval to commence cruises to Cuba in the near future.