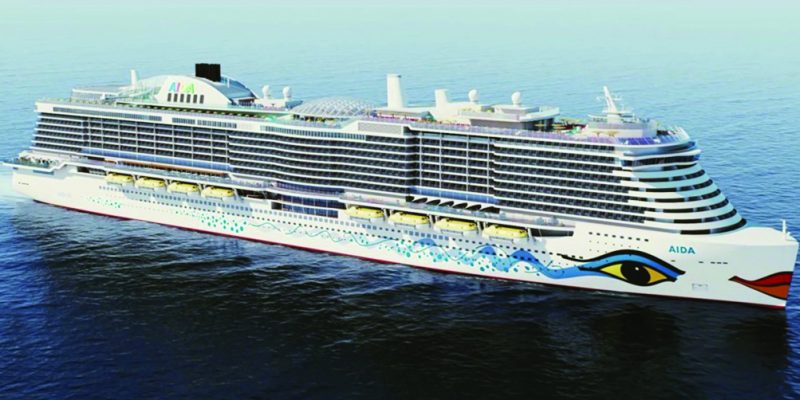 The second engine room module for the AIDAnova (above), manufactured by the Neptun shipyard in Rostock, Warnemünde, was towed to the Meyer Werft facility in Papenburg on 2nd December. The 120m long and 42m wide so-called Floating Engine Room Unit (FERU), a four-deck-high component, and one of two such units, contains the three LNG tanks for the AIDAnova, two of which are just under 35m in length, have a diameter of 8m and a volume capacity of 1,550m³ each. A third, smaller tank, has a diameter of 5m, is 28m long and has a volume capacity of approx. 520m³. The engines to be installed will be four Caterpillar dual-fuel engines. In mid-December the stern section of the 183,900gt AIDAnova was floated out at the Meyer Werft shipyard in Papenburg, Germany to make way for the FERU. The large aft section of the newbuild represents two blocks together and is 120m long with a 24m beam and spans 19 decks. By the end of February 2018, the second section of the ship, which includes the FERU, will also be completed. Once complete in December 2018 the ship will be the largest passenger capacity vessel in the world, carrying a total of 6,600 guests in 2,626 cabins. The ship was ordered by Carnival Corporation and will be the first fully powered LNG cruise ship, bringing new innovations to the industry. The maiden voyage will depart Hamburg, Germany, on 2nd December 2018 bound for the Canary Islands. In total there are six of these vessels on order for different cruise brands including Carnival Cruise Line, Costa Cruises, P&O Cruises and Aida Cruises. The second identical ship for Aida Cruises will arrive in Spring 2021. The AIDAnova’s keel was laid on 4th September 2017. In other news, AIDA Cruises made its debut as a brand in Sydney on 19th December with the AIDAcara becoming the first in the fleet to dock in Australia. The ship was on a 116-day world cruise visiting 41 ports in 23 countries and departed Sydney again on 21st December bound for the Great Barrier Reef and Cairns. 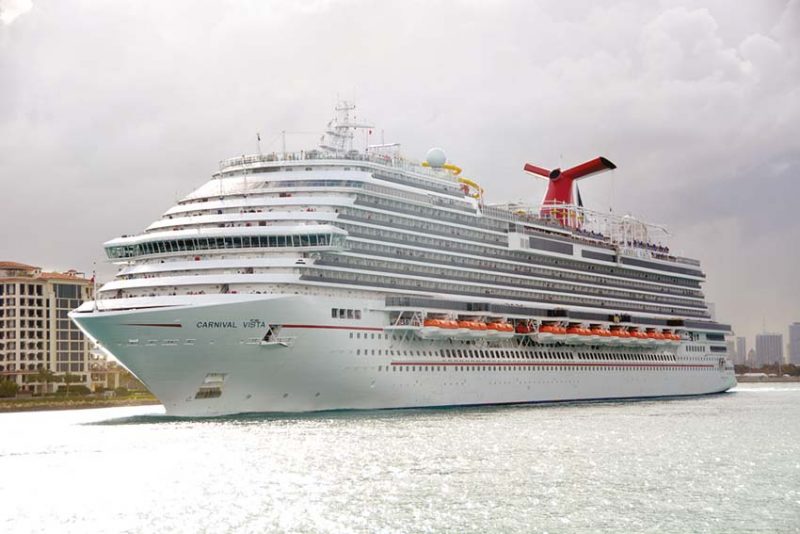 Carnival Cruise Line’s new 133,500gt Vista Class ship is to be named Carnival Panorama when she makes her debut in November 2019. The ship is the third in the company’s highly successful Vista-class series, which are all named to reflect the connection between the vessels and the sea, and are highlighted by stunning indoor/outdoor spaces that create a truly unique seagoing experience. The 133,596gt and 3,954 passenger capacity Carnival Vista (above) was the first in the class in 2016, followed by the Carnival Horizon that enters service on 2nd April. The ‘Panorama will offer facilities such as the Fahrenheit 555 steakhouse, Library Bar, and Bonsai Sushi, along with open-air attractions like the ground-breaking bike-ride-in-the-sky attraction SkyRide, a Water-Works aqua park, and the SportSquare recreation area. Also featured will be a vibrant Havana section with tropics-inspired staterooms and a Cuban-themed bar and pool, Family Harbour Lounge, Cloud 9 Spa and Ocean Plaza. After the Carnival Panorama, two new 180,000gt ships are scheduled to enter service in 2020 and 2022 (near sisters of the AIDAnova). 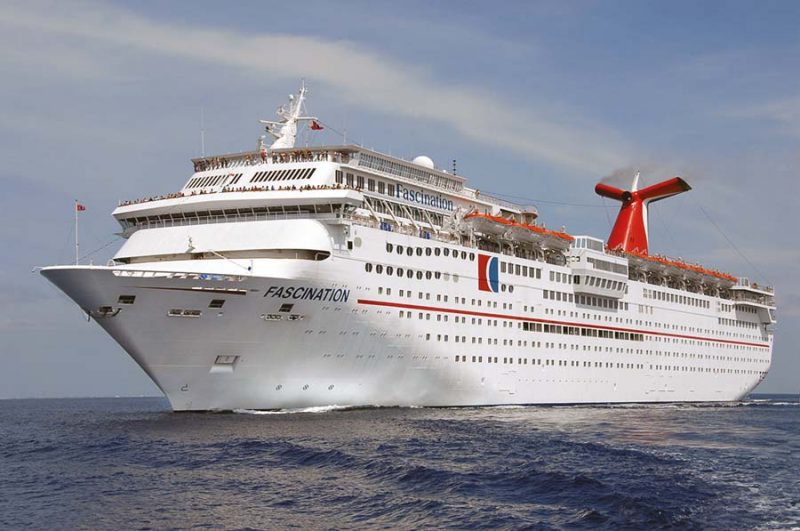 On 14th December came the news that the 70,538gt/1994 built Carnival Fascination (above) will undergo an extensive multi-million-dollar dry docking 4th-17th February in Freeport, Bahamas, that will add a variety of popular food and beverage innovations to the ship. Once completed, the ship resumed her year-round schedule of seven-day southern Caribbean cruises from San Juan, Puerto Rico on 18th February. Prior to the refit, the Carnival Fascination had been on charter to FEMA to house hurricane relief workers in St. Croix. The new amenities on board include Guy’s Burger Joint, RedFrog Rum Bar, BlueIguana Cantina, BlueIguana Tequila Bar, Cherry on Top, Alchemy Bar and Bonsai Sushi Express. Carnival Cruise Line was the big winner in the USA Today 10 Best Readers’ Choice awards at the beginning of January, taking top honours in the Best Ocean Cruise Line and Best Cruise Line for Families categories while the 133,596gt/2016 built Carnival Vista was named Best Cruise Ship for Entertainment. The awards were based on nominations from a team of cruise industry experts and the winners were determined by an online vote of USA Today readers.

The 4-night cruise on 7th December to be operated by the 101,509gt/1999 built Carnival Triumph was cancelled as the ship was delayed returning from the Western Caribbean to New Orleans by engine problems. The ship missed one full round trip to permit repairs to be made.

Various news from Carnival, MSC, Costa and others