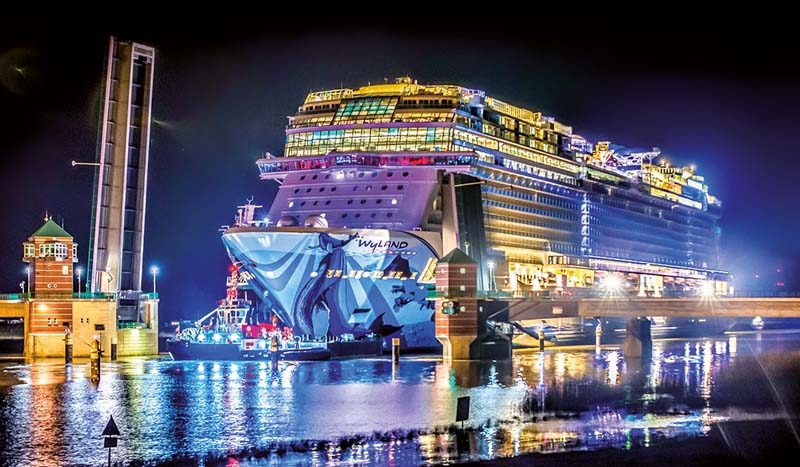 The sixteenth ship of the Norwegian Cruise Line fleet departed Meyer Werft’s Papenburg shipyard on 13th March for her conveyance along the River Ems (above). The 168,028gt and 333.40m long/48m beam Norwegian Bliss embarked on her journey down the River Ems and to the North Sea stern first, passing through the narrow sea lock at Meyer Werft with less than 1.2m clearance. The ship reached Eemshaven, The Netherlands, on 15th March prior to sea trials, final preparations at Bremerhaven and handover there on 19th April prior to sailing to Southampton for a showcase visit on 21st April.

On 28th March the 133,396gt Carnival Horizon was handed over at Fincantieri’s shipyard in Monfalcone, having been constructed at the company’s Marghera facility. The ship is a sister ship of the 133,596gt/6,400 passenger and crew capacity Carnival Vista, delivered in April 2016. 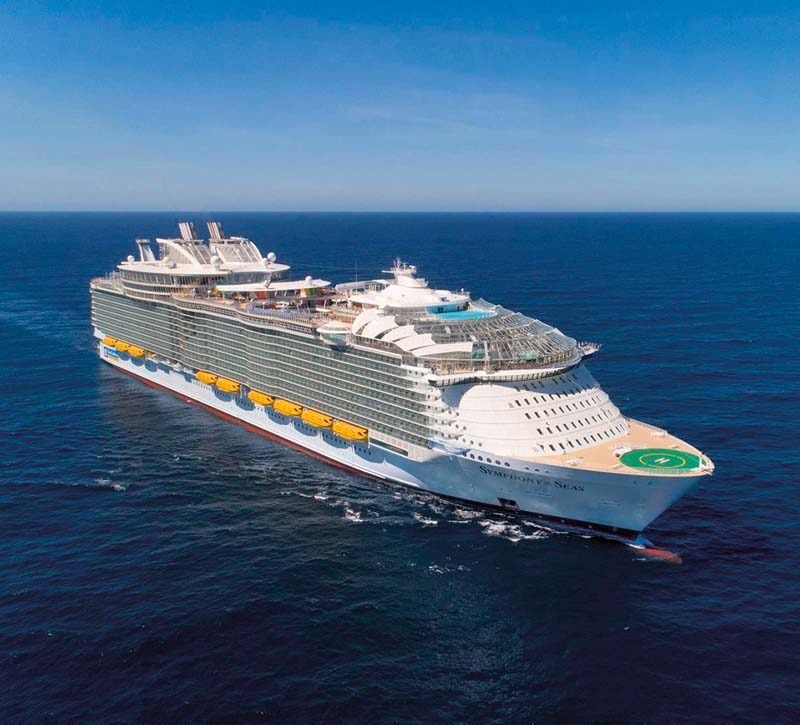 On 23rd March and after a 36 month period involving 4,700 shipbuilders and crew the much anticipated cruising giant Symphony of the Seas (above) was delivered to Royal Caribbean International during a ceremony at the STX France shipyard in Saint-Nazaire, France. The 228,081gt/2018 built ship becomes the largest cruise ship in the world, taking the title from 226,693gt sister ship Harmony of the Seas that was delivered in spring 2016. The 25th ship in Royal Caribbean’s fleet accommodates 5,518 guests at double occupancy in 2,759 staterooms. The ship’s maiden 7 night Mediterranean voyage departed 7th April from Barcelona and the ship will relocate to Miami after the summer season to begin cruising the Caribbean from 10th November.