Carnival Cruise Line announced on 17th October that it had signed an agreement with landlord Urban Commons and the City of Long Beach, California, to expand the Long Beach Cruise Terminal facility to accommodate larger ships in the future and enhance its terminal operations. The deal will nearly triple the size of Carnival’s current terminal facility. Carnival has operated the Long Beach Cruise Terminal since 2003 using a partial area of the Geodesic Dome that was the former museum housing Howard Hughes’ “Spruce Goose” attraction. The agreement gives Carnival 100% use of the Dome, allowing for larger ships and providing additional space needed to accommodate two-way operations, enabling embarking guests to access the terminal prior to completion of disembarkation. Construction is scheduled for completion in late 2017. During the construction period, measures will be taken to ensure a continued smooth operational flow and high standard of customer service for cruise guests. 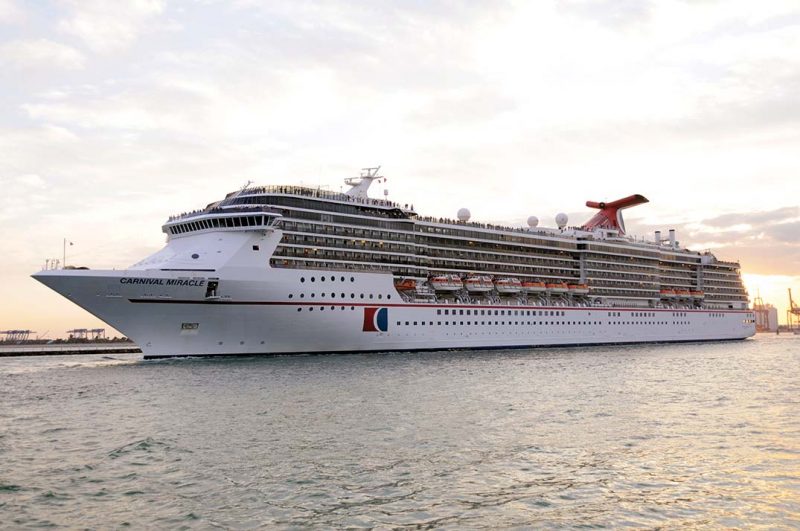 Carnival is also to expand capacity in two key markets with the 85,942gt/2004 built Carnival Miracle (above) operating seven-day Caribbean cruises from Tampa (joining the Carnival Paradise there) and the 113,562gt/2008 built Carnival Splendor offering week-long Mexican Riviera cruises from Long Beach, California beginning on 27th January 2018. Prior to launching these services from their new homeports, both ships will offer extended Panama Canal cruises in January 2018. 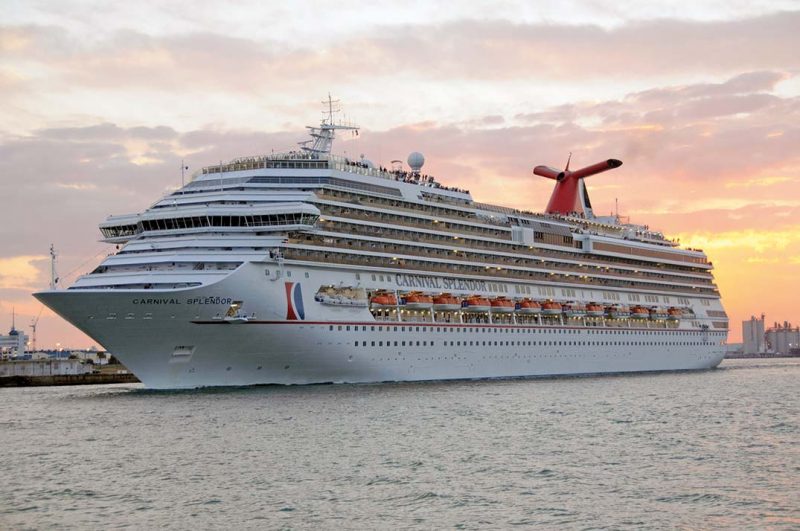 The Carnival Splendor (above) is said to become the first Carnival ship to transit the newly opened Panama Canal lock system. To celebrate the U.S. arrival of its newest, largest and most innovative ship, Carnival Cruise Line held an overnight gala event on 4th November in New York featuring a concert for Operation Homefront military families by the Country Music Association’s Female Vocalist of the Year and seven-time GRAMMY award-winning country music superstar Carrie Underwood. The event also included the ship’s official naming ceremony with Miss USA, Deshauna Barber, the first woman serving in the U.S. military to hold the title, presiding over the ceremonies as godmother and releasing the ceremonial bottle of champagne that smashed over the hull of the 133,596gt ship. As the line’s newest ship, the Carnival Vista introduced a number of ground breaking innovations including the first brewery on a North American-based cruise ship, the first IMAX Theatre at sea, the most elaborate water park in the fleet highlighted by the Kaleid-o-slide, a bike-ride-in-the-sky aerial attraction called SkyRide, and the new Family Harbour with specially designed staterooms for families, a family concierge and more. The ship operated two 11-day itineraries from New York before launching year-round six and eight-day Caribbean cruises from Miami as from 27th November. Carnival Cruise Line has also unveiled its 2018 Australia cruising programme and this will see the 85,920gt/2001 built Carnival Spirit continue to be based in Sydney full time in 2018. The company decided the ship will no longer spend the northern summer in China, as announced earlier in 2016, but will instead return to Australia immediately after her scheduled dry dock in Singapore in May 2018.

Virgin Voyages (formerly Virgin Cruises) has finalised its order for three cruise ships from Italian shipbuilder Fincantieri, and has also agreed to be the first cruise line to adopt clean energy system, Climeon Ocean. The news of the company’s rebranding and ship order was revealed by Virgin Group founder Sir Richard Branson and Virgin Voyages’ president and CEO Tom McAlpin at an event in Miami on 18th October. Virgin Voyages, backed by lead investors Bain Capital Private Equity and Virgin Group, expects the multi-billion- dollar financing package for the purchase of its three ships to be finalised shortly. The lead lending partners will be Cassa depositi e prestiti (Cdp) and UniCredit, and the loan will be fully backed by Italian export credit agency SACE and supported by SIMEST.

Fincantieri will cut the steel for the first ship in early 2017 and lay the keel in Genoa, Italy in the fourth quarter of 2017. Virgin Voyages’ first 2,700 guest/1,150 crewmember capacity ship will arrive at Port Miami in 2020 and will offer a range of Caribbean itineraries. The new cruise operator is also the first major cruise line to partner with Climeon. This partnership will enable the line to install Climeon Ocean, a system that will transform low-grade energy into clean electricity, on all three ships. The resulting environmental impact will be an estimated 5,400 tons of carbon dioxide savings annually per ship. Keen to adopt a different approach, Virgin Voyages prefers to describe its guests as “sailors.”