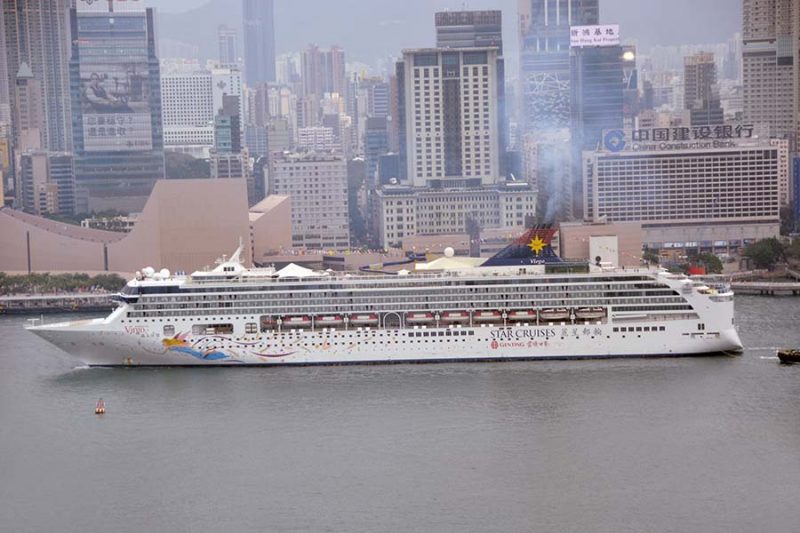 Genting Cruise Lines announced on 11th September the latest addition to the Dream Cruises family, namely the 75,338gt/1999 built and 1,870 passenger capacity Explorer Dream, built as the Superstar Virgo (above). The ship moves over from sister brand Star Cruises and will undergo a $30 million transformation in March 2019 that will incorporate new facilities including The Palace, Dream Cruises’ signature, luxury private enclave featuring 50 suites and butler service. Dream Cruises will be extending its sphere of operation to 300 million Chinese in Shanghai and Tianjin/Beijing next summer as well as offering cruises in Australia and New Zealand to its Asian-sourced passengers during winter 2019, the first time Dream Cruises will be cruising outside Asia. 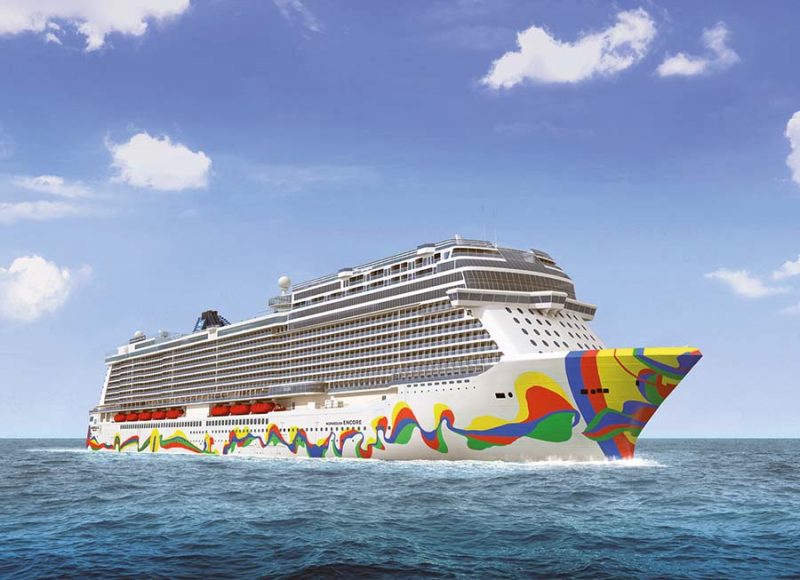 Norwegian Cruise Line revealed on 12th September that Eduardo Arranz-Bravo, the award-winning Spanish artist, has created the hull artwork for the fourth and final ship of the 167,800gt/4,000 guest capacity Breakaway-Plus class, the Norwegian Encore (above), which makes her debut in Miami in November 2019. A representation of his modern and abstract style, the ship’s hull will feature a labyrinth of colour inspired by his life by the sea in Barcelona and paying tribute to the vibrant guest experience for which the NCL brand is recognised. Following her unveiling, the Norwegian Encore will cruise out of Miami every Sunday and sail 7 day voyages to the Eastern Caribbean, beginning with her first journey on 17th November 2019 through to 12th April 2020. 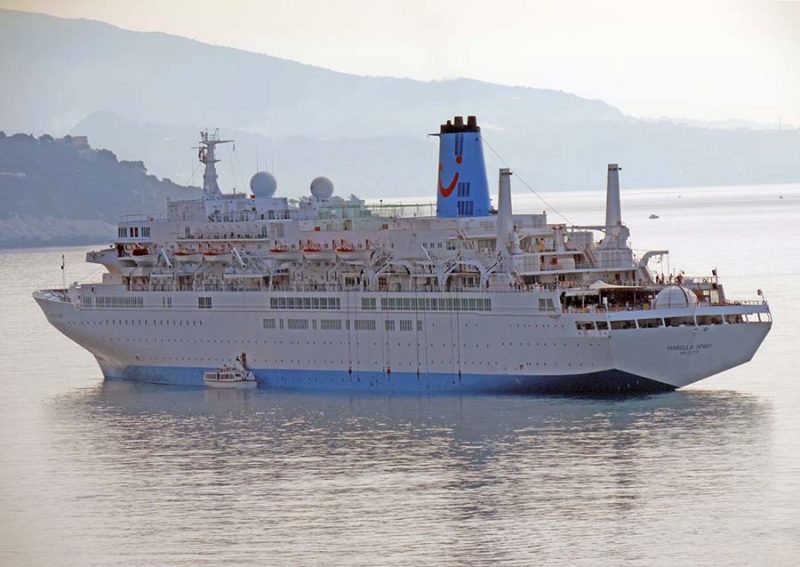 On 21st October Marella Cruises, formerly Thomson Cruises, said an official farewell to the 33,930gt/1983 built Marella Spirit (above), formerly Thomson Spirit, after 15 years during her Continental Coasts itinerary sailing around Malaga, Barcelona, Toulon and Valencia. Guests were treated to sparkling wine on arrival followed by a sail away party featuring a saxophonist and several surprises. The final night deck party featured the Captain’s speech and an extravagant celebratory cake. The Marella Spirit was built as the Nieuw Amsterdam for Holland America Line and is now owned by Celestyal Cruises, to who she now returns. The 69,472gt/1996 built Marella Discovery also had a revamp of one of her feature bars on deck 5 in October, ready for the winter sailings. Venue has been transformed into the traditional British pub concept Squid & Anchor which was first seen on the Marella Explorer. In 2019 the Marella Fleet will be boosted by the arrival of the adults only Marella Explorer 2.