Another Veteran To Meet Her End 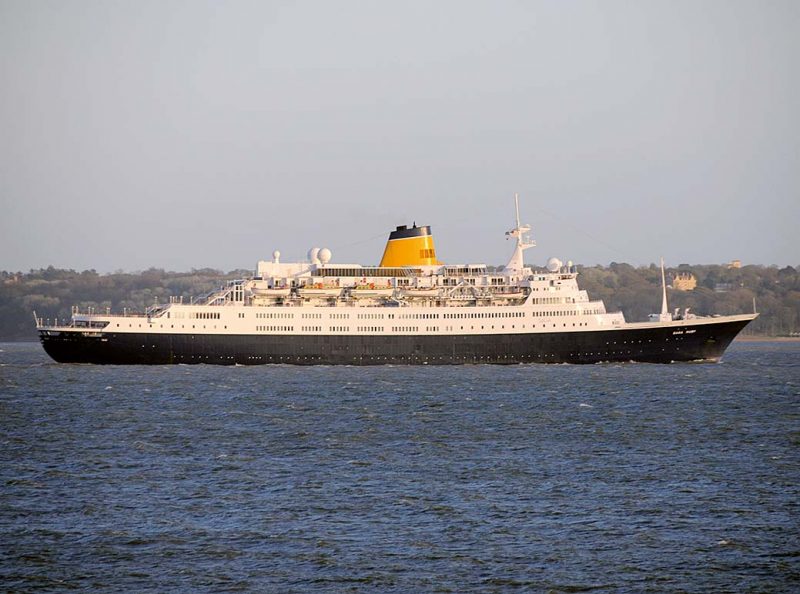 On 2nd March came the news via Social Media that the much loved 24,492gt/1973 built Saga Ruby (above) looks set to be sold for demolition on the beaches of Alang. After withdrawal by Saga Cruises the ship disappeared off the radar following sale in 2014. She was renamed Oasia before leaving Gibraltar for an intended use as a hotel ship. However, little or nothing has been done to the ship since and she languished in Sattahip, Thailand, at a Naval base. Work on board had apparently ceased some time ago despite the owner spending an estimated $10m on upgrades having purchased her for over $10m in the first instance. Her intended destination as a hotel ship was believed to have been Myanmar. An attempt to buy the ship and bring her back to northern Europe was prevented by an unrealistic price tag so scrapping looked to be her ultimate fate. Whilst still seemingly SOLAS compliant, her hull and machinery were not up to requirements to ever allow her to ply her trade again. The ship was the last cruise liner to be built in the U.K when launched as the Vistafjord at Swan Hunter on the Tyne in 1973 for Norwegian America Line. The ship passed to Cunard ownership in 1983 and was renamed Caronia in 1999 prior to onward sale to Saga Cruises. The ship’s fate was updated on 5th March revealing that she was underway using her own engines from Sattahip bound for Bangkok. She had been reflagged to St. Kitts & Nevis, a registry commonly used for ships on their final voyage to the scrap beaches.