Adventure Over For Cruising Veterans?

This news slipped beneath the radar initially but the splendid 22,080gt/1965 built Marco Polo (above) is to be retired from CMV’s fleet in 2018.

The ship of Soviet origins was built as the Alexandr Pushkin as one of five Poet/Writer Class transatlantic liners/cruise ships built in Wismar, Germany. Orient Lines operated the ship in the early 90s and she passed to NCL when they acquired Orient Lines in 2002. She passed to CMV in 2010 and is said to be on the market for $15m with a suggested use as a floating hotel. The ship bows out in May 2018 and this will be another sad day for the cruise liner scene.

During winter 2016/17 the Marco Polo visited Damen Shiprepair Amsterdam (DSAm), part of Damen Shiprepair & Conversion (DSC) once again in December. During the initial docking process at the yard, the Marco Polo was inspected by DSAm prior to a high-pressure clean of the hull and then repainting of the flat bottom and vertical sides in the renowned ‘Marco Polo’ blue. The topside of the vessel was painted at a later stage. The equipment maintenance included polishing the main propeller and bow thruster blades and overhauling the main engine coolers. The main engine cooler jacket was removed and replaced with a new jacket fabricated at the yard. Damen’s work on the 1965 built vessel continued in maintenance, renewal and upgrade works in her public areas and cabins, the air conditioning and evaporator rooms as well as renewal of numerous sea water and fresh water piping and overhauling of the overboard valves. Work on the ship’s rudder, taking rudder clearances and repacking of rudderstock, was also performed.

CMV’s Magellan was also dealt with during this time. After her initial inspection, the 1985 built vessel presented a substantial work schedule for the Damen team. For example, the starboard propeller hub needed inspection in the workshop. So a special lifting tool was made for removing the hub. Then, after Rolls Royce’s survey, the Damen yard machined the existing hub, blade carriers and Wplates as per the Inspector’s instructions. Work on the Magellan’s propulsion system also included polishing of starboard propeller blades and repairs to the bow and stern thruster blades. Another major part of the project was installation of a new sewage tank system. This required cropping and removal of the existing tanks. This was followed by construction and fitting of new foundations for the new sewage treatment units and strainers. In addition to maintenance, renewal and upgrade works in her public areas and cabins, repairs of various steel damages and the overhauling of numerous ship’s systems was also necessary. This included overhauling the main engine blower, tender embarkation cylinders, heaters, evaporator and purifier. And also one of the scupper pipes, which was renewed by Niron Staal’s pipefitters department.

On 13th February the Marco Polo was diverted to Portland due to bad weather and tidal restrictions in the Bristol Channel. The ship was returning from a 39-night Amazon, West Indies, and Azores cruise and the bad weather saw her miss the tide timings to access the port of Avonmouth. A similar situation arose in 2016 when the ship diverted to Southampton. Passengers for the next cruise, a 15- night Land of the Northern Lights itinerary, were asked to continue to Avonmouth as usual where a complimentary coach was provided to Portland.

Another classic looks set to end her career in 2017 when the 16,144gt/1948 built Astoria leaves the CMV fleet. The Astoria is on a bareboat charter to Global Maritime of Greece until October 2017. After her CMV itineraries conclude in spring 2017 she has another charter to a French company (believed to be Rivages du Monde) but is sales listed $12 million.

The Port of Portland in Dorset is preparing for its busiest cruise ship season yet with 36,000 passengers expected. In a major coup for the facility, and a welcome boost for the local economy, Portland Port is moving to establish itself as a major player in the cruise industry welcoming larger ships capable of carrying thousands of visitors. This year it is estimated the expected visitors will add nearly £2 million to the local economy whilst they are in the region. Perhaps the most high profile visitor will be the 83,969gt/1998 built Disney Magic in May & July. 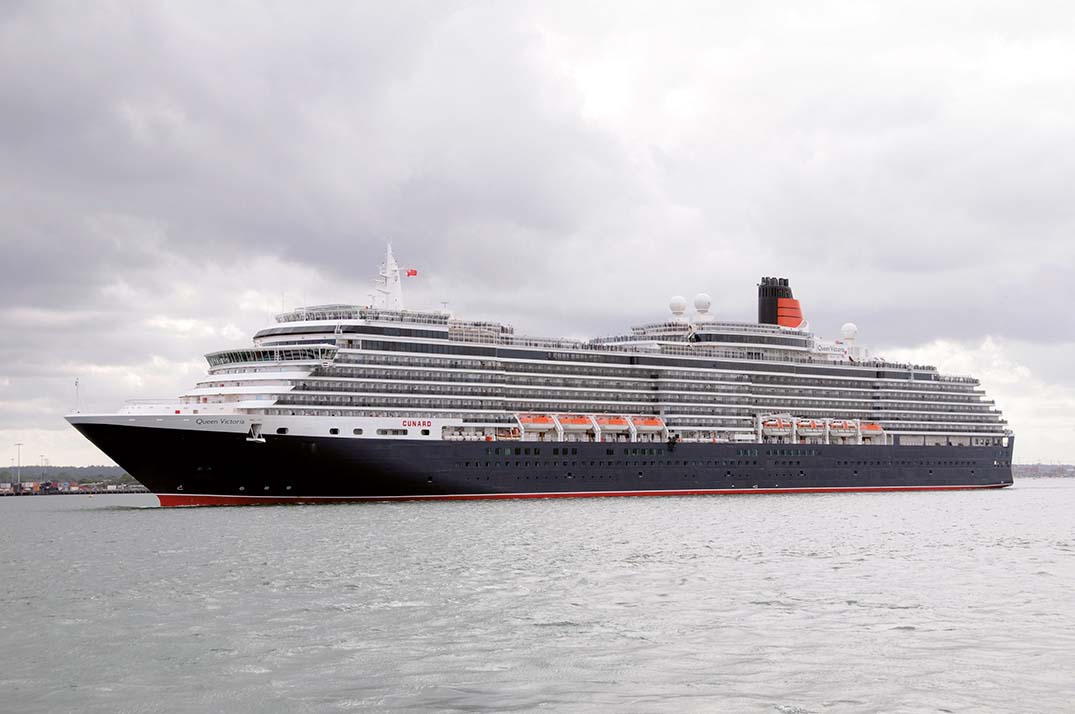 Cunard’s 90,049gt/2007 built Queen Victoria (above) became the largest passenger ship to sail the Amazon River. The ship made her maiden voyage through the ‘Meeting of the Waters’ on 25th January and became the largest passenger ship to sail these waters by sailing between the dark Rio Negro and the pale Amazon River in Manaus, Brazil. Manaus marked the sixth out of 32 ports on the Queen Victoria’s 41,000 nautical mile, 120-night World Voyage.