APL announced on 31st October the enhancement of its Asia- Subcontinent network with the Asia Subcontinent Express 6 (AS6) and Asia Subcontinent Express 7 (AS7) services. The AS6 service will call at Shanghai, Ningbo, Shekou, Nansha, Singapore, Port Klang, Nhava Sheva, Karachi (SAPT) and Singapore once more before returning to Shanghai. The first sailing of the AS6 was scheduled to depart from Shanghai on 15th November. The AS7 service was due to commence from Shanghai on 14th November with calls at Shanghai, Ningbo, Fuzhou, Shekou, Singapore, Port Klang, Colombo, Karachi (KICT), Karachi (PICT) and Mundra before revisiting Port Klang, Singapore and Shanghai.

Containerships announced on 1st November that a second service will call at London Thamesport from Gdynia, Poland. The service offers regular and fast connections with Poland, with improved transit times from Gdynia of 3-4 days and 4-6 days for the return journey. 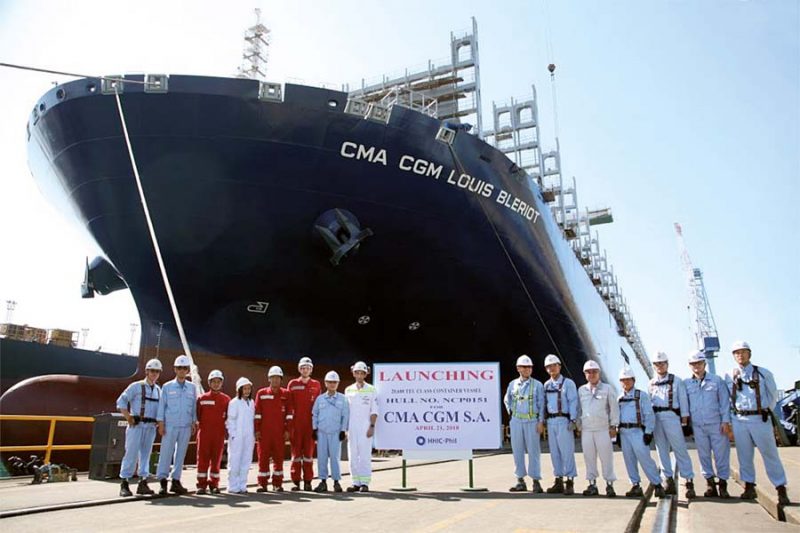 COSCO Shipping’s 215,553gt and 21,000 TEU capacity containership COSCO Shipping Nebula was named and delivered on 23rd October at Jiangnan Shipyard (Group) Co., Ltd. The giant vessel is 400m long with a beam of 58.6m, a moulded depth of 33.5m, a maximum draught of 16m and a design speed of 22 knots. The ship’s maximum deadweight is 198,000t and the maximum capacity is 21,237 TEU. The ship will serve on the Far East-Northwest Europe loop (AEU3).