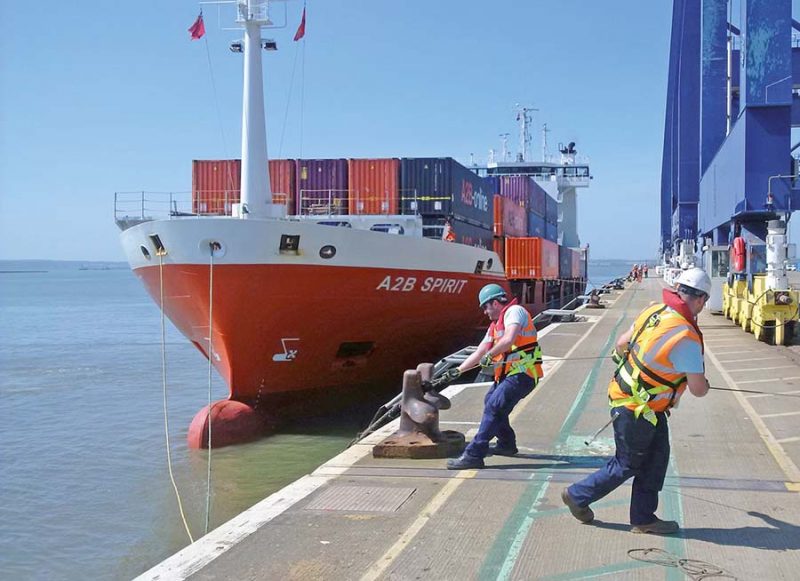 A2B-online Container B.V. added a fourth weekly sailing on its service between Hutchison Ports London Thamesport and Moerdijk in The Netherlands from 18th April. The first sailing was placed in the hands of the 3,999gt/1998 built A2B Spirit (above, ex-Norfeeder), a Sietas 151 type 508 TEU container ship, the fourth of this class owned and operated by A2B. The company is a multi-modal short-sea operator specialising in full load, part load and pallet consignments to and from the United Kingdom, Benelux and Germany. It offers reliable short sea services from the port of Moerdijk including a door-to-door service with its own fleet of 1,400 45ft containers.

APL announced on 13th April that its China Philippines Express 1 (CP1) service will be making additional calls at the Chinese port of Xiamen and Batangas in the Philippines. This development extends the market coverage of the shortsea service that links South China and the Philippines. Each week, the enhanced CP1 service will call directly at the port of Batangas, facilitating shipments into and out of the economically-thriving Calabarzon region in the Philippines. The improved CP1 service commenced from Xiamen on 15th April with the following new port rotation: Xiamen-Hong Kong-Nansha-Shekou-North Manila-South Manila-Batangas-Xiamen.

In conjunction with Hamburg Sud, APL has also launched new services to tap growing volume between Asia and Mexico, as imports from China last year rose 12.9% to 632,844 TEU. The new APL route, Quetzal Express (QEX), runs weekly and connects China, Korea, Taiwan and Hong Kong with Mexico and west coast South America (WCSA), with a sailing time of 22 days to get from South China to Mexico. Other port calls on the route are Guatemala, Colombia, Ecuador and Peru. The eastbound route will carry Mexican fruit and perishable goods as well as imported manufactured goods from South China. The arrival of the new service follows APL’s launch of three others in February that link Asia and Mexico, each calling at one or more Latin American ports in Columbia, Ecuador, Chile, and Central America.