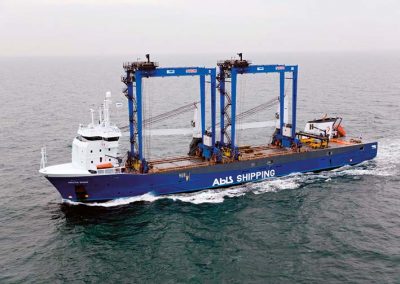 A total of 12 of Abis Shipping’s vessels were earmarked for auction as November arrived, out of 21 vessels under the technical management of Abis, with three companies providing commercial management services for the vessels, Denmark based Ocean7 Projects, Dutch company Amasus Shipping and Norway’s Peak Shipping. The financial situation that lead to this point in the 9 year history of Abis Shipping had been quietly brewing for a while and had been dealt with in such a way that none of the vessels were arrested and the ships were allowed to finish current sailings or deliver any cargoes already on board. The ships were then instructed to go to Rotterdam and one other Dutch port for warm lay-up to await their fate. The dozen ships were seized on behalf of lead creditor Rabobank and were expected to go for auction by early December. Abis joins fellow Dutch operator Flinter in financial strife. The latter’s creditors also included ING and Rabobank.

Ferus Smit of The Netherlands has received an order to build up to four 10,074gt/16,500dwt small handy bulk carriers for Irish shipping company Arklow Shipping. Two of the new 149.5m long/19.4m beam ships are scheduled for delivery in the second half of 2018, while the remaining two will join their owner in May and November 2019 respectively. Arklow Shipping currently operates a fleet of 43 general cargo vessels and two bulkers. 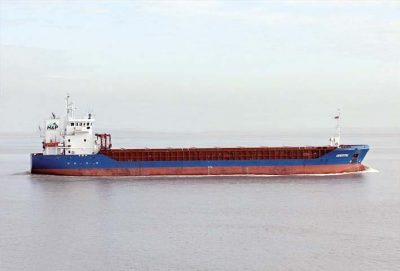 Scotline announced the purchase of the 3,183gt Scot Leader, formally the Odertal (above), at the end of November. The 4,507dwt ship was built in August 2007 in Bodewes Shipyard Holland and is ice classed with a cubic capacity of 6,360m3. She will be sailing under the British Flag like the rest of the Scotline fleet. The Scot Leader was handed over in Hull prior to dry docking, including being painted in the Scotline house colours. The company now operates 9 owned vessels and 12 in total, a modern fleet of coasters serving Northern Europe with regular routes between Sweden, Ireland, Denmark, Germany, Norway, the Baltic States, the Netherlands, France and the UK.