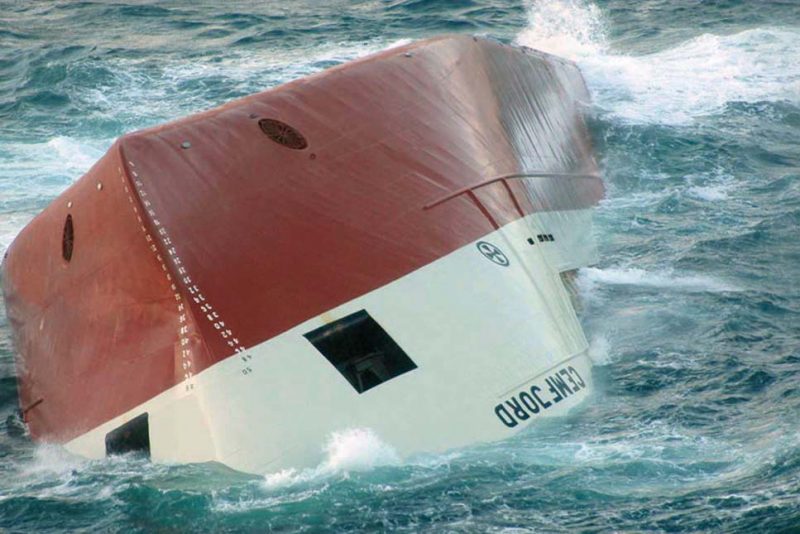 On 21st April the MAIB published its findings into the sudden capsize and sinking on 2nd January 2015 of the fully laden 1,850gt/1984 built and Cyprus registered cement carrier Cemfjord during extremely violent sea conditions in the Pentland Firth.

The rapid nature of the capsize denied the crew an opportunity to issue a distress message or the chance to conduct a controlled abandonment of the vessel. Passage planning requires that all hazards are taken into account and avoided. The extraordinarily violent and fatal sea conditions encountered in the Pentland Firth were predictable and could have been avoided. as well as insufficient passage planning, the master’s decision to press ahead with the voyage, rather than seek shelter, was almost certainly influenced by an underestimation of the severity of the conditions, his personal determination to succeed and an unwillingness to turn the vessel across the heavy sea.

It is likely that the Cemfjord’s stability condition did not meet the required criteria making the vessel more vulnerable to capsize. An accurate stability assessment is vital for every passage. The Cemfjord was at sea with significant safety shortcomings, and there is no evidence that any consideration was given to delaying departure until these problems were fixed. Instead, Flag State exemptions from safety regulations were approved to allow the ship to proceed to sea.

The MAIB has made a series of safety recommendations to the vessel’s managers, Flag State and the Maritime and Coastguard agency intended to improve the safety management of cement carriers and also review the safety arrangements in the Pentland Firth.