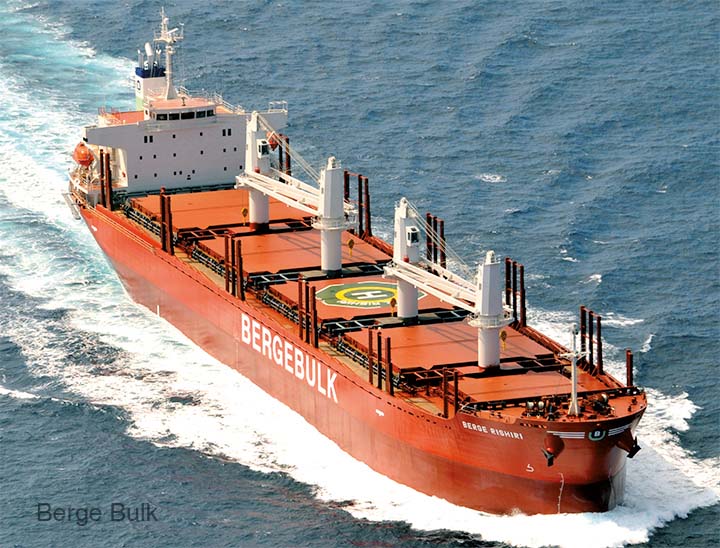 Berge Bulk took delivery of the 21,530gt Berge Rishiri (above), its sixth Handysize vessel, from Japan’s Namura Shipyard on 16th January. The company decided to diversify into the Handysize market and ordered the six 34,000 dwt vessels from the Japanese shipyard in 2013. In September 2016, Berge Bulk added the Berge Shari, the fifth Handysize newbuilding, to its fleet whilst the Berge Hakodate, the first vessel from the batch, was delivered in 2015. 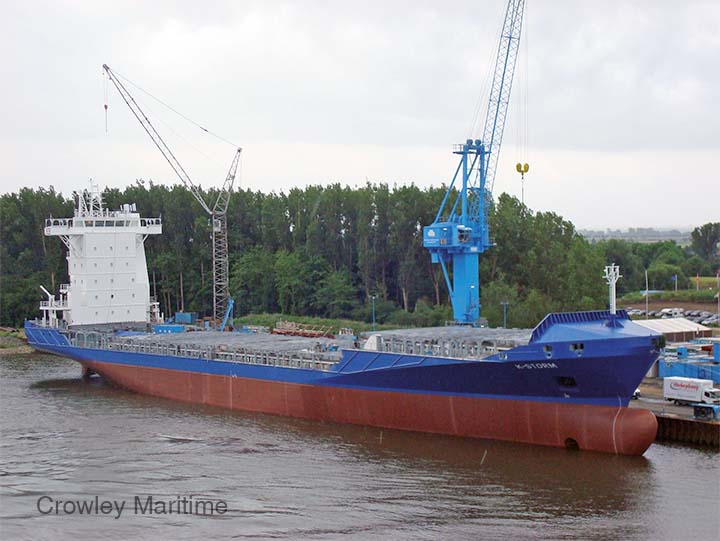 Crowley Maritime’s 8,246gt/2008 built KStorm delivered the first commercial cargo legally imported into the USA from Cuba in more than five decades during late January. Arriving at Port Everglades, the cargo consisted of just two containers of ‘artisanal’ Cuban-produced charcoal and is the first legal commercial shipment from Cuba to a private U.S. business since the U.S.-Cuba trade embargo was imposed in 1962.

Corrib Shipping Group of Dublin has added a fifth cargo ship to its fleet. The new addition is the 4,938gt/2000 built and 118m long Ziltborg a 7,200dwt capacity vessel with an ice class notation of 1A. The former Vechtdiep is owned by Royal Wagenborg.

Epic Gas of Singapore has taken delivery of the 8,319gt Epic Sardinia, a 11,000m3 liquefied petroleum gas (LPG) carrier, from Kyokuyo Shipyard in Japan. The Epic Sardinia is the seventh vessel in Epic Gas’ series of eight newbuildings, and was delivered on 25th January 2017, under a longterm bareboat charter with purchase option. The delivery of one remaining newbuild, the 11,000m3 Epic Salina (fully funded by Epic Gas), is scheduled for the first quarter of 2017. On 10th January the Epic Baluan, the sixth newbuilding, had joined the fleet.

Frontline is seeking to take over rival tanker owner DHT Holdings in a stock-for-stock deal.

Giuseppe Bottiglieri Shipping Company, one of Italy’s largest shipping firms, sought court protection in January as it looked to restructure its debts. The company operates dry bulk ships as well as chemical tankers and initially applied for court protection on 29th December under Italy’s insolvency law. This latest development only underlines the fact that the dry bulk market is struggling.

Höegh Autoliners sold its 27,887gt/1987- built Pure Car and Truck Carrier (PCTC) City of Mumbai for green recycling in China on 24th January 2017. This is the second of two vessels operated by Sinor Lines in South East Asia which were sold for scrapping. The first ship, the 27,887gt/1987 built Höegh Chennai, was sold for demolition in December 2016.

Maersk Tankers has confirmed an order for ten LR2 product tanker vessels at China’s Dalian Shipyard for delivery over three years from 2019. The order was unveiled as part of the company’s financial report, in which Maersk Tankers said that its profit for the full year 2016 dropped to $62m from $160m the previous year. The company’s order book now totals 11 mid-range (MR) product tankers, five of which are scheduled to be delivered during 2017 and the last six in 2018.

Navig8’s seventh newbuilding product tanker was delivered during late January to the shipping operator’s Navig8 Product Tankers division from Chinese shipbuilder Guangzhou Shipyard International Company Limited. The ship in question was the 63,965gt LR2 tanker Navig8 Gladiator which was ordered as part of a batch of eight ships from the former CSSC Offshore & Marine Engineering (Group) Company Limited, now GSI. With a 128,000m3 capacity, the new 249m long/44m beam ship is also the seventh one to be delivered under the sale and leaseback agreements entered into with CSSC (Hong Kong) Shipping Company Limited (CSSC) on 25th June 2015.

The 128,806gt/2016 built LNG gas carrier Christophe de Margerie was delivered to Sovcomflot on 31st January. The ship is capable of breaking through thick Arctic ice to deliver Russian LNG to Asia and her delivery marked an important step towards completion of a $27bn LNG project championed by president Vladimir Putin. The ship is the first of a new class of icebreaking LNG carriers that will open an export route from Siberia to the Pacific. 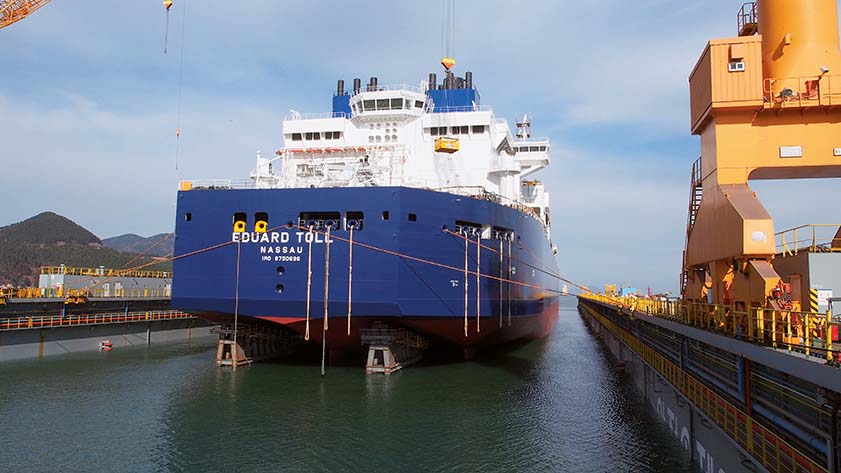 Teekay LNG Partners‘ first icebreaker LNG newbuilding was launched on 21st January (above). The vessel, Eduard Toll, is Teekay’s first of six 172,000cbm ARC7 LNG carrier newbuildings to be constructed for the Yamal LNG project. The construction of the Eduard Toll began in 2016 at the DSME shipyard in South Korea.

Trafford Docks, Manchester, was visited by the 2,042gt/1999 built low air draught coaster RMS Duisburg (above) on 30th January 2017. She was carrying two large silos from Germany and the vessel berthed at a former dry dock and became the first large cargo ship to visit Trafford Docks in over 20 years. 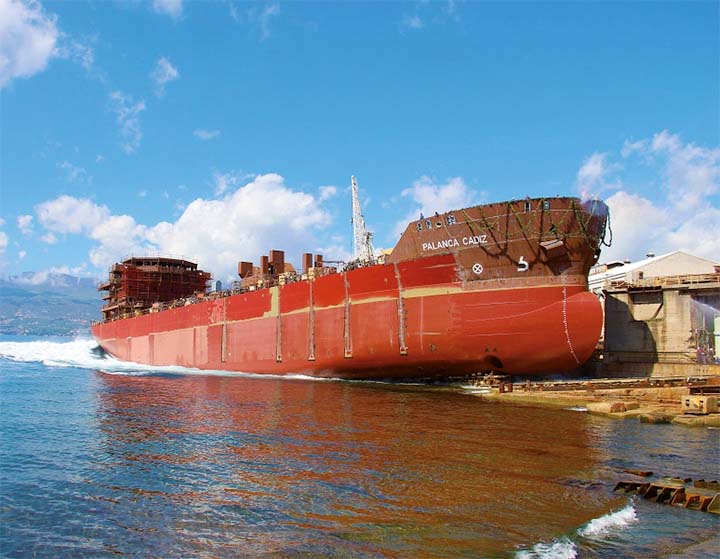 Wisby Tankers of Sweden took delivery of the Palanca Cadiz, a 10,830gt/15,000dwt asphalt carrier, from Croatian Shipbuilder Uljanik. The 133m long and 23m beam tanker was launched at Uljanik’s 3. Maj Shipyard in mid-April 2016 (above). The Palanca Cadiz is the second such vessel built for Wisby Tankers, the first being the Palanca Rio in June 2015.

Various bulker and tanker news from across the globe