To India on SS Maihar – Part one 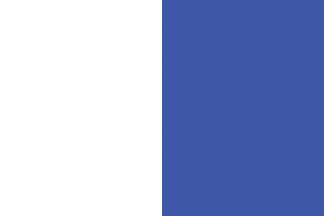 It is only when one studies the present day pattern of seaborne trade and types of ships now employed, that one realises the revolution that has occurred over the past forty years or so.

Unlike the in-and-out container ships of today, the voyage to India and Pakistan and back on the Maihar in 1957 saw her spend 62 days at sea and almost double that time in port.

At that time it was inconceivable that there would be, for example, no Brocklebank, Holt, Ellerman, Clan or B.I. ships to be found in the ports of the world in fifty years time. These were all household names with a long and honourable history of trading and service in many wars.

My own deep-sea experience during that period included service in a number of ships belonging to Thos. & Jno. Brocklebank Ltd., long established and well regarded shipowners dating from the formation of the company in Liverpool in 1802 with the sailing ship Active.

They were one of the oldest established shipowners in the world whose origins can be traced back to 1770 when Daniel Brocklebank built his first wooden ship in Sheepscott near Portland, New England, having earlier set out from his native Whitehaven in Cumbria to start up a shipyard in the colony. Earlier he had been apprenticed in a shipyard in Whitehaven, where his father was rector.

With the start of the American War of Independence he returned to Whitehaven in the Castor, a ship he captained for a number of years afterwards, until he came ashore in 1785 to found his own shipyard and ropery at Bransby in the port.

Daniel retired in 1800, and the business was then carried on by his sons Thomas and John, the firm becoming Thomas & John Brocklebank, this was shortened to Thos. & Jno. Brocklebank, Jno. being the abbreviation for John at that time.

They built their first ship, the Active, in 1801 and continued a policy of often building on spec and if not sold they ran the ships themselves.

With the expiry of the lease, the yard was closed in 1865, their final ship no. 157 being the Mahanada (1). Many years later a group of ships were ordered they were given ‘M’ names to commemorate this event, and thus the ‘M’ nomenclature was retained until the final days of the company.

Memories of service with the Brocklebank Line and SS Maihar