A Voyage On The MS Sunjarv 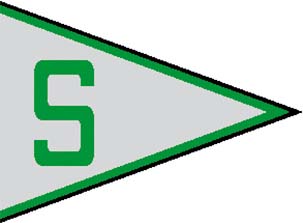 The Sunjarv started life as the Motor Ship Gjendefjell. She was built in the Sunderland Yard of J. L. Thompson & Sons in 1958 and was a five hatch gearless bulk carrier of 9,993 grt. Her owners were Dieseltank of Oslo, Norway, who sold her to Paddy Henderson’s British and Burmese Steam Navigation Company in 1965. They intended to charter her to Saguenay Terminals, a Canadian Aluminium Ore Company, who had several other ships on charter all named with the prefix ‘Sun’ and they intended to rename her Sunsalween. However, this never happened and she became the Sunjarv.

I had previously spent six voyages on the West African run on Elder Dempsters passenger ship RMS Aureol, and had asked the Company Superintendent if there was any possibility of employment on a cooler run. He vaguely replied that there was a 4th engineers position available on the ore carrier MV Sunjarv, presently berthed in Grangemouth, and that she traded to Mackenzie in Canada. Just the job for me, I said to myself after I had my brother Bill drive me the short distance to Grangemouth to have a looksee. Excellent accommodation for that time, and a shared toilet and shower with Archie, the Third Mate, a good natured fellow Scotsman. The engine room was well laid out and spotlessly clean, a legacy of the Burmese engine room squad who were hard, dedicated workers to a man.

John Hastie was the Chief Engineer who hailed from the Easter Road district of Edinburgh. Douglas Saunders was the Second Engineer, one of nature’s gentlemen and an excellent tradesman. He was a Manxman from Douglas on the Isle of Man, famous for its Manx cats, the moggies with no tails.

Bob Thompson was the Third Engineer, one of undoubted ability whose accomplishments included a supportive role in Scotland’s whisky industry. There being only three working engineers meant single handed watch keeping duties, something I looked forward to with a slight degree of trepidation.

The main engine was a 6 cylinder Doxford opposed piston engine, the same model which powered the Aureol, the only difference being the signage and instructions which were all in Norwegian. The generators were Bergen, an engine unfamiliar to me, but which were to prove very reliable. There was an electrician to ease the workload, and two Chinese fitters whose skills were to prove invaluable during the trip. They had been seconded from Blue Funnel Line, one of the companies which formed part of the recent amalgamation consisting of Elder Dempster, Paddy Henderson, Glen Line and Nederlandsche Stoomvaart Maatschappij Oceaan. The conglomeration was titled Ocean Fleets and were my new paymasters.

Bob Thompson had travelled from the village of Penicuik to join the ship. Penicuik was an outer suburb of Edinburgh nestled among the Pentland Hills and was famous, I think, for nothing. Bob had taken a taxi from his home for the twenty odd mile journey to Grangemouth. It seems likely now that some sort of rapport must have been established with the driver, for several refreshment stops had been made en-route, possibly at every pub. Bob was a professional whisky drinker and in support of his hobby had brought a case on board to keep him supplied until such time that the ship’s duty free spirits became available. I was invited to his cabin to partake of a noggin, and there in the corner of the sofa lay the recumbent form of a person obviously suffering from an overdose of conversation fluid.

‘Is this a mate of yours?’, I asked. ‘Och aye’ replied Bob, ‘it’s the taxi driver from Penicuik and he wants to come along for the trip.’ I could not believe it, could he be serious? What would the Captain say if he found a drunken taxi driver on board in mid Atlantic? Just in case, and with the help of the electrician, we managed to get the reprobate down the gangway and into the back of his taxi to sleep it off.

We departed Grangemouth on 10th August 1967, a date which coincided with the farewell party in Edinburgh for my brother Bill and his family who were soon to join the SS Fairstar to transport them to their new life in Australia. I was on the eight to twelve watch after we sailed, and about an hour later I noticed, with some trepidation and alarm, white metal particles adhering to the oily sheen inside the crankcase inspection window. This looked to be very serious so I immediately phoned the Chief Engineer who requested the engine be shut down ASAP. We anchored close by the Forth Rail Bridge and after the cooling down period the crankcase was opened to reveal the big end bearing had run its white metal lining. This bearing had supposedly been overhauled by a shore squad whilst the vessel was in Grangemouth, so it would now appear that they were somewhat less than proficient at their job. When these bearings are fitted with new white metal liners the clearances are checked by, what we called lead wool, not unlike lead string of various thicknesses.

The procedure was that the bottom half of the bearing was hoisted up onto the crankpin and flogged up with the top half to normal working conditions. The two halves had been covered with bearing blue and the crankshaft was now partially rotated and the two halves separated. The bearing blue indicated any high spots which were then removed by bearing scrapers. This procedure was repeated until an even surface was achieved and the clearance determined by the compression of the lead wool strips over the crankpin. This is usually a lengthy and arduous procedure, and if left unsupervised, it was not unknown for the shore fitters to roll a beer bottle over the leads to the required thickness and hung up for the surveyor to check with his micrometer. This was a distinct possibility in this case, so it was head down to fix it.

A story of life aboard the MS Sunjarv