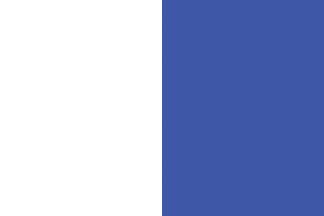 Five days out of London we called at the Moroccan port of Ceuta for oil fuel bunkers. As I was nominally responsible for filling the tanks I did not see anything of the port apart from the dock environs. The ship did not have any phone connections to the bunkering stations on deck but had a voice pipe in the boiler room to the deck. This rather antiquated arrangement made bunkering a somewhat fraught operation as when the oil was reaching the top of the sounding pipes in the after tanks it was necessary to sprint up the tunnel and shout to the man on duty at the voice pipe to give the signal to the shore to stop pumping. Many was the time that the valve cock on top of the sounding pipe had to be closed in a hurry without having time to pull up the steel measuring tape.

Our steady progress through the Mediterranean was only interrupted once when, on my watch, I detected some nuts on the air pump actuating lever slackening off. The emergency stop was a short one and we were soon away again. I was fast gaining the reputation of either a Jonah or being exceptionally vigilant!

At this stage of the passage east it became necessary to adjust the clocks for the time difference. On some ships this was done an hour at the time but we knocked a half hour off the 3rd and 4th engineer’s watches, this meant that the 2nd did not enjoy the shorter watches eastbound, but conversely did not have any additional time added to his watch homeward bound.

We arrived at Port Said at 2130 on the 2nd of July twelve days out of London and anchored among a large number of ships waiting to join the southbound convoy through the Canal before getting underway at 0340. This was before the passing ship canal was built and ships travelling in both direction in convoys passed each other in the wider waters of the Bitter Lakes.

For many this was the first glimpse of the mystic East, even the smell coming off the land was different.

We did not have a permanent searchlight in the bows so we used an old fashioned carbon-arc light slung over the bow and positioned so it illuminated the navigational markers and the adjacent bank. The canal passage took until 2100 hours next day and four days after clearing Suez at the southern end we arrived at Massawa, a port in northern Ethiopia and anchored until next morning when we went alongside.

I can truthfully say that this was the most uncomfortable port I have ever had the misfortune to enter. The heat was oppressive, exacerbated by the enclosed harbour, so much so that most of us slept on deck with spells in the vegetable handling room to cool off. Luckily we stayed only until next afternoon when we sailed on the short passage down to Assab.

This was a complete change from Massawa. We moored at a stone pier in a more or less open roadstead with a strong breeze blowing onshore to keep us cool. The port was pretty basic and the highlight was to watch the changing of the uniformed armed guard in front of an imposing white building above the harbour.

It was here that the Fifth’s goldfish finally expired. He had bought them at a market in East Ham and had carefully nurtured them this far. In rough weather anyone passing his cabin always checked that the bowl was securely wedged and that the water had not washed out. We put the cause of death to possibility of contamination in the sand he had picked off the beach to replenish the bowl.

After three days in the port we got underway for Djibouti, a short hop of twelve hours steaming down the same coast but now out in the Gulf of Aden. The ease of departure was confirmed by only taking forty five minutes from stand by to full away. Djibouti was almost equally uncomfortable as Massawa had been but we were only there Saturday overnight.

Part 2 of the memoirs from the Brocklebank Line.