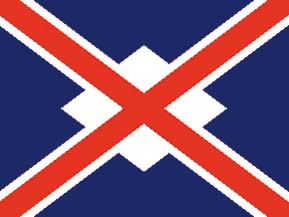 In 1946, Union-Castle Line took over three fast cargo motor vessels from the Ministry of War Transport, renamed as Drakensberg Castle, Good Hope Castle and Kenilworth Castle. Three ‘R’ class replacements had been delivered during 1944/45 as Rowallan Castle, Richmond Castle and Roxburgh Cstle, while two new ‘R’ refrigerated class, Riebeeck Castle and Rustenburg Castle, of a modified design, became the first new post-war vessels of the company. A new mail and freight contract was signed on 1st January 1947. Mail voyages were now of fourteen days duration, and additionally it was agreed that certain cargo ships would be transferred to South African registry to run on the Cape Town to eastern seaboard of U.S.A. service. Good Hope Castle transferred on 14th July 1947, with Drakensberg Castle shortly afterwards.

Cape Town also began a long period of ambitious dredging and infilling and reclamation of land in post-war years. The dredging was on the outside of the Duncan Dock and the railway station, which like Southampton Central Railway Station at one time had the sea next to one of the railway lines. The large Ben Schoeman Dock on the outside of Duncan Dock was the result of this dredging, which today is also home to the six deep water berths of the Cape Town Container Terminal (CTCT), with a large number of post Panamax gantry cranes. Duncan Dock in post-war years operated fruit and multi-purpose terminals, the cold store, a dry dock and a repair quay, and other facilities including the Jackson Wharf.

All of the express mail and intermediate liners went through a long period of refit and restoration of their public rooms after wartime trooping and hospital ship duties. Capetown Castle was the first of the mail liners to return to service on 9th January 1947, followed by Stirling Castle later in 1947 along with sister Athlone Castle, while Pretoria Castle returned to service in March 1947 with a new name, Warwick Castle, alongside her sister Durban Castle. Winchester Castle of 1930 resumed her service in September 1948, while Arundel Castle, dating from 1921, did not resume her service until September 1950, and Carnarvon Castle of 1926 did not return until June 1950. The surviving ‘Intermediate’ service liners had also resumed service, and Durban Castle and her sister Warwick Castle returned to the Round Africa service in 1950 as two new, larger mail ships had been delivered from Belfast in Edinburgh Castle and Pretoria Castle.

The new express steam turbine powered mail liners of Pretoria Castle and Edinburgh Castle came into service in July and November 1948 with accommodation for 214 First Class passengers, and 540 in Tourist Class, with a crew of 400. They had cost £2.5 million each and were handsome liners with much larger funnels. They are remembered for their comfortable public rooms, but due to post-war austerity these were not fitted out to the high, lavish standard of the pre-war express mail liners. The pair also suffered from vibration in the aft accommodation whenever they were stressed to their maximum speed of 22.5 knots to make up time after delays from bad weather. They missed two voyages in 1962 when they were taken out of service for a short refit with their outward appearance altered. The foremast was cut by one third to funnel height, a mast was fitted above the bridge, and the mainmast was removed. These alterations did not improve their appearance, and also their masts were repainted white instead of red brown. Pretoria Castle was sold on 1st January 1966 to the British subsidiary of the South African Marine Corporation (Safmarine), and re-entered service on 2nd February 1966 as S.A. Oranje with a new livery of white hull, Safmarine funnel of grey with a black top and blue, white and orange touching bands. She was employed on the same Cape Town mail service but her crew and management continued from Union-Castle Line.