The Wreck of the Cherry Venture 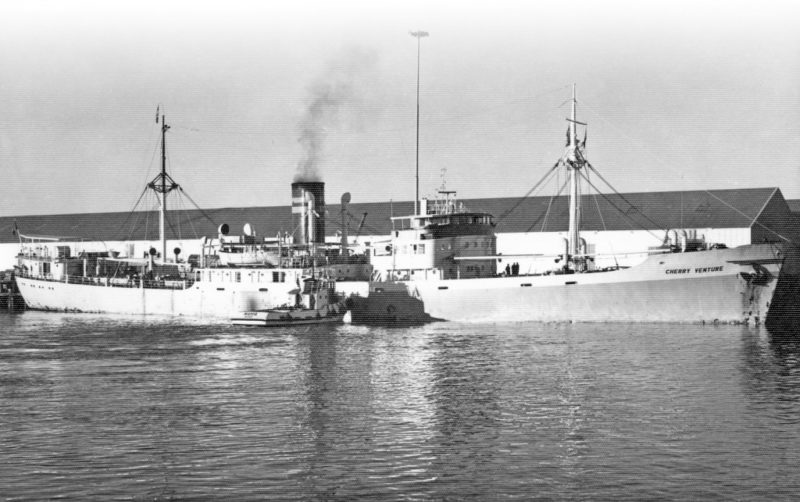 The Cherry Venture was originally named Scania, when built by Lindholmens Varv at Gothenburg in 1944. She was later named Slott and then Timur Venture. In 1973, she was acquired by Singaporean interests (Sea Tankers Pty. Ltd.) who renamed her Cherry Venture. The ship ran aground on Teewah Beach in South East Queensland, on 6th July 1973 in a severe storm and remained on the beach for 34 years until demolished in situ early in 2007, during which time she became one of the most visited and photographed shipwrecks in Australia’s maritime history.

Captain Seluenu had been in command of the vessel for her final voyage from Auckland to Brisbane. The ship which had a GRT of 1,745 and a NRT of 812, was fitted with a 2,450 IHP diesel engine. She was not a large cargo vessel, only 91.4 metres in length, but the voyage was conducted in ballast (empty of all cargo with only water ballast carried in ballast tanks) which meant the vessel sat high in the water. Under normal circumstances a voyage in this condition would have been quite acceptable.

The Queensland coast had been battered by gales for many days in the winter of 1973, even though it was technically outside the cyclone season. Cyclone force winds were recorded in the Moreton Bay area between 6th-10th July. The storms all originated out of the Tasman Sea and caused more than 22 ships, to attempt to reach the Port of Brisbane. On July 8th, the wave buoy at Double Island Point was indicating swells measuring forty feet from peak to trough.

The ship was at the mercy of wind and tides being so light and high in the water. Due to the prevailing weather conditions the ship drifted too close to Double Island Point. Even with full power ahead and facing into the wind and swells, Cherry Venture struggled to make any headway to gain more sea room and stop the drift towards the beach. In attempts to arrest the drift, both anchors were deployed but continuing heavy seas and wind gusting up to 70 knots, caused the ship’s anchor cables to part.

The prevailing 70 knot winds made it virtually impossible for the 24 crew members to be winched to safety by means of helicopter, although attempts were made, they had to be abandoned.

By 1.00pm, at the top of a flood tide, the Cherry Venture was driven hard aground and carried up the beach a considerable distance. None of the crew was injured but getting them ashore as the breakers crashed around them was almost disastrous. Lifeboats were swept away and, so as the tide dropped, a Breeches Buoy was rigged to get the entire 24 crew off to safety. 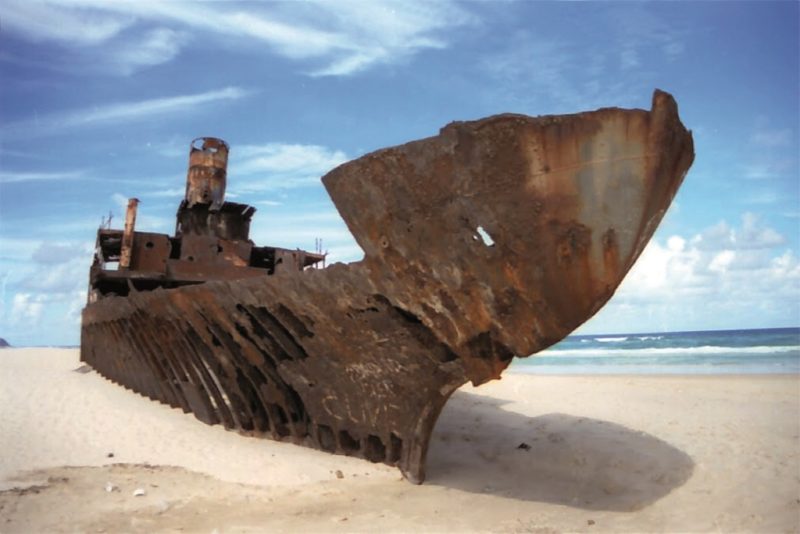 In 1975 the wreck was purchased by a Mr. Vaggelas who intended to convert it into a casino and in 1977 there was another failed attempt to refloat the ship.

In total nine major salvage attempts were made over the years to refloat the vessel, including dredging part of the beach, but all were unsuccessful. In fact, the Singapore owned ship had been on her final voyage as she was destined for the demolition yards of Taiwan. 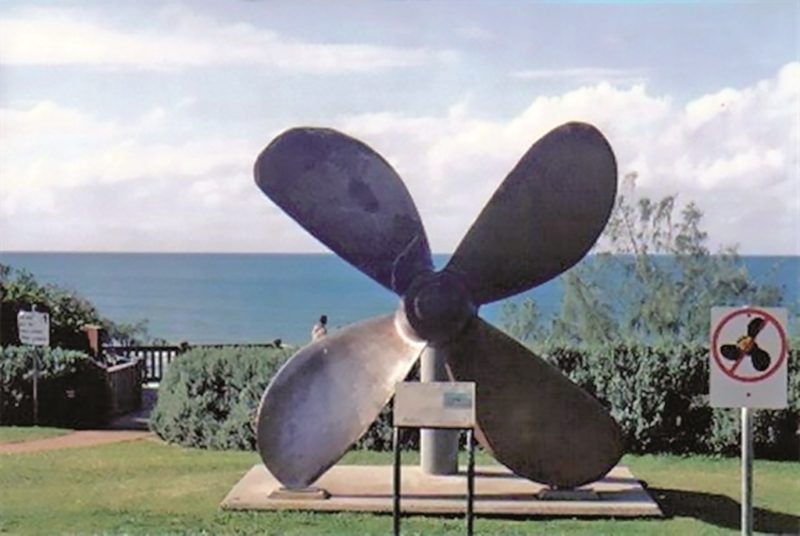 The propeller of the Cherry Venture was removed and mounted as a monument, displayed at nearby Rainbow Beach.

Caledonian MacBrayne -170 Years of Service to the Western Isles Pt2

The story behind the Cherry Venture and it's last voyage.