From Tramp Trades to Passenger Ro-Ros 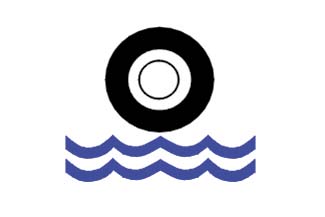 One of my earliest recollections of Albert Edward Dock at North Shields in the early 1950s was watching with my father the unloading of pitprops from Rex Line steamers into railway wagons. My father was manager of the nearby Whitehill Point Staith, opened in 1953 to ship coal from the dozens of collieries to the north of Wallsend and Newcastle. The last collieries to close were Rising Sun colliery in 1969 and the Havannah, Brenkley and Hazelrigg collieries in 1974, with Whitehill Point Staith closed at the end of 1974 when my father retired. The staith had shipped well over one million tonnes of coal each year during its 21 years of operation. One of the onerous outdoor tasks of the Albert Edward Dock office staff was the annual ‘measuring up’ of the piles of pitprops that covered 250 acres of dock estate land to give an estimate of stored pitprops ready to be used in the shoring up of tunnels and shafts of the collieries. Some of the Baltic traders arriving in the Tyne with deck cargoes of timber had pronounced or severe lists to port or starboard, due to shifting cargoes made worse by immersion in seawater.

During the years of 1937 and 1938, 280,000 tonnes of pitprops and timber were imported at Albert Edward Dock, with two Rex Line vessels, Dalarö and Bjorkö, completing discharge on 31st October 1938, and then moved upriver to back load with a total of 9,600 tonnes of coal at Jarrow Staiths and Dunston Staiths. Timber and pitprop imports at North Shields reduced to 200,000 tonnes in the years of 1947 and 1948, and only 95,000 tonnes in 1962. Similar amounts of pitprops and timber were imported to Tyne Dock on the south side of the river for the Durham collieries. In addition to pitprops, sawn timber, deals, battens and boards, some 33,000 tonnes of mahogany and other hardwoods from West Africa were also imported in 1962 to manufacture veneers and plywood. There were two timber berths on the south side of Albert Edward Dock, with electric luffing cranes of up to forty tonnes capacity, which discharged the pitprops to railway wagons. They were left in their discharging slings while being taken to the storage areas, and instead of being stored unsorted, were sorted and placed in long piles by size as required.

The Rex Line steamers in the early 1950s were all engines ‘midships ‘three island’ types with high counter sterns bearing the names of islands in the Stockholm archipelago, all ending in ‘O’ with two small dots above and pronounced as a ‘U’. The archipelago covers an area of ninety miles from north to south and around twenty miles east of the capital. The inhabited islands number only 150 out of a total of 30,000 islands and islets, with many of the local population having summer houses here. Alö, Blidö, Dalarö, Gallnö, Lidingö, Ljusterö, Namdö, Runmarö, Smadalarö, Svartsö, Tyresö and Utö are some of the bigger islands with excellent sandy beaches for swimming in the warmer weather. Utö has a history dating back before the Viking era, with iron ore mining over a century ago, and today is the best seaside resort in the Stockholm archipelago.

Rederi A/B Rex had two periods of shipowning, the first was set up in 1903 by Waldemar Beijer in Stockholm with the first small steamer being Nord of 1,843 grt built by the Grangemouth and Greenock Dockyard in 1900 as Maria Goriainova. A larger Nord of 2,204 grt followed in 1906 from the Kockums yard with a quarterdeck of length 76 feet on an overall length of 280 feet. Tord of 1,313 grt was completed in August 1907 by the W. Harkess & Sons Ltd. yard at Middlesbrough with a bridge deck of length 136 feet, and Waldemar of 1,635 grt was purchased a few years later, having been built in 1908 by the Nordseewerke yard at Emden as Anna Podeus. Four Baltic traders were owned on the outbreak of World War I, the last two including Tord were sold off in 1917.

From Tramp Trades to Passenger Ro-Ros