Stockholm is known as the ‘Queen of the Baltic’ for the beauty of its surroundings, especially of the Stockholm Archipelago. It lies on the east coast of Sweden, where the waters of Lake Malaren flow into the Baltic Sea. There are over 30,000 islands in the archipelago, and many ancient fishing villages, coves and pretty beaches in a big area that stretches from Grisslehamn in the north to Landsort in the south. One has to be born and bred in this archipelago area to know all of its secret channels and waterways. Russian submarines infiltrated these secret channels during the Cold War, leading to incidents with the Swedish Navy. Ice is the major problem in winter with pack ice drifting down from the Gulf of Bothnia. The Swedish Maritime Administration employs five icebreakers, Ale, Atle, Frej, Oden and Ymer, in the Gulf of Bothnia and ports further south in order to keep open the four channels into Stockholm port for the slow moving convoys of tankers and general cargo ships. 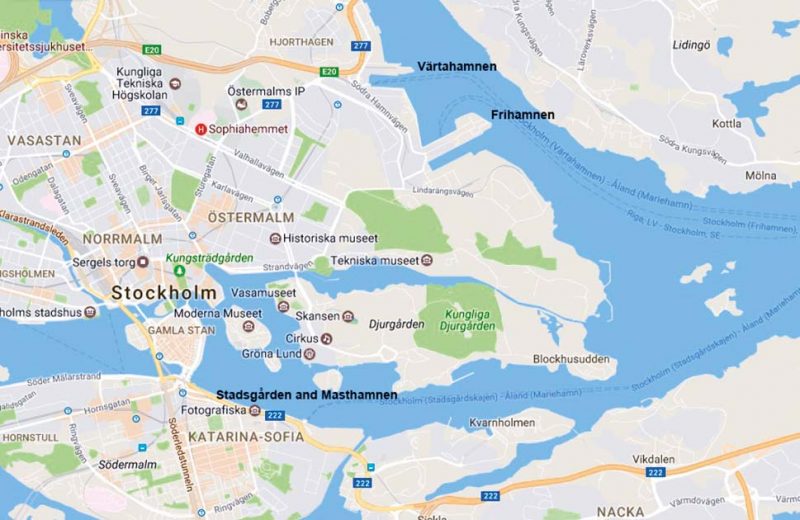 The four channels into the port are:-