Quebec is the oldest and largest port in Canada after Montreal, and lies below the dramatic setting of a massive citadel built by the British in 1832 with a circumference of nearly three miles. The busy port handles around 33.5 million tonnes of cargo and around 168,000 cruise passengers per year, many of whom climb one of the eleven sets of stone steps that link the port with the Upper Town some 250 feet above. Place Royale at the foot of the citadel is the oldest town square in all of North America, and the views of the city from the citadel are very impressive and dominated by the massive, turreted Chateau Frontenac. Fortunately, a funicular transports pedestrians to stay in the Frontenac, which is now a converted into a luxury hotel from the accommodation in the former Canadian Pacific Railways (CPR) establishment for railway passengers waiting to travel across Canada. 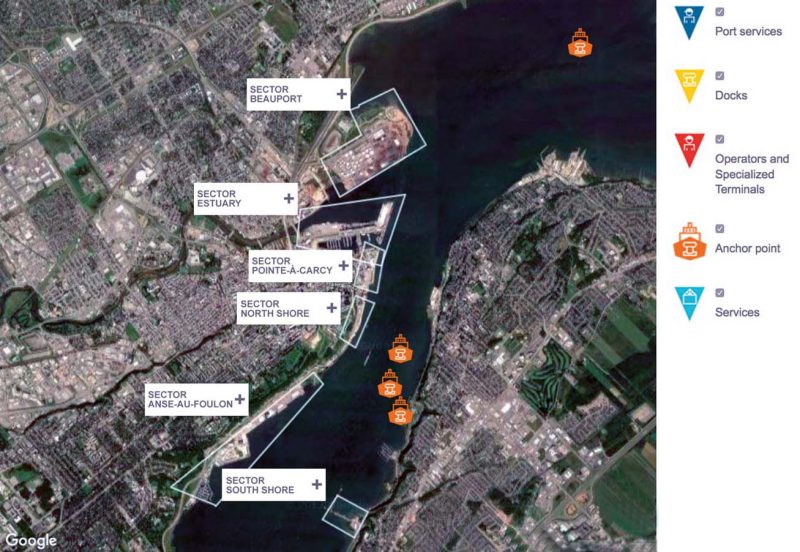 French explorer Jacques Cartier sailed up the St. Lawrence in 1535 and reached as far as present day Montreal, but it was Samuel de Champlain that founded Quebec in 1608. The Native American Iroquois peoples already had a settlement there called Stadacone, and when the British also arrived in the St. Lawrence, conflict arose between the French and the British with both sides recruiting the Iroquois as allies. The Royal Navy raided French coastal forts, including one at the entrance to the Saguenay river, and French troops attacked British garrisons and trading posts. The issue was finally settled by the Seven Years War (1756-1763) when General James Wolfe and the British forces defeated a French army under the Marquis de Montcalm at the Battle of the Plains of Abraham.

The British seized Quebec, but the uneasy peace was shattered by the American War of Independence. The Canadian colonies remained loyal to Britain although Montreal fell temporarily to the American colonists in 1775. The boundary between Canada and the U.S.A., which remains to the present day, was agreed in the peace settlement of 1776. A brief flaring up of old tensions erupted in the 1812 British ‘interference’ with American ships in an effort to enforce a blockade of Napoleon’s France. British and Canadian troops captured Detroit, the Americans burned Toronto, and the British burned the White House in Washington in retaliation. The peace settlement of 1814 returned things as they were before the 1812 war, and peace brought increased commerce to Quebec for the next one hundred years.

Quebec City received its official charter in 1840 with British troops continuing to man the citadel until 1871. Trinity House of Quebec began to dredge the shallow St. Lawrence river and make a passage to the north and south of the Ile d’Orleans, a large island in the middle of the St. Lawrence just downstream from Quebec. The Port of Quebec was developed into the Louise Basin, and the Estuary Sector from the 1860s with grain silos at Bunge and the important cross Continent railways were connected to the port. The Port of Quebec shared the role of capital of Canada until Ottawa was chosen as the permanent capital in 1867.

The Quebec Harbour Commission was founded in 1858 to improve the marine facilities, with up to 30,000 British and Irish immigrants passing through the Louise Embankment clearing house each year. Louise, the daughter of Queen Victoria, laid the cornerstone of the docks that carried her name, and included the new Pointe a Carcy wharf. Immigrants intending to travel onwards across Canada by CPR landed at the Louise Embankment Wharf, which was 800 feet long with an alongside depth of 36 feet at low water. The Baggage Shed was 400 feet in length and CPR passengers collected their baggage from the conveniently spread out baggage on the platform in front of the shed, purchased their CPR railway tickets, and their baggage was then loaded into railway cars, with the immigrants alighting special sleeping cars for their long cross Continent journey.

The Canadian port features as this month's port of call