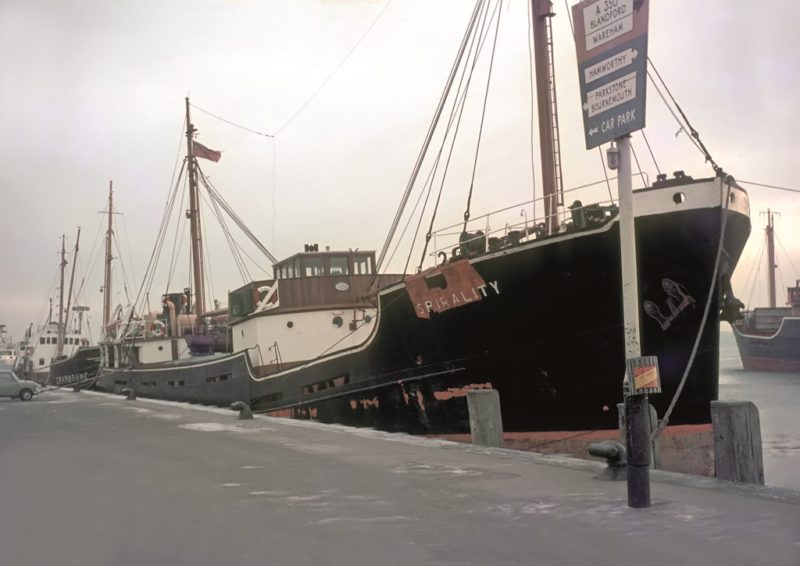 A busy scene at Poole Quay in November 1967. From left to right are the Cranborne of John Carter (Poole) Ltd., the Spirality of F.T. Everard & Sons and the bow of Stephenson Clarke’s Shoreham.

The 554grt Spirality was built in 1939 by Goole Shipbuilding. On 18th November 1968 she arrived at Tamise to be broken up by J. Boel et Fils.

The 439grt Cranborne was built in 1958 by Bodewes at Hoogezand for the well established local company John Carter (Poole) Ltd. In 1970 she was sold to Hudson Tannis of St. Vincent without a change of name.

The 1,834grt Shoreham was built in 1957 by Hall, Russell at Aberdeen. On 26th June 1979 she was wrecked off The Lizard and was towed to Strood, arriving on 7th September to be broken up by Lynch & Sons.