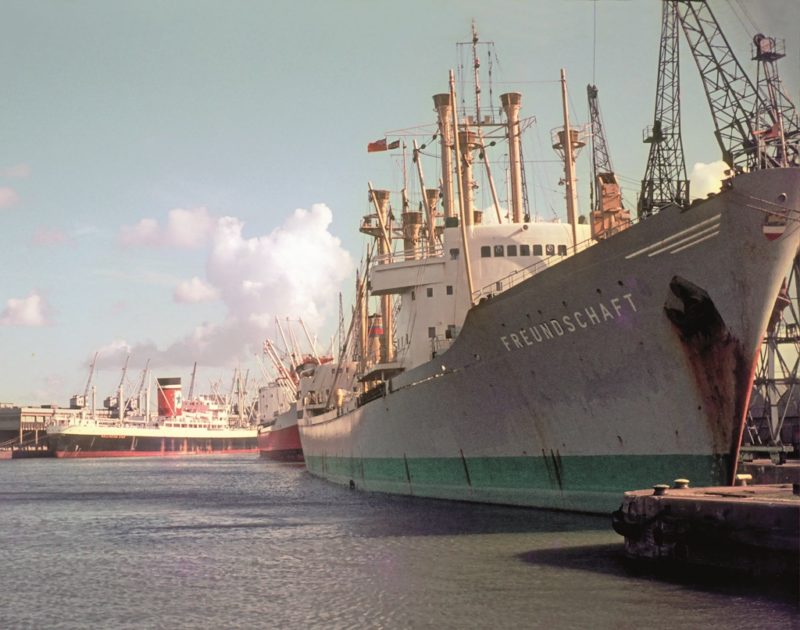 The 11,994grt Wellington Star was built in 1952 by John Brown at Clydebank. In 1975 she was sold to Broad Bay Shipping and converted into the livestock carrier Hawkes Bay. On 9th August 1979 she arrived at Kaohsiung to be broken up by Nan Kwang Steel & Iron Co.

The 7,643grt Coventry City was built in 1966 by Doxford & Sunderland Shipbuilding at Pallion. In 1974 she was sold to Brandts Shipping and renamed Ilkon Dalio and in 1976 she joined Cie de Nav. d’Orbigny as Javron. In 1981 she became Bounty III of Cie Tahitienne Maritime, then on 26th December 1986 she arrived at Kaohsiung to be broken up by Chi Hsiang Steel Enterprise Co.

The 9,643grt Freundschaft, one of the famous ‘Frieden’ class of ships, was built in 1957 by Warnowwerft at Warnemunde. In 1977 she was sold to Eurarabia International of Beirut and was renamed Eurabia Friendship. On 6th August 1978 she arrived at Split to be broken up by Brodospas.