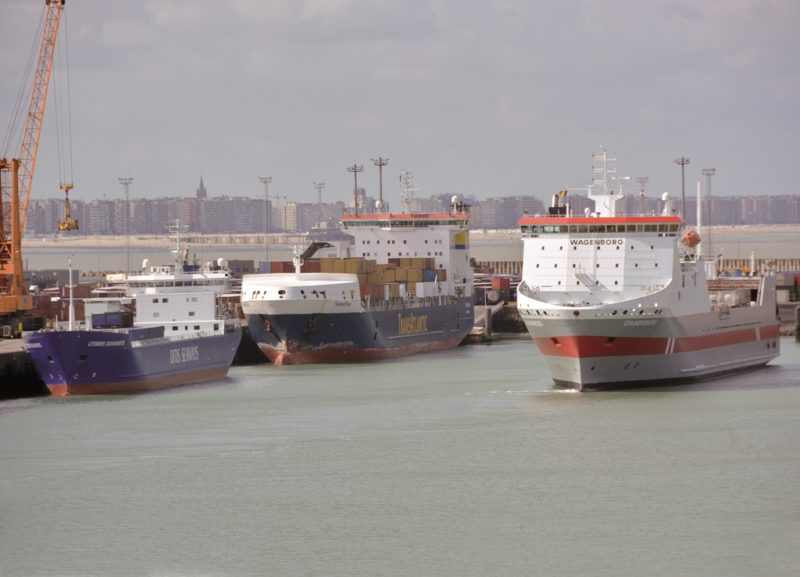 Zeebrugge on 14th August 2014. From left to right, the Lysbris Seaways of DFDS, the Transpine of TransAtlantic Fleet Services and leaving port is the Spaarneborg of Wagenborg Shipping BV.

The 20,851gt Transpine was built in 2002 by Stocznia at Gdynia as the Finnpine for Finnlines. She became Transpine in 2008 and in 2016 she moved to Karmarine Karadeniz Denizcilik of Istanbul and now sails for them as Karadeniz Powership Ibrahim Bey.

Our Photo this month comes from Zeebrugge on 14th August 2014