50 Years Of A Singapore Tiger 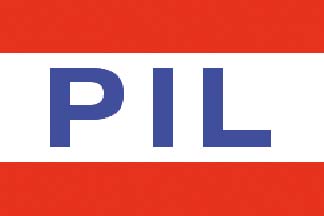 Pacific International Line (PIL) was founded by Chang Yun Chung, also known as Teo Woon Tiong, the Chang and Teo surnames in Chinese Mandarin referring to the same ‘Zhang’ family. He was born in 1918 on the island of Kinmen in an archipelago off southern China and now part of Taiwan. He moved to Malacca in Malaya at the age of nineteen years in 1937 as his education in Fujian province of southern China was interrupted by the invasion of China by Japan during that year. However, his voyage to Malacca was not without incident as his ship sank during a typhoon and he was rescued by a passing tanker. His father was a physician who came to Singapore and was killed by the Japanese during the early days of the occupation of the city by the Japanese in late 1942. He himself was badly tortured by the Japanese in Malacca in 1944 in order that he might reveal information on anti-Japanese groups operating in the area, which he never did.

At the end of the war in August 1945, he moved to Singapore from Malacca, where he had been helping his uncle to run a small business, and started a number of small trading businesses with friends in Singapore, operating from a small store on Market Street near the waterfront of the Singapore river. He sailed to Sumatra and other Dutch East Indies islands to bring bananas and other produce back to sell in Singapore. These businesses all failed and he nearly lost his life in encounters with pirates. He then was made General Manager of the Kie Hock shipping company in the early 1960s, developing strong trading relations with the Chinese Government. This was to stand him in good stead after he was able to save enough money to begin his own shipping company as Pacific International Line on 16th March 1967 to begin trading to China from Singapore.

PIL on commencement of trading had only ten shareholders and $6 million in capital with which to build up a fleet trading to China. China at this time at the end of the Cultural Revolution was very insular in nature, and the founder saw an opportunity to trade with this untapped Communist country. He, of course, knew China well as he was Chinese by birth, and he became one of the first foreign businessmen to break into the Chinese market, as he was well connected in Chinese business and political circles, including with the Chinese President and Vice President. The founder had taken Malaysian citizenship in 1965 when Singapore and Malaysia separated, being advised to choose Malaysia by friends as it was much larger and had more room for development.

Shipping in South East Asia was dominated in the late 1960s by Dutch and British shipping companies and others flying Panamanian flags of convenience. The big British Naval Dockyard at Sembawang was closing down in the late 1960s, and the founder saw an opportunity to register his ships in Singapore in return for benefits from the Singapore Government. These amounted to granting pioneer shipowner status with tax exemption on profits, in return for half of his seafarers and office staff being Singaporeans, and that half of all ship repairs were done in the now Singapore Government owned Sembawang Dockyard, sold off by the British Government for the princely sum of one pound.

Singapore has always been a port of transit, re-exporting more than half of its imports of manufactured goods, oil refinery parts, and construction materials, as well as its exports of its own locally manufactured radios, cameras, watches and the excellent ‘Tiger’ brand of beer. The Tiger Brewery was known internationally and had brewed the ‘Tiger’ brand since 1931 on the Alexandra Road at Malayan Breweries, a joint venture between Heineken and a local brewer. The first PIL ships thus needed to be small shelterdeckers, sourced from the extensive KPM of Holland and China Navigation Co. Ltd. (Swire) fleets already operating in the region. The first two ships of PIL traded from Singapore to Jakarta and Bangkok and were of 2,660 dwt when purchased from KPM as Sinabang and Siberoet, completed in 1949 by the Van der Giessen yard at Krimpen, and were renamed Kota Naga and Kota Singa. This ‘Kota’ nomenclature has continued ever since, ‘Kota’ meaning hill or mountain, with plenty of these throughout South East Asia. Two similar shelterdecker KPM sisters quickly followed into the PIL fleet, Sigli and Sibigo, renamed as Kota Eagle and Kota Machan. Two China Navigation shelterdeckers followed in Shansi of 2,630 dwt built by Scott’s of Greenock in 1947, renamed Kota Rajah, and sister Soochow, renamed Kota Ratu, as well as Shonga of Elder Dempster and also of 1947 vintage, renamed Kota Matu. Kota Rajah and Ratu obtained charters from the Malaysian Shipping Corporation to carry troops in 1975, and were renamed Sang Suvia and Sang Fajar with their starboard side openings aft plated in.

A passenger trade was also operated by PIL between Whampoa in China, Hong Kong and Singapore with larger cargo-liners purchased with accommodation for up to 310 passengers in the Swire sisters Changsha and Taiyuan, renamed Kota Panjang and Kota Sahabut. They were built for the Australian service from Hong Kong, with Changsha having two embarrassing times during her Swire career. The first was on her maiden voyage in October 1950 when she broke down and was towed into Gibraltar, and the second was her long period ashore of six months at Nagoya in 1959 after being blown aground by typhoon Vera. The sisters now had double the accommodation with which they were built, by fitting metal bunks in the forepeak and aft ‘tween decks. Further passenger ships came from the Dutch owned KJCPL fleet in the sisters Tjiluwah and Tjiwangi, renamed Kota Bali and Kota Singapura. These were also built for the Australian trades, and PIL kept them trading to the same destination with the bottom of the holds converted to carry sheep. These four passenger ships had white hulls, and Kota Singapura took her name from the Sandskrit word for the ‘Tiger’ city of Singapore. Cargo-liners were purchased from British shipowners, including Ellerman Line, T. & J. Harrison, British India Line, Bank Line, Bibby Line, Jardine Matheson, and Pacific Steam Navigation Company (PSNC).

The PIL fleet had grown in size to thirty ships by 1973, with several ships then purchased from Dutch owners including from Royal Interocan Lines and the associated Koninklijke Java China Line (KJCL) e.g. Straat Towa, Straat Clarence and Straat Franklin renamed Kota Maha, Kota Chempaka and Kota Wirawan, and Nedlloyd Musi, built as Musi Lloyd for Rotterdam Lloyd in 1957 becoming Kota Sentosa (2) in 1977. The latter ship unfortunately capsized and sank on 3rd June 1981 when 150 miles west of Colombo during a voyage from Singapore Roads to Karachi, with only four survivors picked up from her boats a few days later by the tanker World Cavalier. Kota Gajah of 2,038 grt and built in 1965 settled in shallow water alongside the quay at Bangkok after fire had broken out on 5th July 1981 while she was discharging cargo, and was severely damaged aft.

The fleet had reached fifty ships by 1981, by now trading to the Japanese ports of Yokohama and Kobe, the Indian and Pakistani ports of Bombay and Karachi, the Persian Gulf ports including Basrah, and Aden, Hodeidah (Yemen) and Aqaba at the northern end of the Red Sea. A further eight cargo-liners were purchased from Norwegian owners including Wilhelmsen, Fearnley & Eger, I.M. Skaugen, Bruusgaard Kiosterud, and Thor Dahl A/S. The German shipowners of Hapag Lloyd and Norddeutscher Lloyd sold four ships for further service with PIL in the Far East, with a quartet from Brostroms of Sweden, and another pair from Greek owners.

The several anchorages at Singapore always had black hulled PIL cargo ships waiting for berths, and the white hulled passenger and cargo ships Kota Panjang and Kota Sahabat, formerly with Swire, would disembark their passengers from Whampoa, Shanghai and Hong Kong at an anchorage near to Clifford Pier. They were sent for scrapping in 1980/81 and replaced in 1981 by the Spanish passenger and cargo ship Ciudad de Pamplona renamed as Kota Singapura (2). She was of 7,567 grt and had been built in 1964 at Valencia by the Union Navale yard for Trasmediterranea with accommodation for 136 passengers. However, the passenger trade from Whampoa, Shanghai and Hong Kong to Singapore ceased after she was laid up at Singapore Roads on 24th January 1984. The specialised livestock trade of sheep and cattle was carried out by Kota Temak, formerly the cattle carrier Al Kuwait, and completed by the Brodogradiliste yard in Jugoslavia in 1964.

50 Years of a Singapore Tiger