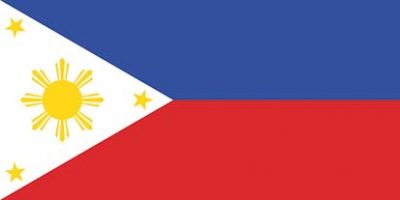 The Port of Manila (Pantalan ng Maynila in Filipino) is the main port on Manila Bay, one of the finest natural harbours in Asia, with many piers and terminals that serve the Metro Manila area. However, it is managed by the State owned Philippine Ports Authority (PPA), with collective responsibility for all of the ports of the Philippines, and administered in the five broad areas of Manila/North Luzon, Batangas/South Luzon, Visayas (the central eight islands or groups of islands), Northern Mindanao and Southern Mindanao. Manila is a large, busy port with 4.75 million TEU of containers handled per annum in 2016 and a total of 75 million tonnes of cargo, while all of the PPA ports handle a much larger total of 6.574 million TEU of containers and 250 million tonnes per annum (96 million tonnes domestic cargo and 154 million tonnes of foreign trade cargo). In the early 1970s, there were over seven hundred State owned and privately owned ports in the Philippines, with the PPA formed in December 1975 as a central management body for all of the ports of the Philippines, the two biggest being Manila and Batangas. The Port of Manila is located at 14-38 degrees North, and 120-58 degrees East. 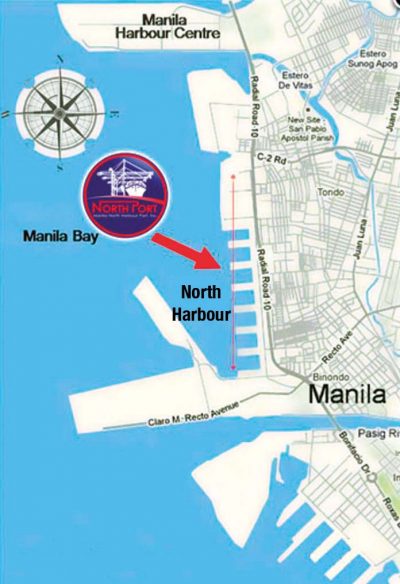 The Manila area dates back to the pre-Spanish rule of the islands, with trade relations with most of the neighbouring island groups dating back to the ninth century A.D. Major trading partners included the Dutch East Indies, Japan and China with also trading to the more distant India and Middle East regions. Attacks by the Sultan of Brunei led to his rule and fortification of Manila on the Pasig river in the thirteenth century. The Spanish arrived and settled in the central islands of Cebu Island and Panay Island in the early sixteenth century, with Governor Miguel Lopez de Legazpi forced to attack in 1570 the forces of the Sultan of Brunei ensconced in Manila as the Sultan would not submit to Spanish rule. The Spanish succeeded in capturing Manila, brushing aside any signs of resistance in the surrounding areas, and in 1571 the Colony of the Philippines was declared as part of Spain.

The Spanish Governor General of Manila ruled the islands but was subordinate to his counterpart of the Viceroy of Mexico City. The Spanish shipped large quantities of gold and silver from the Caribbean area back to Cadiz at this time as well as trading between the Caribbean and the Philippines. A Chinese force of ships with three thousand men attacked Manila in 1574, but after their defeat, the Spanish rulers forced the Chinese that were already resident in Manila into separate districts. Manila was declared the capital of the Philippines in 1596, and a municipal government was established in the town with the Spanish ruling community called Intramuros (‘Inside the Walls’) with heavily fortified walls. This Intramuros area is today the oldest district of Manila, and is on the south side of the Pasig river with its high stone walls intact. It is the best place to visit in Manila for anyone with a knowledge of Spanish history.

The British occupied Manila for a brief two years during the early 1760s, the Spanish fled after destroying their instruments of government and their valuable historic documents, but the Philippines were restored to the Spanish Crown in 1763 under the Treaty of Paris. However, dissent of Spanish rule grew in the mid 1890s with much anti-Spanish propaganda distributed to the population of Manila, with an open rebellion on the streets in 1896. The leader of the revolution, Jose Rizal, was executed by firing squad against a wall in the main street of Manila after months of fighting and the formation of a revolutionary government opposed to Spanish rule. However, after only two further years of rule, Spanish forces were defeated by American forces during the Spanish – American War of 1898. Admiral George Dewey of the U.S. Navy defeated the Spanish warships in the Battle of Manila Bay, and the subsequent peace treaty ended three centuries of Spanish rule.

Discontent continued under American rule, and a year later in 1899 a war broke out between the Americans and the Filipinos, leading to the defeat of the Filipino troops under General Aguinaldo in 1901. The Filipinos continued to resist American occupation of their island with a guerrilla war, which was brutally and bloodily suppressed by the Americans over a long period. A policy of ‘deferred independence’ was the solution to the dilemma of the Americans.

General Douglas MacArthur (1880-1964) sailed into the Port of Manila in late October 1922 to assume command of the Military District of Manila. He quelled a mutiny in 1924, and subsequently became friends with the later Philippine President, Manuel L. Quezon. The Philippines achieved semi-independence from the United States in 1935 under their new President Quezon, who became the first Philippine President to occupy the Malacanang Presidential Palace on the Pasig river. President Manuel Quezon during his presidency asked General Macarthur to supervise the creation of a regular Philippine Army, becoming its first Five Star General and Field Marshal.

General MacArthur stayed in the penthouse suite of the Manila Hotel during his tenure from 1935 to 1941 as the Military Adviser of the Philippine Commonwealth. Construction of this white stucco hotel, designed in ‘California Mission’ style architecture, took place between 1909 and its opening on 4th July 1912 to commemorate American Independence Day. It was built on 35,000 square metres of reclaimed land at the north west end of Rizal Park, and was the centre of American social life in Manila. It survived the war, although badly damaged, and was rebuilt in 1975 with a tall tower hotel building behind the original restored hotel, and now has 570 rooms, all with fabulous views over Manila Bay. Today, one can stay in his (General MacArthur’s) suite for a cool US $650 for one night.

A Voyage On The MS Sunjarv

A history of the Port of Manila