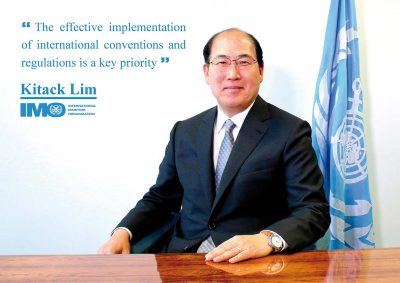 What are the IMO’s main objectives for 2016?

The main objectives this year include the smooth implementation of the mandatory IMO Member State Audit Scheme; further efforts to address greenhouse gas emissions from international shipping; the next steps in the application of goal-based standards for construction of oil tankers and bulk carriers; continued work on passenger ship safety and the implementation of the Ballast Water Management Convention.

Other matters on the regulatory side include the review of the Global Maritime Distress and Safety System, pushing ahead with the e-navigation strategy and managing cyber security threats.

Alongside these, a key objective for this year and beyond is the continued implementation of the hugely important Technical Cooperation Programme which supports capacity building, particularly in Small Island Developing States and Least Developed Countries. This can be seen in the context of a long-term strategy to create conditions for increased employment, prosperity and stability through enhancing the maritime sector and a sustainable ‘blue economy’ in developing countries.

It is extremely important that we promote the transfer and uptake of maritime experience and expertise so that all Member States can participate effectively in maritime activities. Feedback from the mandatory audits will also contribute to this process.

For me personally, the effective implementation of international conventions and regulations is a key priority. I have talked about a “voyage together”, in which my vision is one of strengthened partnerships – between developing and developed countries, between Governments and industry, between IMO Member States and regions.

Another personal objective is to strengthen communication between the maritime industry and the general public and I see IMO acting as a bridge between all these stakeholders. I am keen to raise our visibility not just among those who already know us, but also among those who do not. I want to raise awareness among officials, ministers and decision-makers outside of our regular community, in the interests of joined-up thinking, joined-up planning and collaboration.

An Interview with Kitack Lim, Secretary General of the IMO

An Interview by Paul Gonzalez-Morgan