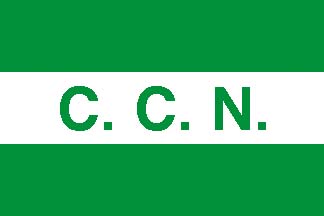 She is probably the least well known of all the ‘ships of state’ introduced in the 1960s. Longer than Sagafjord and Shalom, larger than Alexandr Pushkin, her relative anonymity is, indeed, a travesty. Proudly named after the great instigator of Portuguese exploration in the 14th and 15th centuries, the nation’s flagship was also their largest ever passenger liner, fully deserving her place in the pantheon of great 20th century passenger ships.

The ‘Infante’ or ‘IDH’ as the name was inevitably abbreviated, was ordered in December 1957 by Companhia Colonial de Navagação (CCN), to serve Portugal’s African territories in Angola and Mozambique. The builder of choice was the Cockerill Shipyard at Hoboken, near Antwerp, Belgium. They had completed a slightly smaller pair of sister ships in the early 1950s, for the company’s Central and South America service. The new design (devised by the owner’s in-house naval architects, headed by Taborda Ferreira, in tandem with Cockerill‘s own design team) showed a clear family resemblance to those aforementioned twins, Vera Cruz and Santa Maria.

On 29th April 1960, dressed overall in signal flags and festooned with garlands around her bow, yard number 814 was named Infante Dom Henrique by Maria Theresa Scares de Fonseca, wife of the CCN president. To the cheers of spectators in the yard and others lining the opposite bank, she slid down the ways and into the waters of the Schelde. Nine months later, on 22nd January 1961, as IDH neared completion at her fitting out basin, company and country became the unwanted focus of the world’s media spotlight. As Santa Maria sailed through the calm waters of the Caribbean, armed rebels seized the ship, in protest at Antonio de Oliveira Salazar’s government. Tragically one of the ship’s officers was shot in the ensuing struggle and initially the ship made for Angola. Subsequently she diverted to Recife in Brazil, after negotiators persuaded the maritime hijackers to release the complement of terrified, innocent passengers. In the first days of February, amidst rumours of a blockade by Portuguese and Brazilian warships, the rebels surrendered.

CCN’s problems were far from over. The same month that Santa Maria was thankfully returned intact, in frigid conditions far removed from the tropics she would serve, the Infante was eased away from her fitting out berth and taken downstream, into the inhospitable North Sea. As her Westinghouse turbines were cranked up to their 22,000 shp limit, builder and owner alike became progressively concerned at the new ship’s performance. Speed and stability were not in question but the source of their anxiety had plagued generations of steamships ever since the screw propeller had been introduced, vibration had occurred. Physical trials became metaphorical trials, and as the Infante headed back to her berth, engineers were already analysing the data, to devise a solution.

After much head scratching and a delay of several months, the cause was traced to the design of IDH’s two propellers. New four bladed screws were ordered to replace the original ones. To the relief of all concerned the remedy worked, Infante dom Henrique was accepted by her owners in late September, and sailed from Belgium to Lisbon.