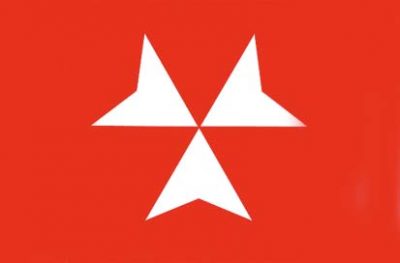 The 1960s represented a final flourish for the ocean liner, yet amongst the European countries proudly parading new national flagships there was a notable absentee, West Germany. Ultimately it would take a Dane of formidable energy and aptitude, to organise the first large passenger liner to be built for German owners in 30 years.

At the end of the Second World War the victorious Allies imposed draconian restrictions on the German Merchant Marine, including a moratorium on the building of new liners. Most of the pre-war fleet had either been sunk in the conflict, or awarded as reparations to the allied nations. Tentatively in the early 1950s, the former Goliath’s of the transatlantic scene, Hamburg America Line and North German Lloyd had entered the passenger ship business with the assistance of ‘neutral’ Swedes, but this was using chartered and second-hand vessels.

It was the aforementioned Dane, Axel Bitsch-Christensen (affectionately known as ABC) who injected impetus into rejuvenating the German marine, and in particular the historic port of Hamburg. In 1958 he introduced the rebuilt Canadian Pacific liner Empress of Scotland, as flagship of a new venture called Hamburg-Atlantik Line. Proudly bearing the name Hanseatic, she became a symbol of pride for a nation and city still recovering from the trauma of conflict. Haneseatic’s success prompted Bitsch-Christensen to plan a new liner as early as 1962. He also devised a quite unique way of financing the project, utilising the popularity and patronage of the existing ship. Both the Federal and local Hamburg authorities had pledged to support the new construction in the form of loans and guarantees, however this was conditional on the shipping company securing an additional 30 million Deutsch Marks. The solution was a share issue, costing $25,000 per share, which was taken up by 225 of Hanseatic’s most loyal, and wealthy, patrons. His proposal included the formation of a new company to finance the building and operation of the ship. Consequently, Deutsche Atlantik-Schiffahrts GmbH & Co., trading as Deutsche Atlantik Line (German Atlantic in English), was founded in Hamburg, aboard Hanseatic, on 1st December 1965.

Tenders were invited from three local yards, Blohm & Voss, Deutsche Werft and Howaldtswerke Hamburg. Initially this was for a 20,000 grt, 24 knot vessels but by mid-1966 this had been slightly increased to 22,000 grt, with a consequential increase in capacity from 485 cruise passengers to 650. ABC favoured the Blohm & Voss tender but as Government money was being used for construction, political pressure resulted in the building contract being awarded to state owned Deutsche Werft. For Bitsch-Christensen there was the compensation that design and general arrangements would be to Blohm & Voss ‘specifications. Initial artist impressions showed a ship broadly similar to Swedish America’s soon-to-be-delivered Kungsholm but with a single, boldly conventional funnel and no mainmast.