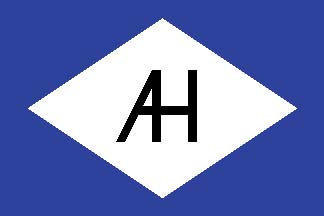 I left Gordonstoun School at the end of the Summer Term 1943, having completed a five year scholarship from Alfred Holt & Co. Prior to this I had attended the first course in 1941 at the Aberdovey Seaschool and two further courses by which time the courses were established as the Outward Bound School.

I was born in 1926 in Burghead (Morayshire), my father was a part owner of a Drifter/Trawler and spending some eight months of the year trawling from Fleetwood and about three months on Drift Net from Great Yarmouth. We were a family of seven (five boys and two girls) and my father didn’t want me to go fishing and he was happy that I gained a scholarship at Gordonstoun.

Liverpool then advised me to report to the Midshipmen’s Hostel at Rivers Dale Road where I signed my Indentures for four years this being registered and a talk about the company. The following day I, together with several Midshipmen travelled by train to India Buildings’ temporary Office. The next day I was accompanied by another Midshipman to visit the Sailors Home to be kitted out according to a standard list of clothing, not forgetting my toupee.

I then returned to the Navigation Class on Chartwork. We spent two days at the office and then I was instructed to join with three other Midshipmen and proceed to Glasgow to join the Menelaus at King George V Dock. The other three had sailed together on Lycaon and had their leave. We reported to the Marine Superintendent and then we were free to join Menelaus.

We boarded the vessel to find ashes to a height of some three feet on the deck by the gangway and a path cleared from the gangway to the entrance to the accommodation. We found our room was one deck down (on the main deck) on the starboard forward corner, along with other passenger accommodation in the same alleyway. The room was about 15 x 10 feet, with four bunks, a small table and wardrobe, there was no running water but a compactum – a piece of fitted furniture, with a wash hand basin inside and an enamel bucket underneath to allow for spillage on the deck. The nearest running water was salt water at the end of the passenger alleyway.

“To sleep, perchance to dream”

A Midshipman in WWII