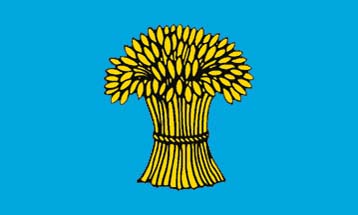 The storm raged unabated as we slowly continued on our way towards Canada, and even when it finally blew itself out the seas and swell still remained huge and the Sheaf Wear pitched and rolled around relentlessly. My life consisted of watch keeping, retching and sleeping, watch keeping, retching and sleeping…. with some more, watch keeping, retching and sleeping, and I’d hardly been sighted outside my cabin or the engine-room since joining the ship. Thankfully, an experienced and compassionate steward recognising my plight had kept me alive on a diet of dried biscuits and fruit which he brought to my cabin, but this was frowned upon and I was eventually summoned to a meeting with the Captain and Chief Engineer, and I felt a twinge of anxiety as I slowly made my way towards the Master’s suite and knocked cautiously on a curtained door frame.

But before the curtain had time to settle behind me, or my head sweep around and take in the Captain’s spacious day-room, two pairs of eyes were riveted on my feet.

“You didn’t tramp through the accommodation wearing those things?” a gruff voice rasped.

“Take your bloody boots off!” another one growled.

I had no chance to reply, and in a panic tangled the laces and struggled to get them off before standing in my stocking soles as the voice growled again.

“And don’t leave them in here, for gawd’s sake, put them in the alley!”

The Captain and Chief were both in uniform, their jacket sleeves adorned with four bands of thick, gold braid, the Chief’s entwined with purple, and they sat in comfortable armchairs nursing crystal glasses containing an amber fluid, and the Chief inquired, “hasn’t anyone told you to leave your boots in the engine-room?”

I shook my head.

“That’ll cost the Second Engineer a case of beer!” the Captain mused.

I was then given a stern lecture about the lethal mixture of a hangover combined with seasickness, but was spared the indignity of being entered into the Captain’s Logbook because I was a first tripper and had attended to my duties as best I could. My interview was obviously over, and as I shuffled away I’m convinced I detected a twitching on his and the Chief Engineer’s lips as they tried not to laugh.

“And don’t forget your boots,” I heard behind me. “Don’t wear them though, just pick the buggers up!”

Gossip travels quickly in a confined community, and Steve pounced on me when I returned.

“What was that all about?”

“Just some fatherly advice.” I sighed, and told him the story.

We ploughed onwards as the wind dropped and sea eased to a moderate swell, but one morning when icebergs were reported in the area we again reduced speed as a precaution and cautiously crept forward at ‘Slow-ahead’, although we never encountered anything bigger that a few cubes that would have fitted comfortably into the Captain and Chief’s tumblers…. and as we neared the coast some friendly slivers of sunlight chinked through the breaking clouds, and a welcoming school of whales frolicked in the distance, their blow-holes sending up columns of water high into the air.

The sky was blue as we brushed through an icy veneer and steamed up the Cabot Straight into the Gulf of St. Lawrence, and with Newfoundland on our starboard and Nova Scotia to our port, the air was crisp and sweet with the unmistakable aroma of land and conifers.

Sept Iles had a large and natural deep-water harbour with its entrance plunging to more than 250 feet, and being a great lover of history I was intrigued to learn that it had been named way back in 1535 by the intrepid seafarer, Jacques Cartier, but there were others who believed that the sheltered bay had been used even earlier by Basque fishermen, hence the local names, Point aux Basque, Ile Grande Basque and Ile Petite Basque.

The Sheaf Wear was edged alongside with the assistance of two tugs, and as soon as we secured, loading commenced from a series of chutes pouring rich iron-ore into her greedy, gaping holds. Our cargo had arrived from the Schefferville Mine some 360 miles into the rugged interior, on a railway line constructed by the ‘Iron Ore Company of Canada’ for the sole purpose of transporting the raw material to the stockpiles and drying kilns in Sept Iles.

The terminal was worked twenty-four hours, seven days a week, but only between July and December depending on the severity of the Canadian winter when an impenetrable ice made the port inaccessible, and now into November there seemed to be a sense of urgency to keep the shipping moving. Sea watches were maintained as our time alongside was expected to be less than a day, but no one seemed terribly desirous of going ashore, except for me, and Steve fidgeted about making feeble excuses. “I really must mend some socks and catch up with all my washing!”

The news spread quickly that I was going into Sept Iles, and I soon had a long list of items to buy and letters to post with even the Captain becoming involved.