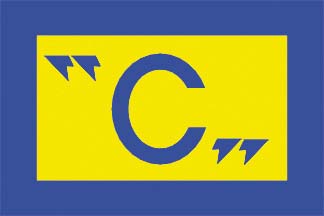 Costa Crociere today operate a fleet of a dozen huge cruise ships with a passenger capacity ranging from 2,200 to 3,780, and with even bigger ships on order. Costa Atlantica, Costa Diadema, Costa Deliziosa, Costa Fascinosa, Costa Favolosa, Costa Fortuna, Costa Luminosa, Costa Magica, Costa Mediterranea, Costa Pacifica, Costa Serena, and Costa Victoria are purpose built cruise ships with very stylish public rooms and Italian decor. The company was founded by three Costa brothers, Enrico, Eugenio and Federico – in the early 20th century in the busy port of Genoa, and was operating emigrant ships in the 1950s until the first cruise ship, the veteran Franca C dating from 1914, began the first cruise from Fort Lauderdale to the Caribbean in 1959. Converted liners made up the fleet throughout the 1980s, when it was the second largest cruise line in the world, second only to the Soviets. The takeover by Carnival Cruise Line in 1997 propelled into higher echelon of cruise lines, with giant cruise ships built to classes determined by Carnival Cruise Corporation for operation by themselves or their many subsidiaries.

Costa Marina and Costa Allegra were very stylish near sister Italian cruise ships for twenty years, that had started their careers as Swedish container ships for Johnson Line, and were then converted with much Italian flair by the T. Mariotti yard in Genoa with Martinoli & Compania srl as conversion consultants. The interior designer Guido Canali was handed the job of internal design and decoration, and produced a very handsome, if boxy, pair of cruise ships that were nicknamed ‘The Ships of Glass’. The container ship hulls were completely gutted, and the Genoese shipyard workers started again from scratch, building eight new passenger decks using hundreds of tonnes of steel, and, in the case of Costa Allegra, inserting a new forty four feet long ‘midships section weighing eight hundred tonnes. The view from astern was of a cutaway stern with a three deck high wall of thick ‘plexiglass’ used as observation areas, behind which the handsome public rooms were fashioned, with large areas of glass of over 8,000 square metres for walls and dividing spaces to give as much natural lighting as possible in the public rooms. Hence the nickname ‘The Ships of Glass’.

Costa Allegra was much the better of the pair with a much higher standard of finish to her staterooms and public rooms, having benefitted from the problems of conversion that were solved on Costa Marina. A three deck glass lobby and atrium greeted her passengers on the lowest deck named Lautrec Deck, with six more famous names of artists used for the decks above in Gauguin Deck, Van Gogh Deck, Modigliani Deck, Degas Deck, Rousseau Deck, and Manet Deck. Solarium Deck at the top had raised open walkways above gorgeous swimming pools, sunning areas, and quiet spaces where one could get away from the crowds on the main public room decks below. Glass skylights, domes, walls, and dividing spaces gave glass from ‘floor to ceiling’, with white as the main decorative colour throughout the ships. The group of five tall ‘stove pipe’ funnels, three of them painted yellow and two painted white, again gave the ships an unique look.

This month's memeorable ships features 2 of the Costa Crociere fleet