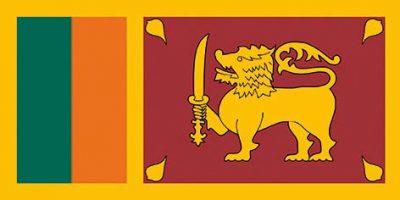 Colombo lies at the junction of several important trade routes, and is one of the most significant ports in Asia with a big transhipment trade in containers from Europe to the Far East. At least 70% of the container transhipment volumes to India are handled by the four big container terminals in the Port of Colombo, which had a throughput of 4.5 MTEU of containers in 2015 and is in the top thirty biggest container ports in the world. The Sri Lankan Ports Authority (SLPA) has responsibility for the Port of Colombo from its new headquarters in the new South Harbour adjacent to the original Port of Colombo. The SLPA also has responsibility for the development and maintenance of several other ports in Sri Lanka, including Hambantota with big vehicle imports of over 190,000 vehicles and trucks per year and a big bunkering trade. The other SLPA maintained ports are Trincomalee, Galle, Oluvil, Point Pedro and Kankasanthurai.

The island of Sri Lanka was known as Ceylon until 1972, but had gained its independence from the British in February 1948 with its capital at Colombo. However, the nearby ancient capital of Kotte became the administrative capital of the island in 1982, while Colombo remained as the commercial capital. A passenger service from Colombo to Northern Sri Lanka and the Indian State of Tamil Nadu recommenced in June 2011 after a bloody civil war lasting thirty years had ended against the Tamil Tigers in Northern Sri Lanka. The forward looking Government of Sri Lanka during the last decade has recognised the importance of developing the infrastructure of the Port of Colombo e.g. the plans to convert the Bandaranaike Quay into a fully fledged cruise terminal are well advanced. The Bandaranaike family have been Prime Ministers of the country in the period from 1956 when Solomon Bandaranaike took office, and after his murder, his widow Sirimavo became the first woman Prime Minister in the world. The SLPA was formed in 1979 and celebrated its 35th Anniversary in 2014, and owns a big fleet of twenty dredgers and tugs to maintain and control the depths of the entrance channels and escort vessels to the berths of its seven managed ports.

Colombo was known to many nationalities of traders from antiquity e.g. Arabs, Greeks, Romans, and Persians, but the first inhabitants of the island around 3,000 BC were the Veddas. They were conquered in the sixth century BC by the Sinhalese, who originated in North India. The characteristics of the Vedda people remain in some of the inhabitants of the remote interior of the island. Budda (563-483 BC) visited Sri Lanka several times, and found enlightenment in the Sinhalese capital of that period, Anuradhapura. The Buddhist Sinhalese form 72% of the population, and more Tamil people were brought into the island by the British from India to work on the tea estates in the cooler centre of the island around Kandy. The central highlands produce tea, while rubber, coconuts, rice and cassava are the other main crops. The Mahaweli Ganga river irrigation scheme of 1976 has watered one million acres of land in order to grow rice and thus offset large imports of rice. The island is not self sufficient in food, with one third of requirements imported. The northern tip of the island is only thirty miles from mainland India, with the Adam’s Bridge chain of islands almost making a land connection between mainland India and Sri Lanka. Tamils from South India invaded the island in the 11th century and drove the Sinhalese southwards, particularly to the Kandy area, which remained their stronghold until the British took it in 1815.

Thanks to its large sheltered harbour, Colombo became a strategic port on the route from Europe to the Far East. Colombo derives its name from ‘Kolomtota’ or the harbour of Colombo, which dates back to the 14th century kingdom of Kotte. ‘Kolomtota’ was the first port used by merchants from China, India and Persia, who came via the Silk Road to trade goods for the fabulous spices of the island. The Portuguese took control of the harbour in 1505, followed by the Dutch in 1656, and finally by the British in 1796. The British extended, upgraded and converted the roadstead into a sheltered harbour with piers during the latter part of their rule.

The British were responsible for much of the planning of the present city, and tram tracks and granite pavements laid during this era can still be seen today all over the city. In 1844, the P. & O. were awarded a British Government contract for a proposed new Ceylon (Galle) to Penang, Singapore and Hong Kong service. Singapore was then reached in eight days from Galle (the Ceylon port became Colombo in 1882) and Hong Kong in a fortnight, with the new service extended to Shanghai in 1846. The population of the Western Province of Ceylon was only 80,000 on 16th January 1866, when the British Legislative Council of Ceylon held its first meeting. In 1872, the Eastern Telegraph Company was formed to rationalise the British cable companies submarine telegraph connections to Bombay and Colombo.

This month's port of call is Colombo, Sri Lanka