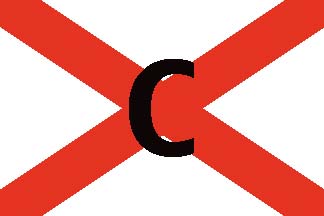 Coast Lines Ltd. was founded on 30th September 1913 by the merger of three Liverpool based coastal companies under the title of Powell, Bacon and Hough Lines. 1913 was the year in which some 4.2 million tonnes of cargo cleared the Mersey on coastal voyages compared to twelve million tonnes sailing on foreign bound voyages. Powell, Bacon and Hough Lines was renamed as Coast Lines Ltd. in March 1917 when the merged company was purchased for £800,000 by Sir Owen Philipps (later Lord Kylsant) and his Royal Mail Line as a coastal feeder network for his deep sea ships.

Transatlantic passengers arriving in Liverpool in 1914 had the choice of a number of good hotels to break their journey including the newly opened Adelphi Hotel, owned by the London, Midland and Scottish Railway (LMS), before continuing on to London and elsewhere in England. Coast Lines later purchased the Atlantic Hotel in Liverpool for their passengers arriving from Belfast and other Irish Sea ports in their coastal passenger vessels before continuing their journey by sea to London on their passenger ships. The loading berths in Liverpool for Coast Lines were in the Bramley Moore Dock, Nelson Dock, North Salisbury Dock, Trafalgar Dock and Victoria Dock. Coast Lines cargo arriving by rail was transferred to the loading berths from the Huskisson rail goods station, adjacent to Huskisson Dock and built in the 1870s with direct connection to Manchester and London.