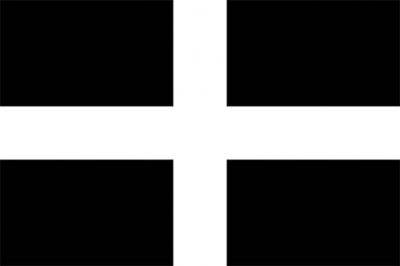 When one looks at a pretty and delicate china mug or coffee cup one doesn’t often think of what went into making it; the skill of the craftsman who fashioned it much less the materials used to make it. So it may not come as much of a surprise to learn that many people don’t know the connection between the small Cornish port of Charlestown and the cup of tea or coffee they’re drinking.

The connection is china clay. The landscape around St Austell in Cornwall is dotted with small quarry workings where this valuable mineral has been systemically ripped up from the ground to be sent north to the hundreds of potteries that once existed in and around Staffordshire. With such bulky loads it was never going to be a practical solution to send it via road or railway. The only solution was by sea.

The Chinese, quite rightly, up until the mid 18th Century held onto the secret of how to make delicate chinaware. This closely guarded secret had allowed China to develop a lucrative marketplace for its goods across the world. Inevitably the secret was discovered that Kaolin (China Clay) was used in its manufacture and deposits of the mineral were found in Cornish granite. The substance had been used in building work and was also found to be in early mortars. It took the work of one industrious chemist from nearby Kingsbridge in Devon, William Cookworthy, to uncover the properties of the mortar. In 1768 he patented his discovery and ever since the product has been known as China Clay.

Cookworthy in 1768 established a small pottery business in Plymouth before moving to Bristol, and was forced to sell his interests after financial difficulties to his partner Richard Champion. China Clay had by this time become ‘hot property’ as its use in the pottery industry gave the smooth, silky, porcelain finish everyone wanted on their dinner tables. Champion unsuccessfully applied for an exclusive 14 year patent extension on China Clay’s use but was fiercely opposed by manufacturers led by the famed Josiah Wedgewood.

The Cornish Port of Charlestown is this month's port of call