160 Years of Irish and Continental Trading 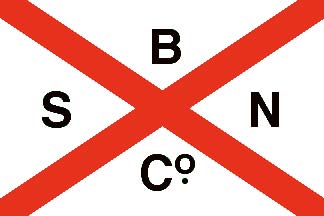 A British coastal liner shipping company that traded continuously for 160 years from its foundation in 1821 calls for great acclaim and respect. The company was founded by eight British merchants from Bristol, with the mundane title of the War Office Steam Packet Company to carry out a War Office contract to Ireland for the carriage of troops, recruits and convicts. Great skill was needed from the early Masters of the ships e.g. George Bailey, John Hyde, John Finlayson and William Rees, and their crews to keep well off lee shores, and to avoid, in the days before radar, the frequent collisions that relegated most ships to having brief careers of only a few years. The first company base was at Hotwells on the ‘Floating Harbour’, with its area bounded by the ‘Floating Harbour’, Limekiln Glass House to the east, and the Albion shipyard of the Hillhouse family to the west. Charles Hill began work at the yard in 1810 and became manager in 1822 and partner in 1825, with the yard renamed as Hillhouse & Hill in 1840 and Charles Hill & Sons in 1845. He and his family were to complete many ships for the company, with the two businesses working well as neighbours.

Bristol And The Early Steamers Of The Company

The Avon river was a trading and shipping point in Roman times, and by the 1600s shipping had moved upriver to Bristol to the confluence of the Avon and Frome rivers. The great tidal ranges meant that shipping at Bristol had to ‘take the ground’ at low water. This situation remained until 1803 when the ‘Floating Harbour’ was constructed by diverting the course of the Avon along a new channel, the New Cut, which when filled with water allowed a harbour unaffected by tides. Imports to the ‘Floating Harbour’ included cotton, tobacco, rum, cocoa and sugar, while grain and wool was exported.

The Bristol Steam Navigation Company owned only steamers from its inception in 1821, and in this respect matched its great competitor, the General Steam Navigation Company of London. Two small steamers were ordered for completion in 1822/23 for a Bristol to Cork and Dublin service, and began the company service as George IV of 136 grt and Palmerston of 115 grt with hull lengths of around 110 feet. Competition was intense with the St. George’s Steam Packet Company of Liverpool, formed by businessmen from Liverpool, Cork and Dublin, that had started their Bristol to Dublin services in May 1822, a year before the Bristol based company. Thus, a Bristol to Waterford and Cork service was also tried by the Bristol based company, with an outward call at Tenby and a homeward call at Milford Haven. The Bristol to Cork link by the St. George company began briefly in 1823 and restarted again in 1826 in direct competition with the Bristol company. The St. George company was restructured in 1843 to become the City of Cork Steam Ship Company for Liverpool to Cork services, and thus relieved the competition with the Bristol company.

In 1827, when the War Office contract expired, the company changed its name to the General Steam Packet Company, and again in 1834 to the Bristol Steam Packet Company, and was restructured on 23rd August 1836 with new shareholders as the Bristol General Steam Navigation Company. The office, with warehouse and lofts behind, at Princes Street was rented from the Corporation of Bristol for forty years, renewable afterwards every fourteen years. Five steamers of this era were built for the Bristol company at Hotwells in City of Bristol (1828 of 209 grt), City of Waterford (1829 of 271 grt), Killarney (1830 of 273 grt), Albion (1831 of 250 grt), and Osprey (1835 of 229 grt). They had hull lengths of around 150 feet, beam of 25 feet, a single deck with fo’c’stle, bridge and poop, and had two masts, a schooner rig, square sterns, quarter deck galleries, and half figureheads. Osprey was a fast ship, routinely making the Bristol to Waterford run in seventeen hours, and the Bristol to Dublin run in 21 hours. She was converted to ship rig in 1853 and sold for service in Australia.

160 Years of Irish and Continental Trading