Newbuild of the Month 10th December 2016 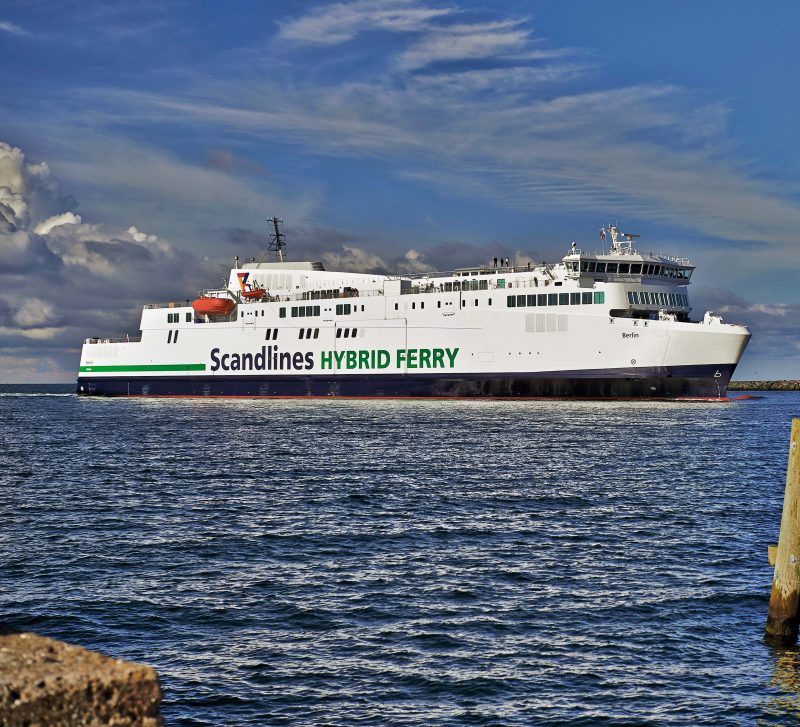 It was back on 26th March 2010 that Scandlines announced that a contract had been signed with P+S Werften of Stralsund, Germany for the construction of two new passenger and vehicle ferries for the company’s Gedser–Rostock route. The new vessels represented a total investment of €230 (including shore works) and would double capacity on the two-ship service when introduced in 2012.

The shipyard in Stralsund, a Hanseatic town in Mecklenburg-Vorpommern, Germany, with access to the Baltic Sea, was founded as Ingenieurbau G.m.B.H. in 1945. The facility became VEB Volkswerft Stralsund as from 1948. From 1948 to 1953 the shipyard produced 196 ships, all of them to be used for reparation payments to the Soviet Union. In October 1957, the first ship built for a fleet not pertaining to the Eastern Bloc was delivered to Iceland. In 1973, Lloyd’s of London saw the Volkswerft as number one in the production of trawlers worldwide. After 1990, the Volkswerft was privatised twice, first as Volkswerft Stralsund GmbH becoming part of the Vulkan-Gruppe (Bremen) in 1993, then, in 1998, as part of the Maersk-group, Maersk having paid 25m Deutschmarks. The yard has a large shipbuilding hall and a 275m ship lift to launch the ships. Maersk built 3,000 TEU capacity containerships here with a multitude of other vessel types being constructed. In 2010 Volkswerft Stralsund and the Wolgast shipyard (founded in 1948) on the River Peene in Mecklenburg were merged to become P+S Werften. Owned jointly by the Hegemann Group and a subsidiary Frankfurt Cornelius Treuhand GmbH, the yards had previously received loans of €48 million between them from the state of Mecklenburg- Vorpommern. Shortly after the inception of P+S Weften came the Scandlines order for their new ferries and the keels were laid for Newbuild Nos.502/503 on 28th June 2010. On 2nd December 2011, the first ship, to be named Berlin, was lowered into the water having emerged out onto the shiplift from the building hall the previous evening beneath a plethora of fireworks. Around 150 guests attended the event.