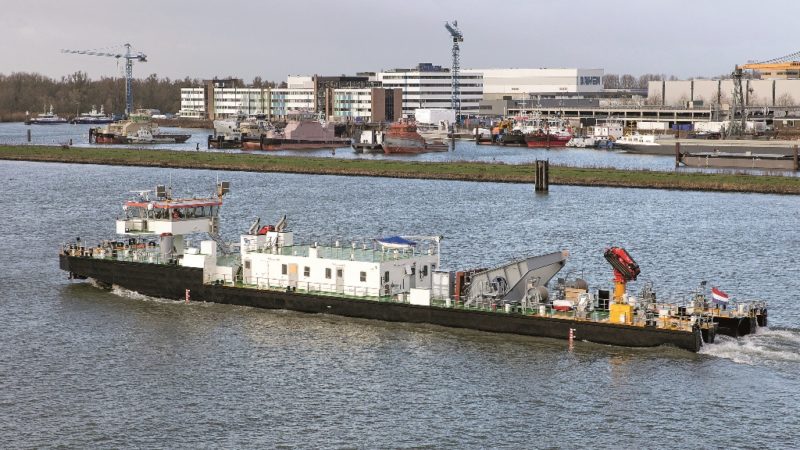 On 14th February 2019 Damen Shipyards Group was awarded a contract by WSA Rhine-Koblenz (Waterways and Shipping Office) for a rather unusual form of vessel, a new diving bell ship. The modern, 21st century diving bell newbuild succeeds an existing vessel, the Carl Straat, which had been in operation since 1963. Like her predecessor, the new vessel is for operation on the European trade artery that is the River Rhine, and its tributaries. The Dive Bell Vessel 7012 (DBV 7012) will be used to search for and recover lost cargo or wreckage. In addition, she will be used for important river bed work and for construction inspections. Other duties include the production of barrel anchors in gravel or rocky areas, obtaining samples by drilling with liquid nitrogen, inspecting lock gates and buoy anchor points and even the removal of unexploded ordnance. This sub-surface maintenance system makes it possible for the little ship to travel and operate on the Rhine and Moselle Rivers (and other waterways such as the River Main) without the need to lower the water level for any such maintenance.

A highly unusual Dive Bell Vessel makes Archimedes unique to Europe thus far, read about it in our feature.