A Tribute to the Early Years of Taikoo Shipyard, Hong Kong

Extracted and edited from the Far Eastern Review, May 1924 edition

“Hongkong’s Contribution to the Empire” was the headline in the May 1924 edition of “The Far Eastern Review”, a monthly journal dedicated to the Industrial Development and Advancement of Trade in Far Eastern Countries. 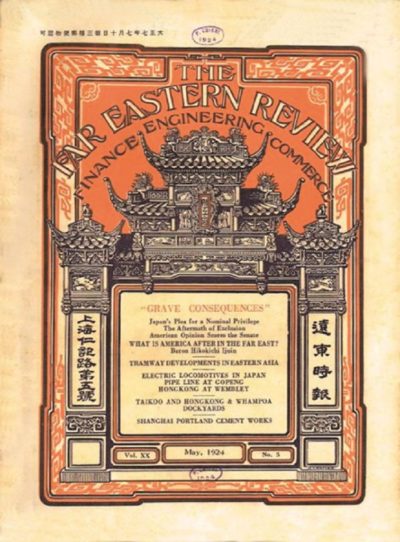 So highly regarded and prestigious was this journal to the intelligence communities of foreign countries, dozens of copies were shipped off around the world from Shanghai each month, ensuring that secret services agents, such as those sitting in dust offices in Europe and the Americas had plenty of photographs, in-depth descriptions of China and the Far East, as well as the latest exchanges then circulating among the political classes of these far-distant locations.

One of the important features contained within the May 1924 edition was an article on the Taikoo Dockyard, Hong Kong. This was intended to run in parallel with the British Empire Exhibition, held at Wembley in England, from 23rd April 1924 to 31st October 1925. The Taikoo Dockyard, and its competitor, The Hongkong and Whampoa Dock Co. had together created a large Far Eastern shipbuilding industry in Hong Kong, building ships for the then great British Empire, far and wide.

One of the most interesting exhibits at the show was a scale model of the Taikoo Shipyard, which was also supplemented by numerous photographs, plans and an array of other promotional material, pertinent at the time.

The Taikoo dockyard was built between 1902 and 1907. Its large, granite-lined dock was 787ft in length, almost 82 ft in width and could accommodate most of the world’s largest commercial and naval ships of the era, having been built to British naval specifications.

It was customary in the days of the Empire, for their Colonial companies to buy almost exclusively from the ‘home country’. It is no coincidence therefore, between 1901 and 1902, parent company Butterfield and Swire placed an order for two small steam locomotives from the Manning Wardle Company’s Boyne Engine Works in Leeds. The two engines of 0-6-0 wheel configuration were ‘saddle’ tank engines, which to non-railway buffs means that the water tank is placed over the top and around the sides of the boiler as if it were a saddle on a horse or donkey. The factory Works Nos. were 1514 and 1578 of 1901 and 1902, respectively. The wheel gauge of the locomotives being 4ft. 8½ins., at that time known internationally as ‘standard gauge’. These two steam locomotives were used throughout the dockyard, hauling steel, other materials and components between the construction slipway and the various other sites within the yard, connected by the rail network. 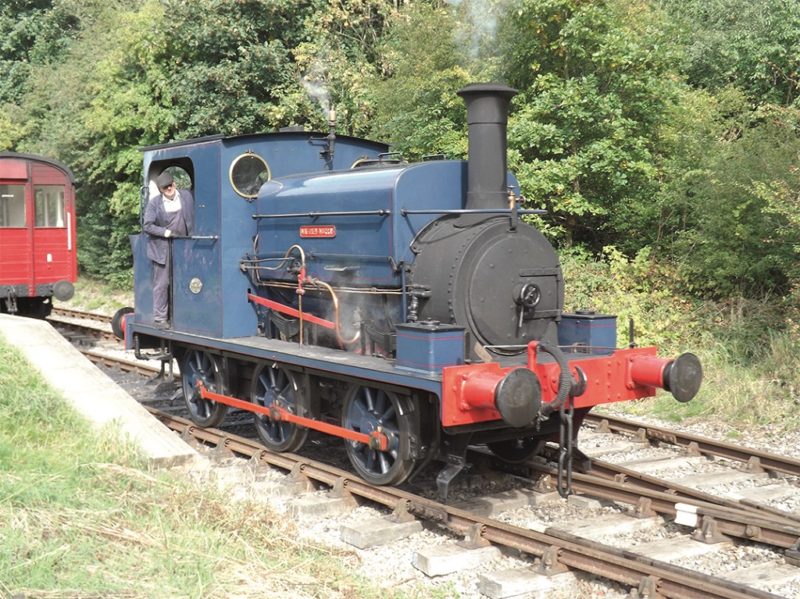 One of the original surviving saddle tank steam engines, used at Taikoo Shipyard, seen above at work in the shipyard and now used on the Middleton Railway in Leeds, close to the very site where the engine was constructed over one hundred years ago

As part of the ‘Contribution to the Empire’, there follows a random review of a few of the ships built at these dockyards, some of which could each merit their own interesting forum topic, with tales of piracy, kidnappings, arson, typhoon stranding, groundings on many of the South China Sea’s notorious reefs, by negligent or perhaps drunken Masters. Later the target of torpedo attacks or colliding with mines during the Second World War.

This feature was extracted and edited from the Far Eastern Review, May 1924 edition.